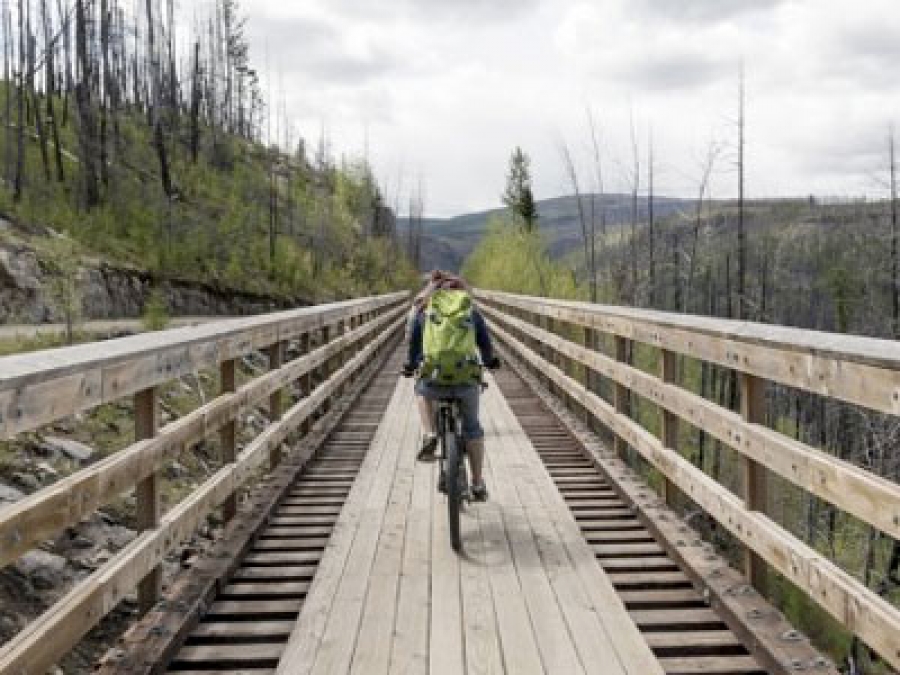 Between the windswept and unforgiving coastlines of Newfoundland and Nova Scotia, the Great Lakes region of Ontario, the majesty of the Rocky Mountains, and the icy regions beyond, there’s little doubt Canada offers up some incredible scenery. It’s easy to think of such varied and distant regions as distinct and separate, linked only by highways and flight routes, with a bit of leg work at the end of either.

Twenty-four years ago, however, a scheme was hatched to change the perception that Canada’s cities and wildernesses’ were not interlinked. And thus the Great Trail – a plan to create the world’s largest linked network of recreational trails – was born.

As it stands, some 87 per cent of the trail has been completed or linked, with plans to have the remaining 3,200 kilometres (much of which is in difficult terrain) completed in 2017 – the 25th  Anniversary of the trail’s far humbler beginnings.

Once complete it will cover some 24,000 kilometres, and will reach not just coast-to-coast, but northwest to the edge of the Alaskan border and into the Arctic Circle, with an estimated four out of five Canadians living within thirty minutes of the trail.

Though perhaps only the ambitious or insane would consider covering every kilometre, there may well be something exciting about stepping onto a path in Halifax and knowing that if you followed it, you could end up in Whistler, or in the shores of Lake Superior, or in the faraway reaches of the Northwest Territories, and it’s that very feeling they’ve tried to capture in this promo video.

You can explore the map and start entertaining the idea of a cross-Canadian hike here.