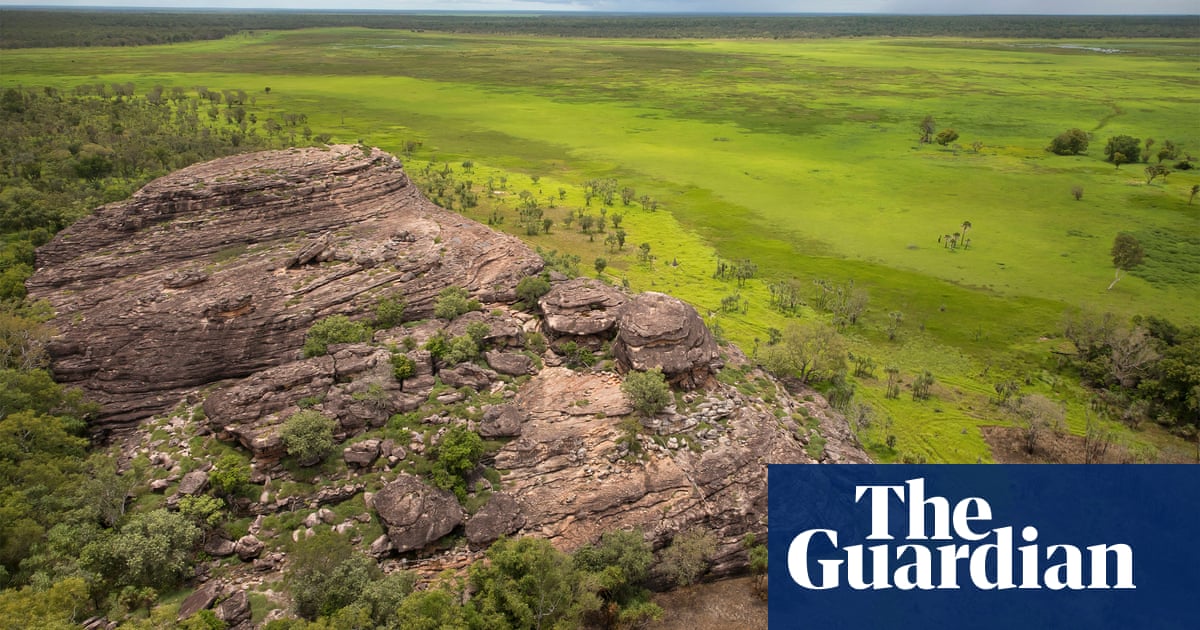 As an Australian who has seen quite a bit of the country, I am often asked to elect my favourite spot, which is an impossible question to answer. But I have no problem choosing my favourite state, or rather territory.

No place is so wonderfully, bizarrely Australian as the Northern Territory. At 1.4m sq km, the territory has roughly the same landmass as Peru but with less than 1% of its population. Its 244,000-strong population of barra-catching, roo-shooting, ute-driving locals is matched by roughly 100,000 saltwater crocodiles, putting the Territorian to “saltie” ratio at 2:1.

The NT is also rich in culture and languages, with Indigenous Australians accounting for nearly one-third of the population, the highest proportion in the country.

These days the NT caters for all kinds of tourists, from budget backpackers to resort honeymooners. But the best of the territory is often found at the end of a long dirt road. Those keen to make the most of their time there should consider hiring a campervan or four-wheel-drive with a pop-up tent. Then each day can end with the sun setting on spectacular red-dirt country without the pressure to race back to accommodation that might be hours away.

In the words of an immortal guerrilla tourism campaign, “CU in the NT”.

The Northern Territory’s capital city is a good place to ease into Territorian life and acclimatise to the tropical heat. The city has a long Chinese-Australian history – many of its earliest pioneers were Chinese and the city is still home to a number of “old Chinese families”, which is explored in the hokey but still fascinating Chung Wah museum. Of course, the story of the Larrakia lands upon which Darwin was founded extends back many tens of thousands of years, as told at the Museum and Art Gallery of the Northern Territory.

Like all cities that are a cultural mosaic, Darwin has excellent food options (which isn’t always the case in other parts of the territory). For exotic Asian fruit and veg, head to the Rapid creek markets, or to Parap village markets for their moreish Cambodian rice balls and other cheap eats. For fine diners, there is Pee Wee’s at the Point serving crocodile wrapped in betel leaf or local barramundi oven baked with lemon myrtle.

Hop in the car, drive two hours east from Darwin and you’ll end up deep in one of the largest nationals parks in the world. At 19,804 sq km, Kakadu national park is roughly the size of Israel. Its corkscrew-shaped pandanus plants and anthill forests hide world-renowned ancient rock art sites, including Ubirr (pictured, top) and Nourlangie, and grand 100 metre-plus waterfalls.

Deciding which season to visit is tricky: during “the wet”, Kakadu’s waterfalls gush at full volume; during dry seasons water features are not quite as fantastic but there is far less of a risk that roads will be closed because of flooding. Also, it’s safe to go swimming … or at least safer.

Every year at the beginning of dry season, rangers trap local crocs and move them to waterways where they can’t sample human sandwiches. Worst job in the world? The ranger who has to go for the first dip in a swimming hole before it is opened up to the public. Every time I asked rangers if a place was safe to swim, they had the same answer: “probably” but “impossible to guarantee” – after all, who knows if a croc might have crawled back in the night before. Despite the risk, I found it impossible to resist a dip in Kakadu’s first-rate natural swimming holes, such as the deep-plunge pool of Jim Jim falls or the watery nooks and crannies at the top of Maguk waterfall.

Boasting a third of all Australian bird species, Kakadu is a must for twitchers. Yellow Water Cruise is a tour of the park’s Cooinda wetlands, home to more than 60 bird species including kingfishers, comb-crested jacanas and magpie geese. There are several departures each day but nothing beats watching a rising sun gently shoo away mist from the lavender-coloured waters. Cooinda is also home to a number of “salties”, their tails slowly swishing left and right in their water.

Another option for cooling off is the croc-free waterfalls of nearby Litchfield national park. The drops aren’t quite as dramatic as Kakadu but they’re beautiful nonetheless.

With its 130kmh speed limit a quick zip south down the Stuart Highway will take you to the town of Katherine and the grand Nitmiluk (Katherine Gorge). Adventurous travellers should consider a return side trip to the misty savanna and eucalyptus forests of Arnhem Land in the territory’s north-east. The 11-hour drive on the dirt Central Arnhem Highway to its main town of Nhulunbuy is not for the faint-hearted and best tackled when driving a 4WD.

Those up for the challenge will be rewarded with time in one of Australia’s most distinct regions, rich in Aboriginal culture and largely untouched by farming and urbanisation (with the notable exception of a few mining sites). I spent close to a week camping in my own secluded blue-water paradise called Ngumuy (Turtle beach), walled in by thick coastal monsoon vine forest. My only companion was a 2-metre-long python as thick as my wrist that slithered its way through the campsite and then back into the jungle, politely leaving as quietly as it had come. Also worth visiting is the Buku-Larrnggay Mulka Art Centre in Yirrkala.

Visitors need to apply for a permit from the Northern Land Council. At the NLC’s Katherine office I was issued one on the spot but which only permitted me to travel to Nhulunbuy. Once there, I had to apply for a couple more permits from NLC’s Nhulunbuy office and a fourth permit from the Dhimurru Aboriginal Corporation to access the region’s recreational areas.

Since time immemorial, Kunjarra (the Pebbles) has been a women’s Dreaming site and meeting place for ceremony and dance. The low hills jewelled with egg-shaped boulders light up in warm red and oranges hues at sunset. According to a sign at the site, travelling through the Kunjarra are Dreaming people called the Munga Munga: “They are small, hairy women and children. They can play tricks on people and still interact with people living today.”

Twenty minutes’ drive south is Tennant Creek. The town sometimes gets a bad rap in the press but it boasts one of the best Aboriginal cultural centres in the country, the Nyinkka Nyunyu Aboriginal Art & Culture Centre. It’s also a good place to restock and refuel before heading to Karlu Karlu (Devil’s Marbles). In the words of the Warumungu people: “Kurta apijirra yingalmana” (“Don’t be frightened, come in.”)

Karlu Karlu means “round boulders” for the Kaytete, Warumungu, Warlpiri and Alyawarra traditional owners. These mammoth, granite boulders pose on rock bed in seemingly gravity-defying positions. As tempting as it may be to snap a selfie standing starfish in between the split rock or balancing boulders, traditional owners ask visitors not climb them and instead reflect on their spiritual power.

Smack bang in the heart of the country is Alice Springs, or simply “Alice” as it’s known to locals. Tourists mainly congregate at the cafes, shops and travel agencies of Todd mall, which features a local market every second Sunday.

There are galleries aplenty for art buyers in Alice but for those who just want to look, not touch, I suggest heading to the Araluen cultural precinct. Where private galleries vary in quality, the state-funded precinct is a curated display of 1,100 works and features the very best of central desert art. Don’t miss the permanent collection of works by the famed Arrernte watercolourist Albert Namatjira.

The town is also the start of the three week-long Larapinta trail. It begins at a historic telegraph station, ends at the majestic Mount Sonder, and in between winds through the West MacDonnell Ranges and many sacred Aboriginal sites. For those who don’t have the legs for a 223km hike – and there’s no shame in that – a popular option is to drive to the features on the trail, including Ormiston Pound, a natural rock stadium, and the secretive folds of Redbank gorge. And the five-star water views offered by the 300m-year-old Finke river makes for a great camping spot.

No trip to the NT would be complete without a visit to Uluru. It’s one of Australia’s most photographed and recognised landmarks, yet nothing compares to seeing it up close and in person. The drama comes not merely from its immense size but the fact that this rust-orange loaf of rock rises out of flat country, with little else in the way of mountains or monuments for thousands of kilometres.

It takes about three hours to walk all the way around but it’s worth it to get a close look at Uluru’s many different and distinct sculptural surfaces. Locals say the grooves at the base of the rock were left behind by the ancestral being Kuniya in his journey to the Mutitjulu waterhole. The park has designated sunrise and sunset viewpoints which always fill up fast. Otherwise there’s tons of room just beyond the hotspots and it’s still an extraordinary show as the sun draws to the horizon and the monolith burns in dozens of different colours.

The sacred men’s site Kata Tjuta may be Uluru’s less famous cousin but many tourists find the landmark just as compelling. Meaning “many heads” in the language of the local Anangu people, it doesn’t take much imagination to see the dome-shaped formations as the balding tops of a group of wise men conferring with one another.

Off the beaten track

If there’s anything the territory has plenty of, it’s sparsely beautiful, arid, rugged and remote country. Some added suggestions for trips include: head up the Tanami Road but be aware there is a 600km gap between fuel stations; on the way take a side trip to Ikuntji community with its dramatic Haasts Bluff thrusting out of the earth; visit the Tiwi Islands – 8,320 sq km of wetlands, waterfalls and deserted beaches – or Elcho Island, home to the largest Yolngu community; for barramundi fishers, cast a line from the eastern coastline near Borroloola, where there is plenty of wild and formidable terrain to be explored.