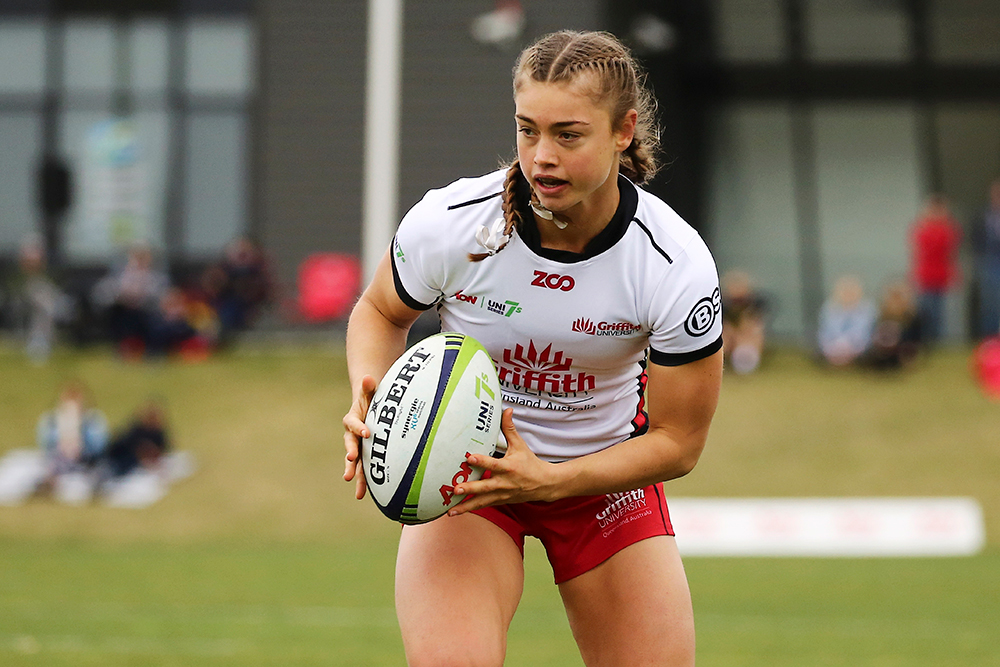 When Lily Dick was rehabbing a broken foot with deep water running in a neighbour’s backyard pool last year, the Olympics seemed a distant dream.

Here’s one member of Australia’s crack women’s sevens squad who has been given a lucky break by the year-long delay to the Tokyo Olympics.

Dick, 21, is fit again and eager to fire now this weekend’s revised plans for the Aon Uni Sevens have been released.

She had been planning to chime into the slick Griffith University side which won the Brisbane leg of the recent opening round.

Instead, to head off any prospect of being caught out by a sudden COVID border closure, all 13 of the available Australian squad players will play with teams in this weekend’s Newcastle tournament.

The teams from the University of Adelaide and Melbourne University have been switched from Brisbane to Newcastle’s No.2 Sportsground for a beefed-up six-team tournament.

The Queensland leg will go ahead at Surfers Paradise Rugby club with the three Queensland Universities and a Combined Queensland side.

Cancellations, changes and being adaptable have become such a part of life that our top sevens players have shrugged off the revisions.

“I haven’t played a competitive sevens tournament since late 2019 so I’m just keen to get out and play,” Dick, 21, said.

“Last year was hard with so many unknowns and not even knowing if there was going to be an Olympics at all.

“I’d broken my left foot and rebroke it so there was a lot of time in a boot and on crutches and more time spent reconditioning my body.”

Dick set up a home gym on the Gold Coast during the long lay-off in 2020, went full-time on her sports management degree and got back into surfing and bike riding.

All got her through 2020 in physical and mental shape.

The upside of the Olympics being delayed 12 months has been the youngster getting back into selection contention.

“This Aon series is really important. Without many tournaments to play, the coaches will be looking at these games as selection trials,” Dick said.

Rio Olympics gold medallist Charlotte Caslick has been switched from Bond University to Melbourne University where she will team up with close friend Dom Du Toit.

Pool B: No. 2 Sports Ground, Newcastle

National Round One: 1-2 May

Moore too good for Aussie in WSL final | Magnet