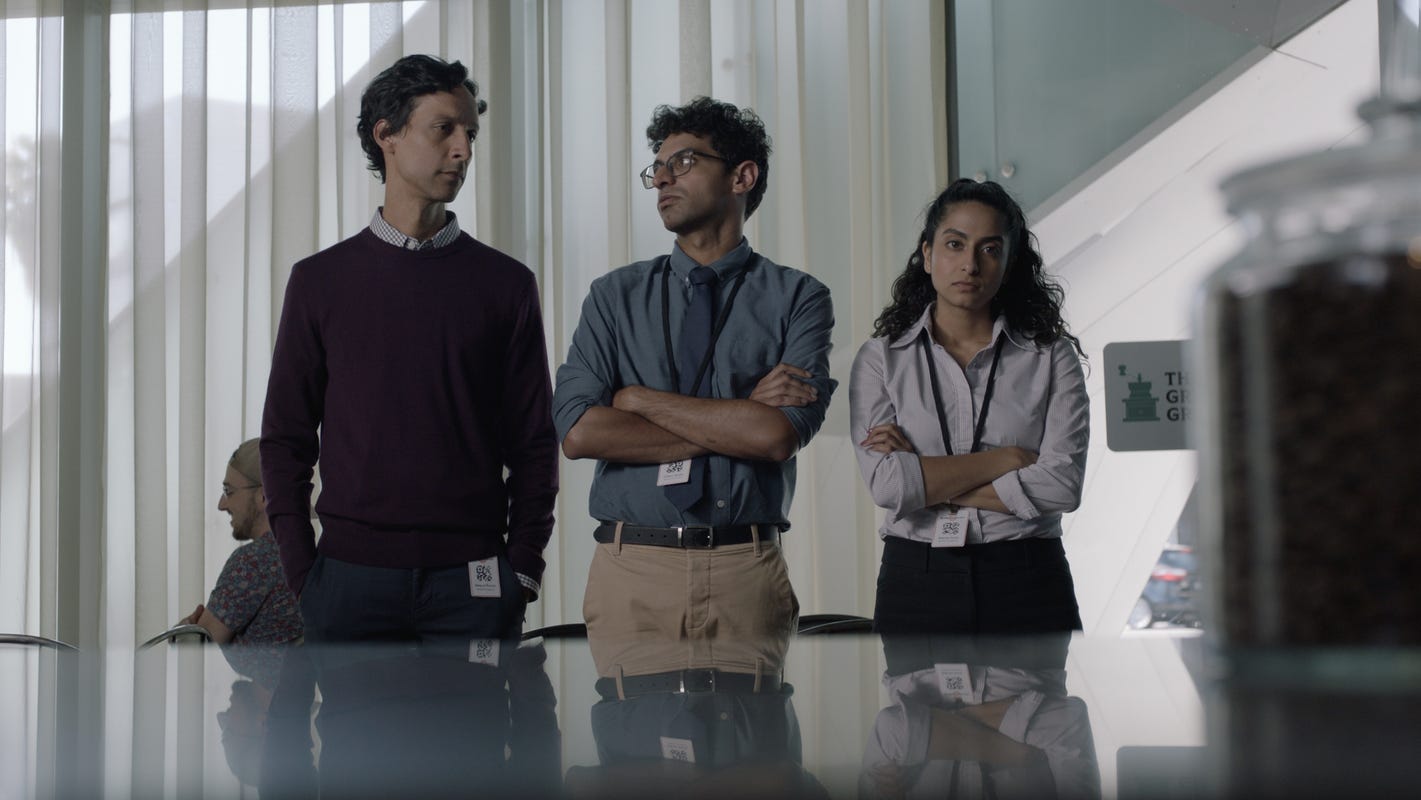 Frankie Fason stars in director David Midell’s “The Killing of Kenneth Chamberlain,” based on the true story of a retired Marine who was shot and killed by police in his White Plains, New York, home in 2011. The movie becomes available June 21 via the Oxford Virtual Film Festival. (Photo: Redbird Entertainment)

For Indie Memphis, the coronavirus shutdown disrupted more than business as usual.

But more than that, the pandemic postponed what was positioned to be perhaps the most significant milestone in the organization’s two-decade-plus history, the April opening of the Indie Memphis Cinema, an auditorium at the Malco Studio on the Square that would be dedicated to art, independent and classic cinema.

In response, Indie Memphis — like many arts organizations — has attempted to make virus lemons into virtual lemonade, so to speak, by moving its programming online.

At the same time, Indie Memphis and the region’s other major film organization, the Oxford Film Festival, recognized that they needed to offer supporters more than something more to stare at.

To that end, these festivals have accompanied their switch from theater-based movie projection to home-based movie streaming with innovations in technology and programming that organizers say will pay off in the post-quarantine future.

For example, video-conferencing technology has enabled Indie Memphis to host live, interactive, online film discussions that would be the envy of any arts organization anywhere, as part of the “Indie Memphis Movie Club,” a streaming screening series.

Participants in post-movie discussions have included (to name a few) Robert Townsend, whose “Hollywood Shuffle” represents a major success story in the history of do-it-yourself cinema; Brazil’s Kleber Mendonça Filho, co-director of the provocative new “Bacurau”; Richard Brody, film critic with The New Yorker; and Barry Jenkins, Academy Award-winning writer-director of “Moonlight” (Oscar’s Best Picture of 2016) and “If Beale Street Could Talk.”

Jean Arthur and Charles Coburn made merry in 1943’s “The More the Merrier,” which “Moonlight” director Barry Jenkins discussed this month on the “Indie Memphis Movie Club.” (Photo: Columbia Pictures)

“This whole situation is horrible, but we’ve looked at it as a push to try out new things,” said Indie Memphis artistic director Miriam Bale, chief programmer of the organization’s feature film content. (Indie Memphis director of operations Brighid Wheeler is the programmer of short films.)

“People get into habits of doing things the same way, and this has pushed us to find new ways to build an audience and use new technology.”

Meanwhile, the 2020 Oxford Film Festival has launched an ambitious initiative that has attracted the attention of the film-festival community nationwide.

Canceled at essentially the last minute (the event was scheduled to begin March 18, and Mississippi’s governor announced that state’s shutdown on March 13), the Oxford filmfest has moved almost the entirety of its programming online, so that close to 200 feature and short films that originally had been scheduled to be screened over four days in Oxford are now being distributed in themed programming blocks through September, with new work debuting every Friday.

As usual for Oxford, the films include many produced in Memphis, the Mid-South and Mississippi, and they are supplemented by online discussions, question-and-answer sessions, and other events of the type one expects to find on a film festival schedule. Pricing is similar, too: A “pass” to all festival “events” is $175, as it was for the original festival; meanwhile, a “ticket” to watch a single screening is $10. A pass for a student in college or in grades K-12 is only $50. In all cases, the revenue is split with the filmmakers.

In Deepak Sethi’s “Coffee Shop Names,” three Indian people imagine the”coffee shop names” they should give baristas because their actual names are hard to pronounce. The short is part of the ongoing “Oxford Virtual Film Festival.” (Photo: Deepak Sethi)

“We are trying to be ambitious,” said Melanie Addington, Oxford Film Festival executive director. She said the online festival, which began April 25, already has sold about 3,500 tickets — almost half the 8,000 or so the festival typically sells during its normal run. In addition, she said, close to a thousand passes have been sold.

“The pandemic hurts our entire film ecosystem,” Addington said. “Filmmakers cannot show work, theaters can’t be open, we can’t travel to film festivals. So we’re all in this together, all trying to figure out clever ways to help each other and make sure we can come out on the other side.”

Ghostly visions haunt a teacher who escapes a school shooting in Christopher Wesley Moore’s made-in-Mississippi feature “A Stranger Among the Living,” which becomes available May 15 via the Oxford Virtual Film Festival. (Photo: CWM)

Indie Memphis executive director Ryan Watt said the opening of the new Indie Memphis Cinema screen has been pushed forward to an unknown date. But each week Indie Memphis continues its online programming, “we’re figuring out more ways to make it unique and special.”

Typically, Indie Memphis offers two or three “Movie Club” films at a time, most of which are available to watch for two weeks. Some are new films offered in partnership with a distributor; others are older films or “classics” available for free to subscribers of various services. For example, Jenkins — in an event worthy of being a bonus feature on a Criterion Collection Blu-ray of the film — joined Bale to discuss the 1943 screwball comedy “The More the Merrier,” available on The Criterion Channel.

Some other films the Movie Club has offered include the new Italian mob epic, “The Traitor”; a documentary about the eccentric culture of rare book collectors, “The Booksellers”; the latest from British auteur Ken Loach, “Sorry We Missed You”; and the 1976 Brazilian film “Dona Flor and Her Two Husbands.” Discussions, which last an hour and generally take place at 8 p.m. each Tuesday, can be viewed live on the Indie Memphis website or on YouTube; after that, they remain available to watch on the Indie Memphis YouTube channel.

Next up for the Movie Club is the new British comedy “How to Build a Girl,” directed by Coky Giedroyc, whose credits include episodes of “Penny Dreadful.” The live online talk Tuesday (May 12) will be with co-screenwriter Caitlin Moran, author of the novel of the same title that was the basis of the movie. Because Moran is in London, the time for the talk is unusual: It starts at 4 p.m.

Indie Memphis also is participating in non-“Movie Club” screenings. For example, Indie Memphis is joining the Memphis-promoting We Are Memphis website and WKNO-TV Channel 10 as hosts of a “Watch Party” to coincide with the next edition of “IndieTV: Local Shorts Films from Indie Memphis,” set to debut at 8 p.m. May 18. Viewers can join We Are Memphis’ Facebook Live and YouTube channels to chat with each other during the screening, and then talk with the filmmakers after the program.

A Memphis technology company named Eventive has been crucial to the success of the online efforts of both Indie Memphis and the Oxford Film Festival.

Developed some five years ago by longtime Indie Memphis supporter Iddo Patt and his then-teenage son, Theo Patt (a tech prodigy who actually built the system), Eventive “integrates streaming, ticketing, pass management, scheduling, and audience data onto a single intelligent platform,” according to its website. In other words, it streamlines currents of information that in the past often failed to connect, making it much easier for festival organizers to determine ticket sales, attendance figures, and so on.

Where Eventive has been especially invaluable in the current “virtual attendance” world is that the company can add a streaming platform to the ticketing component of a host organization’s website. This means that, in most cases, audience members who want to watch an Oxford Film Festival or Indie Memphis Movie Club film can do so directly from the website, as part of their ticket-buying process, rather than having to register with some film distributor’s site or being redirected some other way. This “virtual box office” experience  makes the process simple for both the patron and the host.

Udo Kier was among the cast of the Brazilian “Bacurau,” the film that launched the online “Indie Memphis Movie Club.” (Photo: Kino Lorber)

Watt and Addington said Eventive’s innovations make it likely that the festivals will continue to incorporate online opportunities into their programming, even if social distancing becomes unnecessary. Indie Memphis, for its part, already has begun hosting its monthly “Shoot & Splice” film discussion series online, and recently held a Zoom-style youth filmmaking workshop.

“I think film festival lovers are still film festival lovers, even when they’re on their couch,” Addington said. “Just like when you actually go to a film festival, you’re supporting your community, and showing you trust the voices of the curators. I know I want to see what Miriam Bale and Brighid Wheeler bring to Indie Memphis, if it’s online or in a theater.”

For more information or to watch the films, visit indiememphis.org and oxfordfilmfest.com (click on the “Virtual Fest” link near the top of the page).

Good News For Festival Goers – The Show Must Go On