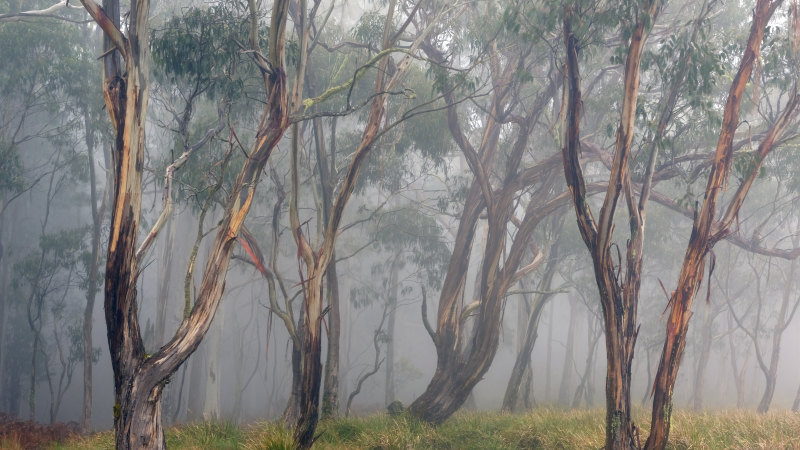 Victorian National Parks Association executive director Matt Ruchel slammed the plan as a last-minute effort to “snatch and grab” ahead of the ban on logging, and before the state decides if it will reclassify Mt Cole as a national park, which would prevent timber harvesting.

“It seems provocative to increase the number of coupes [areas that can be logged] and the intensity of logging in that area, which would impact on both the integrity of a national park – if it’s proclaimed – and the amenity and integrity of the Beeripmo Walk,” Mr Ruchel said.

“The Beeripmo Walk is well recognised as an attraction in the local area, promoted by local tourism boards … and logging around it and right up to it will destroy the amenity and its attractiveness.”

VicForests said its timber plan for the western district was mostly for “very small scale community forestry and firewood operations”.

“VicForests only harvests a small amount of timber from the Mt Cole region,” a spokesman said.

“In 2018/19, only 4.7 hectares were harvested in the region, which is well below the 10 hectares mandated for Mt Cole, and a very small part of the about-3000 hectares harvested across Victoria each year.”

In a statement on Tuesday, VicForests said the gazetted plans provided the timber industry with certainty, and helped communities understand where timber could be harvested from.

Darren Edwards, founder of website guide Trail Hiking Australia, has completed the Beeripmo Walk twice, and earlier in the year made a submission to VicForests’ draft timber plan, calling on the agency to reconsider logging in areas designated for public use.

“The Beeripmo Walk is one of the closest overnight hikes to Melbourne,” Mr Edwards said.

“It’s a walk that offers quite a range of terrains. It’s a very good family walk heading for an overnight trip, and it has some challenging sections for people who want to complete it in a day.

“And it offers people a really good opportunity to escape into the bush in a part of Victoria where there aren’t a lot of mountainous areas, other than the Grampians.”

A state government spokeswoman said: “We’re phasing out native timber harvesting in all state forests by 2030.

“We’re carefully considering VEAC’s report [about reclassifying Mt Cole as a national park] and will respond next year. The Timber Utilisation Plan is an operational matter for VicForests, which is overseen by the Office of the Conservation Regulator.”

Sumeyya is a state political reporter for The Age.

‘Legs Are Very Heavy When They’re Not Connected to Anything’

Overseas trips you can make over a long weekend