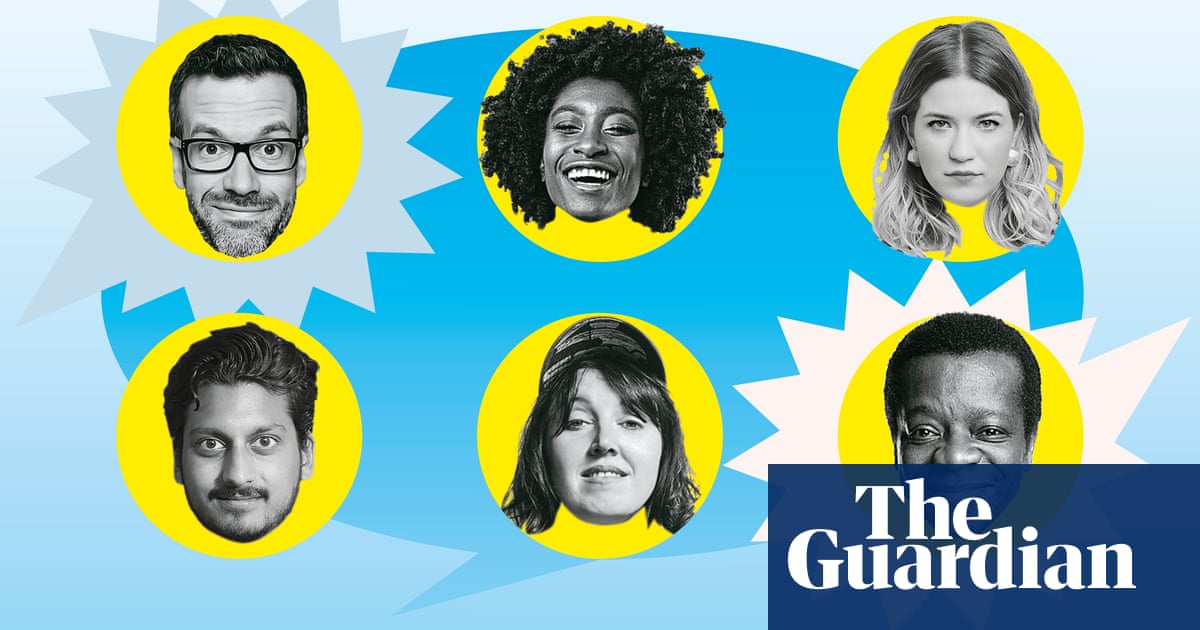 “How many fringe performers does it take to change a lightbulb? 5,000. One to change it and 4,999 to tell them their lightbulb-changing act has been woefully overlooked by the industry and got a standing ovation when there were no critics in.”

“Just because you do a bad job once, it does not make you a bad person. My uncle recently beheaded a woman – not a bad person, bad magician.”

“I’m amazed Dominic Cummings kept his job – in most Tory governments you get fired immediately if they find out you went to Durham.”

“All of my desires in 2020 sound like the desires of someone from 1920. The other day I genuinely thought: ‘I wonder when I will next be in a motor car.’”

“I live in a sort of creative community up a hill in Bristol. It’s not a ‘gated community’, but it is quite a steep hill.”

“I transition my summer dresses into winter by simply being depressed in them.”

“I’m gay and I really love it, but I don’t like it when people refer to us as ‘the gays’ like it’s a nationality. As if we’re all from the same country. I can’t really imagine what that country would be like, other than heavily dependent on immigration.”

“I think the next Jurassic World film should be called A Reptile Dysfunction.”

“The biggest downside to very young children is that they are quite boring. Like, they want to show you they love you by talking to you all the time but everything they know you already know. Literally zero value added in any of those conversations.”

“The most effective way to make a straight man uncomfortable: when one knocks on your bathroom door, say: ‘Come in.’”

“I’m vegan, but I’m not here to tell you that I’m living my life better than you. I’m merely here to imply it.”

“You’re not a real fan of the news if you haven’t been watching it from the beginning.”

“The main cause of climate change in the UK at the moment is Prince Andrew burning all his clothes and documents.”

“If I were God I’d spend all my time appearing at Richard Dawkins. He’d never tell anyone, but it would really piss him off.”

“I came out just before lockdown. Suddenly I was free to be who I really was … but only as long as I stayed in my room.”

A festival in Redding during the pandemic? Here’s the scoop