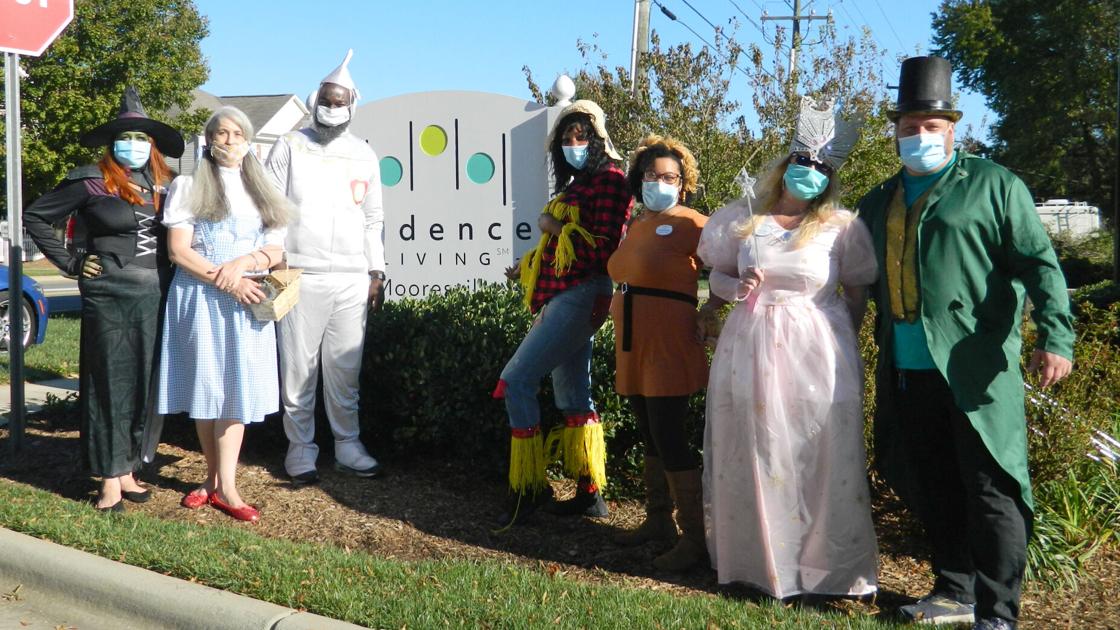 At various times during the afternoon and evening, entertainment was provided by several individuals and dance groups.

Jim Cooper, a social worker with Hospice and Palliative Care of Lake Norman, sang and played the guitar during the early afternoon. As he looked around the parking lot, he pointed out the intergenerational aspect of the event.

“When you can blend old and young, it is a good thing,” Cooper said. “It is good to bring cheer and celebrate,” he noted about the time together.

Acrofitness was there and performed a routine from the popular movie “Frozen,” sharing their high-flying gymnastics moves for the group.

Marie Severance, owner of the team, said that they were “thrilled beyond belief” to be there. This is “our first team performance in a year,” she noted. “With Megan (Lilly) bringing normalcy, we are thrilled to bring entertainment.”

Also on hand to entertain at the festival was Elvis impersonator Steve Driscoll, who serves as branch manager with Bayada Home Health Care.

Not only did the entertainers want to provide joy and fun for the residents, but the vendors wanted to do their part to bring a bit of cheer.

Notes from attending a ‘digital’ film festival: Wider audience and hope for sustenance of cinema