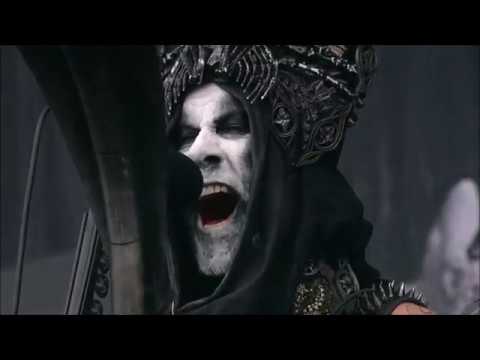 With pretty much every festival under the sun either cancelled or rescheduled in the wake of COVID-19, Download UK, the showpiece event of the Download festival calendar, is throwing fans a lifeline.

The festival itself called it quits just over two weeks ago at the time of writing – a festival that was set to feature headline performances by the likes of Kiss, Iron Maiden and System of a Down.

However, the festival has now announced Download TV, a virtual festival taking place over the originally scheduled festival dates (June 12-14), with the festival broadcasting concerts, interviews and interactive content across their social media channels.

“Pitch your tent and prepare to mosh, we’re bringing Donington to you this Summer!” said the festival on their Twitter account.

“Of course, we want you lot to be as involved as ever! Put your tents and flags up in your garden, send us pics of previous years, air guitar to your fave bands – this weekend is about YOU, the fans, and celebrating the Download community.”

Pitch your tent and prepare to mosh, we’re bringing Donington to you this Summer!https://t.co/qcIuB4GD1P pic.twitter.com/6ZM9WuPmt5

The lineup is yet to be announced, but we wouldn’t be surprised if more than a few of the names booked to appear at this year’s event will be making a virtual appearance.

Unfortunately, there are no such plans in the works for the Aussie edition of the festival, which was cancelled just a week out and was due to feature sets from My Chemical Romance, Clutch, The Hu and tones more.

SBA to hold virtual reading festival from May 27