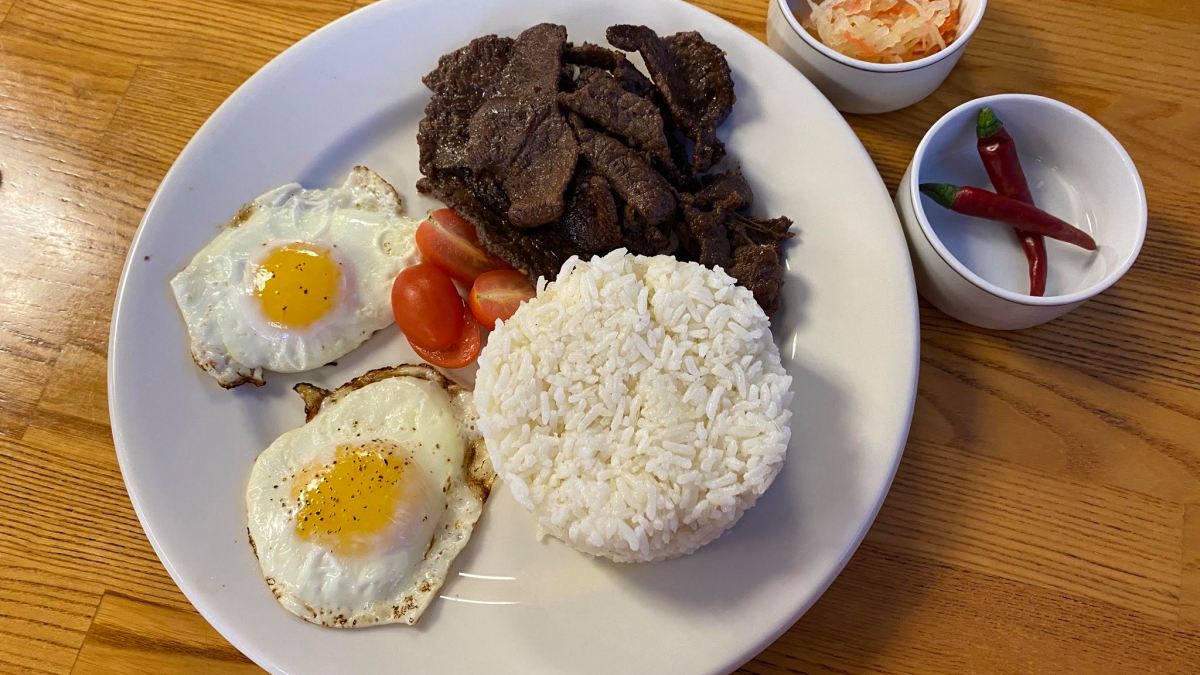 This weekend, Dallas is about to see its first ever festival celebrating Filipino culture and cuisine.

We got a sneak peek at some of the cuisine being offered by one of several local cooks and family businesses for the Dallas Filipino Food Festial on Sunday.

“Filipino food is more of what we have available in the Philippines. We use fresh ingredients: coconuts, fresh fish, fresh meat and veggies,” she said.

Ramos is from the island of Negros, a rural province in the Philippines. Her specialties during the festival will feature street-style chicken dishes and the flavors she believes defines her homeland. She also plans to make her own version of boba — a popular Asian tapioca drink — but with jellies and fruits, without the milk.

“We have incorporated all of the Spanish cuisines, Japanese and Chinese — and rolled it all into one delicious thing and made it our own,” she said.

For example, Ramos says noodle dish called ‘pancit’ is similar to Chinese noodles, but with a Filipino twist adding fresh vegetables and meat. Lumpia is the Filipino version of an eggroll, accompanied by a sweet but tangy dipping sauce.

“We are really excited that we are introducing Filipino food to everyone who may not know what Filipino food is like. And for those who are from the Philippines, it is nostalgia for them,” she said.

Here’s what makes this festival a big deal — while there are thousands of Filipinos in North Texas, you might not notice a culinary footprint in the metroplex as prominent as some of the other Asian cultures.

Organizers say that’s because Filipino communities are much more spread out across Dallas-Fort worth.

“Dallas actually has a huge Filipino community, except it’s all in the suburbs and that’s where all the filipino mom and pop restaurants are,” said Daniel Gerona, the festival organizer who grew up with his Filipino parents in McKinney.

Gerona started a pop-up called Not Your Lola’s, which has helped to bring Filipino food to the metroplex in smaller events at local businesses or private parties.

“I want to do this for the community,” he said about his excitement for sharing the Filipino culture. “And it’s not like traditional Filipino food either. All the influences we had growing up – Texas influence – that we try to put in our food.”

The hope is for this festival to bring those flavors from the Pacific island nation together in one celebration for Texans to enjoy.

“We are going to start bringing them altogether in one place and celebrate our community,” said Ramos.