This weekend, for our first installment of Surf Cinema Sundays, we’ll be showing the award-winning film ‘Bustin’ Down The Door’ powered by TheSurfNetwork and free for Surfline Premium members. We’ll continue showing iconic surf movies every other Sunday. Sign up for a free trial here, and you can also stream/rent the film by going to TheSurfNetwork’s site.

There’s no shortage of surf movies out there: digital copies circulating online, DVD classics enshrined on surfers’ shelves, VHS relics feeding silverfish in a vault somewhere near the Ark of the Covenant. But there’s only a handful of truly essential time capsules that should be required viewing for every subsequent generation to learn from — Surf History 101, if you will. Bill Delaney’s 1990 film Surfers: The Movie is one. The 2019 HBO documentary Momentum Generation is another. And of course, there’s Bustin’ Down The Door.

Directed by Jeremy Gosch and narrated by Hollywood star Edward Norton, Bustin’ Down The Door focuses on the Winter of 1975-76 on the North Shore of Oahu, when a bunch of brash dudes from South Africa and Australia (Wayne “Rabbit” Bartholomew, Shaun Tomson, Ian Cairns, Peter Townend and Mark Richards, in particular) infiltrated a Hawaiian custom and transformed it into a professional sport, laying the foundation for a global culture, a legitimate career path and a billion-dollar industry. In other words, the genesis for everything pro surfing is today.

Here’s what BDTD star/ executive producer and 1977 World Champion Shaun Tomson had to say about the experience, a dozen years after its release.

Surfline: When the film premiered in 2008, the professional surfing landscape had already seen seismic changes since your generation planted the seed. Now, in 2020, pro surfing has entered a whole new era of legitimacy between the ASP/WSL transition, the Olympics and other watershed developments. At this point, do you feel proud, disturbed or just dumfounded?

Shaun Tomson: Actually, I thought surfing would be much much bigger. [Laughs.] Speaking for myself, I’m very proud of where surfing has gotten, and I think all the guys are. I thought ultimately surfing would get into the Olympics one day, but I never saw the whole way through this explosion. Then, you have the division between pro surfing and freesurfing, which is unusual to me. Because with us, there was no division.

Back in the ‘70s, you might’ve been able to predict certain things, the undying prestige of the Pipe Masters for instance. While other things, like the Surf Ranch, must’ve been the furthest thing from your mind. What else has shocked and/or inspired you about professional surfing in 2020?

I never saw the wave pool thing coming, because we had some experience with it when I was on the tour in the mid-‘80s (1985 World Professional Inland Surfing Championships in Allentown, PA) and it was such a dismal failure. So that’s the one thing that blindsided me. Also, I never saw the demise of the surfing industry. I never thought the brands would become so over-distributed that they’d lose their elemental attraction, diverging from the path of what surfing is all about. Because people are as stoked as they ever were. When I go surfing now, there’s more surfers in the water. The level of stoke and the attraction to surfing is still there, but the brands lost their way. 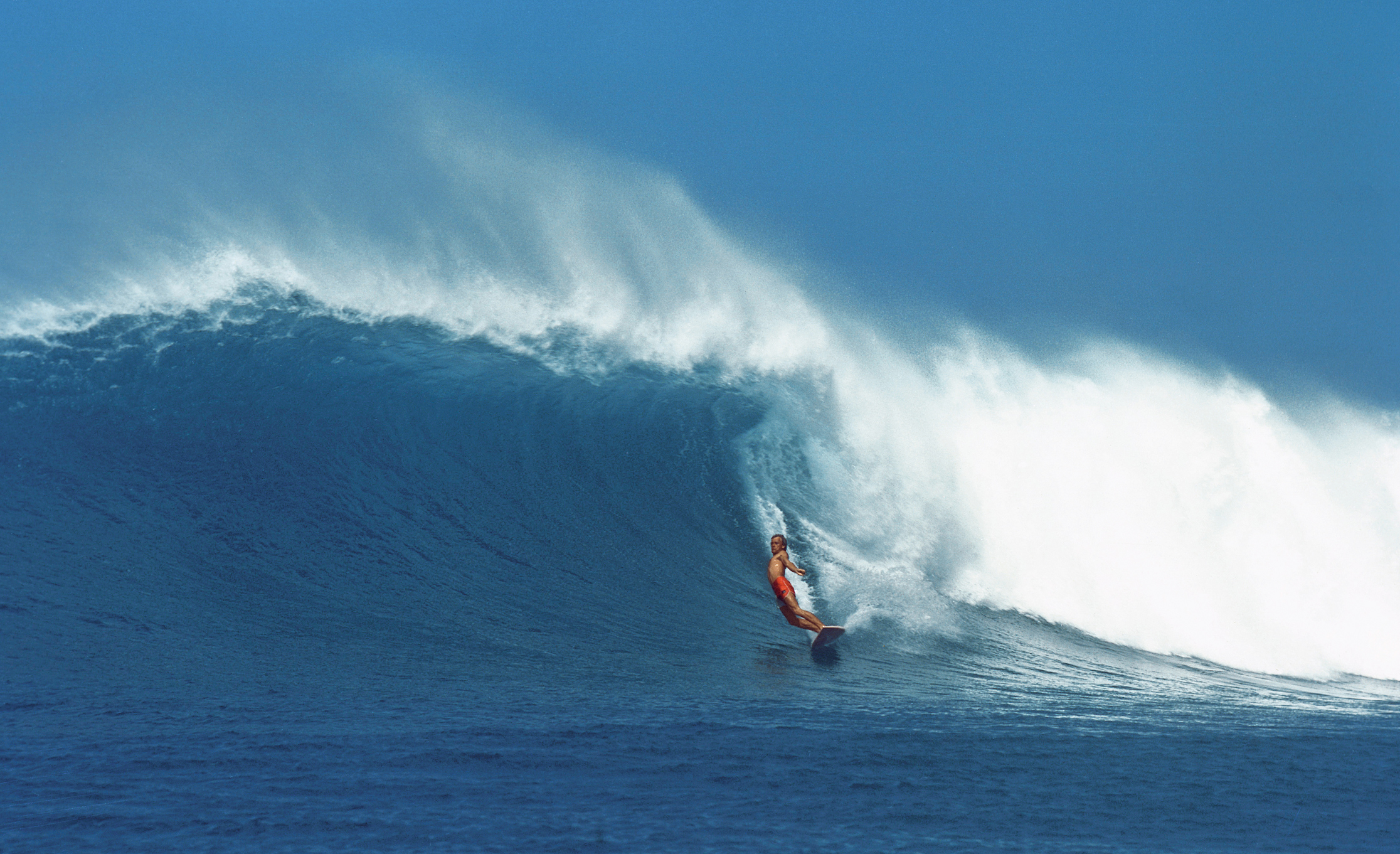 Perhaps the current industry dons might benefit themselves from a good screening of BDTD themselves, or better yet, their successors.

Yes, this film is really about youth. It’s about rebellion. It’s about courage. And it’s about action. I think [those themes] are just as relevant today as when this all first occurred back in the mid-‘70s. And I think the film is very relevant for any young person that wants to be successful. Yes, it chronicles the turbulent rise of pro surfing, but I think more than that, it’s about achieving your dreams. That’s really what we wanted to portray in the movie, and I think that’s why it succeeded on many different levels. Even if you’re not a surfer, you can appreciate that if you have a big dream you’ve got to bust down the door. Because no one’s going to open that door for you.

And once you’re through that door, never leave. In other words, keep surfing.

We wanted to portray this wonderful connectivity that all of us had to each other and to surfing, and I think that really came through in the movie. And that’s what people appreciate, like my deep love and soulful connection with tuberiding, when I felt that I could curve the water to my will. It’s not all about the win. For us, winning was secondary. What was important was the spiritual connectivity with the ocean. And performance.

Ah, yes, that was arguably the most dynamic performance surge in history.

Oh, we were just breaking new ground all the time. We were so focused on being radical, getting deeper, doing maneuvers that had never been done. It was such an explosive period of exploration in the water; and also out of the water, because we helped create this whole movement, this industry, and this lifestyle that millions of kids aspire to today. And for people that aren’t surfers, I think one of the fundamental attractions about surfing is it has that edge. You don’t have to have a super-duper squeaky-clean image. Yes, there’s the risk aspect with guys riding huge waves, and yes, we wanted to create this amazing sport. But with that we always maintained that soulful connectivity. And I think the pro tour has in some ways tried to scrub that out, which is strange. 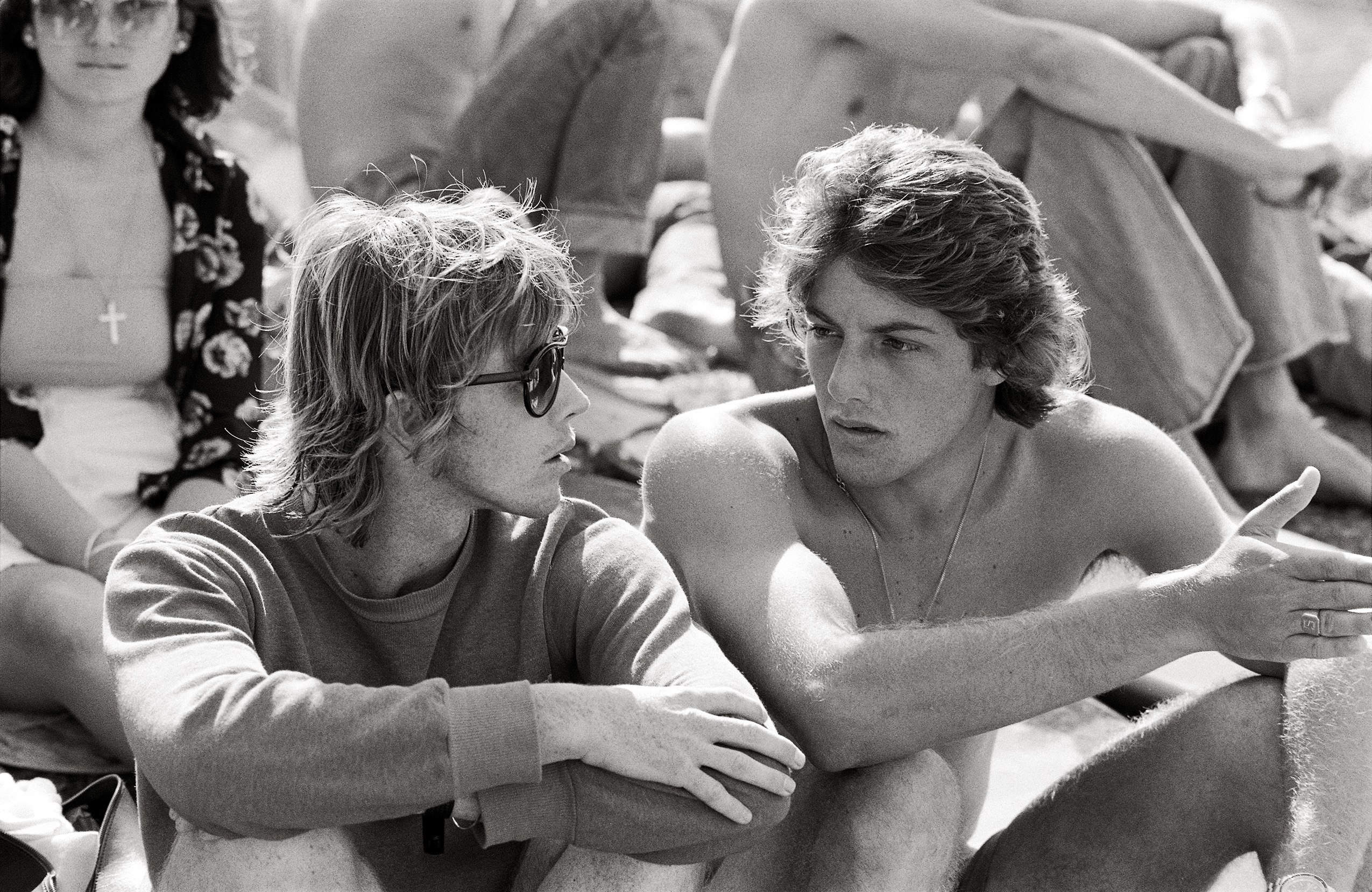 How important is this medium, documentary filmmaking, in preserving an integral part of our history?

It seems that there’s two types of films these days in the surf genre. One is a series of beautiful surfing pictures that, as soon as you see them, you forget them. Like, you watch a sporting event and you’re there for the day and it’s amazing; then you go home and you’re generally looking to change the channel to the next sporting event. And the other is the documentary story, classics like Endless Summer, Step Into Liquid and Surfers: The Movie that have relevance beyond that particular day. We wanted to capture the story of this rare, pivotal moment in time when everything changed in surfing — focused on a group of young guys who all had this dream of making an impact and becoming the best in the world. But there was another important period before us, which I think was never accurately covered, and that was the Shortboard Revolution. That was a massive period of change.

How did the whole idea come about?

When I retired from surfing and my company and lost my son, I wanted to do something special, and in some ways this was part of my healing process. I spoke to the director, Jeremy Gosch, a mate of mine, and he had some time to discuss important moments in surfing. I thought about what happened in 1975-76, and the first phone call I made was to Rabbit: “Hey Rabbit, I want to use your title for that Surfer Magazine article you wrote, because that really represented that period.” And that’s how it happened. Jeremy and I worked really hard together, and 18 months later we had a movie. For me it was very special, a labor of love.

Start your 15-day free trial to Surfline Premium and get access to iconic surf movies — and the world’s best forecast team. 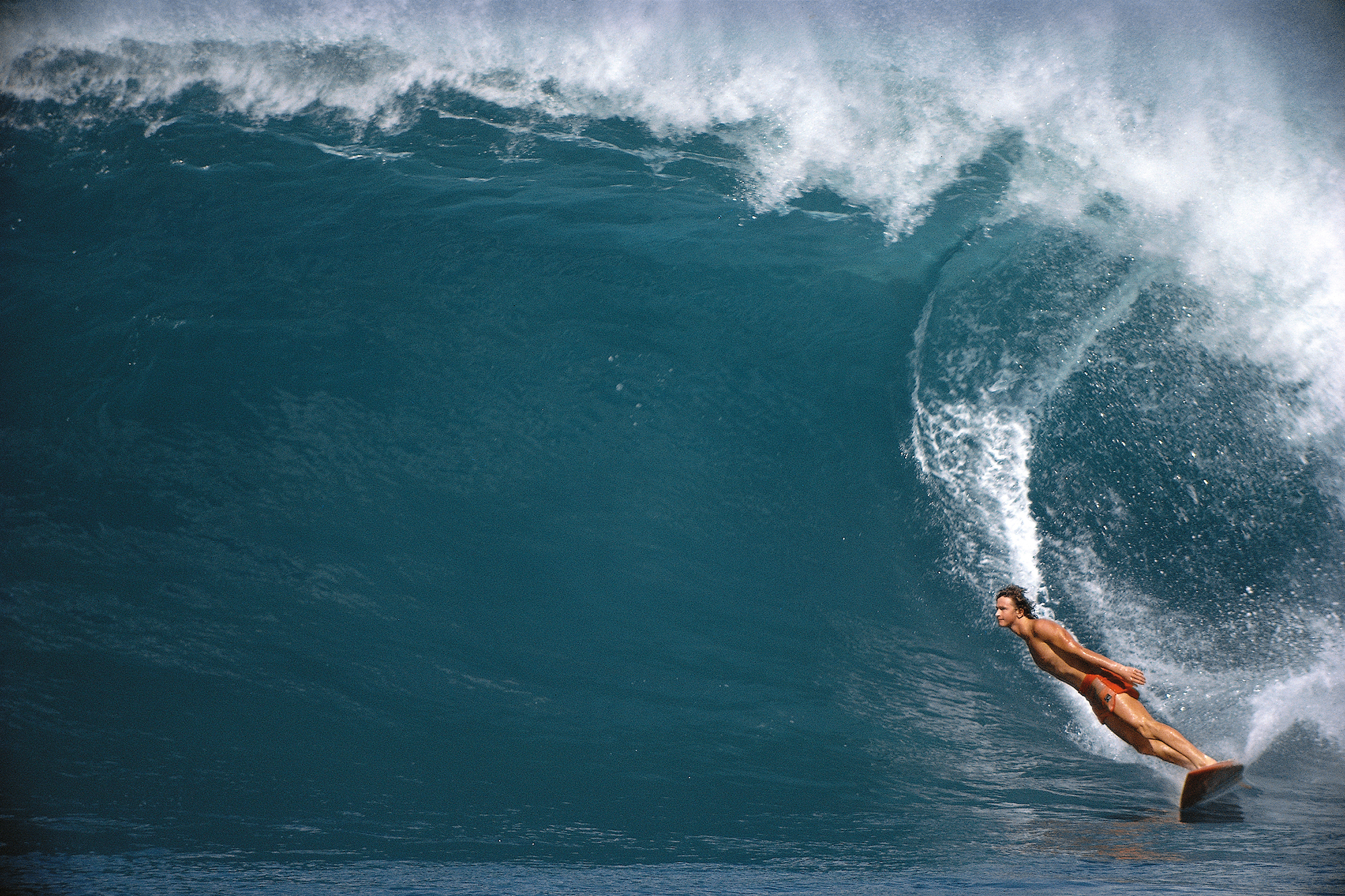 What was your favorite part of the whole process: filming, post-production, promotion?

Filming the interviews. I think we did 34 interviews, and they were fascinating to check. I really enjoyed promoting it, as well — going around to the theaters, meeting people and seeing their reaction to it on the big screen. The very first public showing was at the Santa Barbara Film Festival at the Arlington Theatre, which holds 2,700 people. There were lines around the block trying to get into the movie. It was one of the first digital showings, which was just starting to happen back then, and Jeremy and I were sitting together with our wives. As it came up on the screen, the movie pixelated. The whole screen just turned into pixels! I grabbed Jeremy’s arm, he grabbed my arm, and we both nearly had a heart attack together. [Laughs.] It just lasted a quarter of a second, but it was terrifying, and for the rest of the film we were just praying that it wouldn’t happen again. That was such a rush! Our lives flashed before our eyes. It was like a 12-foot drop straight off the ledge at Pipeline.

And the most challenging part?

We really wanted to have a fair and balanced account of what happened, and I think we did. We were the first documentary film to ever chronicle illegal annexation of Hawaii by the United States. It was an absolute tragedy. We wanted to show that there was resentment towards colonialism and the takeover, so people could understand the Hawaiian sensibility with having this group of guys from the Southern Hemisphere coming over and making this big push for a lifestyle in this Hawaiian sport. We wanted people to understand why there was so much aggression and this idea that we were trying to usurp the culture, which we weren’t. Anyone who watches it will see this is not a movie of conquest or dominance, but of realizing your dreams. So I think every single aspiring pro surfer should watch this movie, because there are fundamental lessons about life, about success, about failure, and about respect.

Tell us about the book, Bustin’ Down the Door: The Surf Revolution of ’75. Was that project always intended to supplement the movie?

That was intended to be a companion to the film, and to highlight the amazing work that Dan Merkel had done. Dan was the first guy that really saw the potential in this new group, and he was always there photographing us. He had amazing imagery, I hooked up with a publisher in New York, and we did a book deal and used all of Dan’s photographs. I had all these amazing articles, Dave Parmenter wrote a brilliant foreword, but it was a way bigger project than I’d anticipated. I was struggling and phoned up the editor: “I have so many pictures and can’t decide which to use or where they should go and I have to write all these captions…” So she flew out to our design studio and just said, “Print every picture, cut them up, put them all around that wall, and make your selection.” I remember the whole studio being covered in pictures, and as we were editing the movie, the book all came together on that wall. 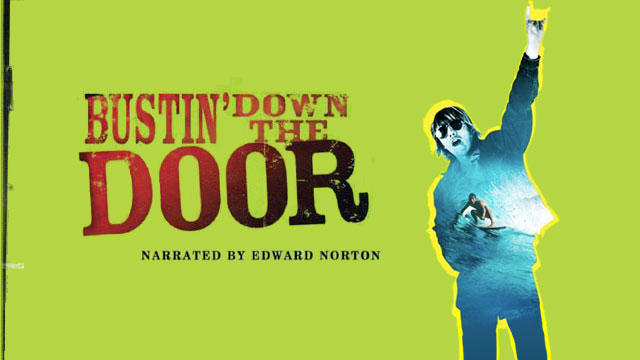 What’s you favorite surf movie of all time?

I loved Free Ride, a classic movie by Bill Delaney. Pure talent during another moment of transition. It was such a time of purity, love and fun, and the movie is all about representing that intense, soulful connection to the tube.

Got any advice for budding surf filmmakers?

There’s lots of great stories in surfing. And for any young guys and girls out there that want to make a surf film: create a story. Look at the underlying problem, and the drama — not just perfect wave after perfect wave. Yes, that’s part of it, but who are these people? What’s their purpose? What can they bring to the human condition? I would love for them to be as satisfied with their projects as I am with Bustin’ Down The Door. Because it was very much dedicated to my boy. And his memory will live forever in this film.