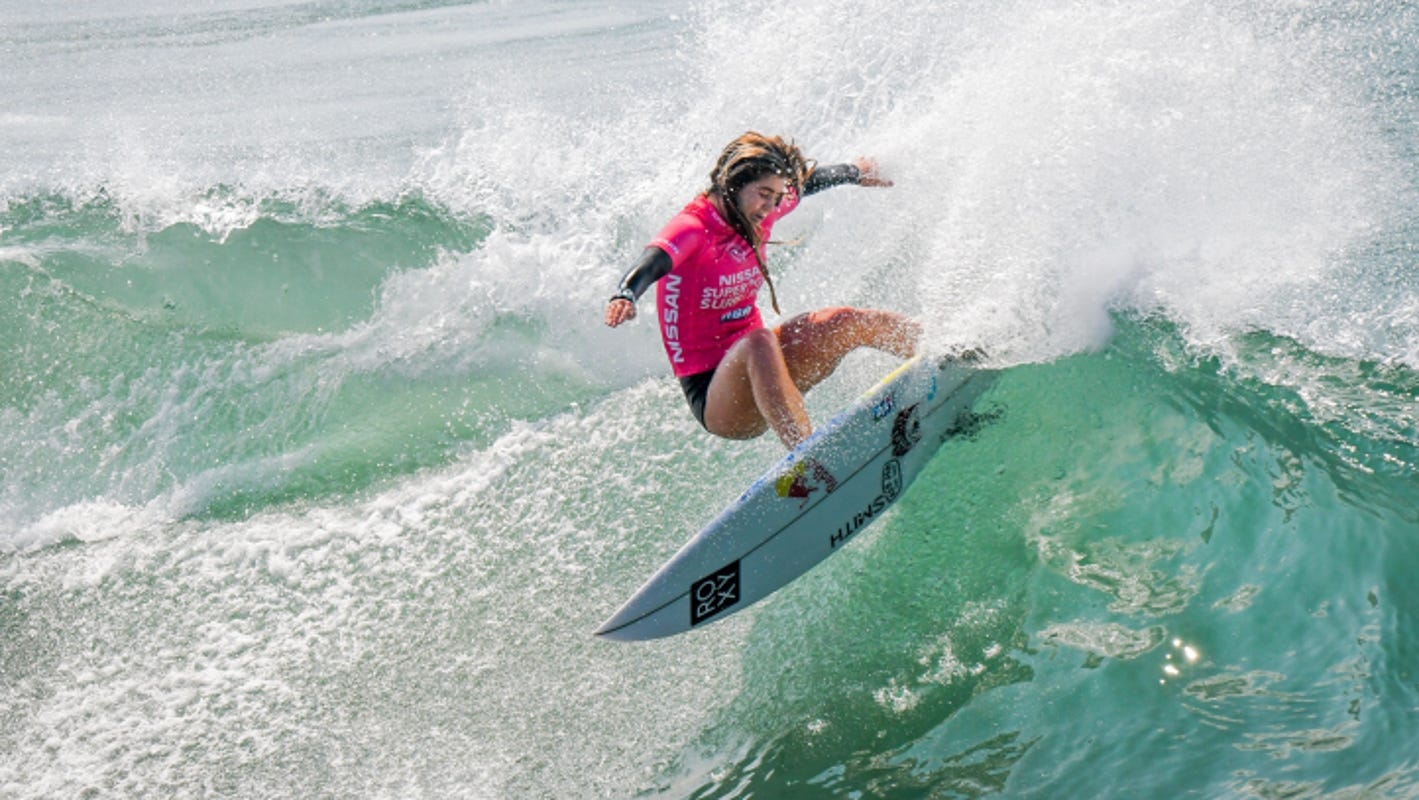 Heading toward the historic debut of surfing as an Olympic sport, Team USA member Caroline Marks is confident she has upgraded her skills since the COVID-19 pandemic brought the pro tour to a halt last year.

The Melbourne Beach native caught socially distanced Pacific Ocean waves from her home in San Clemente, California. Her coach, Mike Parsons, a world-record-breaking big-wave surfer, lives nearby. And she set up a home gym in her garage.

“I feel like my surfing’s improved, and my training’s improved. It’s been good. Obviously, I missed competing so much — and I’m so grateful to be back competing,” Marks said Wednesday night during an interview from Australia.

More: C.J. and Damien Hobgood surf film ‘And Two If By Sea’ soaring during safer-at-home era

The 19-year-old is ranked No. 5 in the World Surf League this season after the first two contests, the Maui Pro at Pipeline in Hawaii (she finished ninth) and the Rip Curl Newcastle Cup in Australia (she finished third).

She is now focused on competing in the Rip Curl Narrabeen Classic, which starts Friday and lasts through April 26 in New South Wales, Australia.

And Marks is eyeing the 2020 Summer Olympics in Tokyo, where surfing will occur during a window from July 25 to Aug. 1. She and Hawaii’s Carissa Moore will represent Team USA in the 20-surfer women’s field. They qualified by topping the 2019 WSL final season rankings, with Moore finishing first and Marks second.

“I think having surfing being accepted on that global stage is extraordinary. It’s an opportunity to take a hugely popular sport and do two things. No. 1, showcase the skill of these amazing athletes to millions of people who may not even know what professional surfing looks like,” WSL CEO Erik Logan said.

“And No. 2, it actually validates the careers and lives of our professional surfers as a legitimate sport in the eyes of the (International Olympic Committee),” Logan said.

“As an American myself here, you look at someone like Caroline — who is one of the brightest young stars we have in the World Surf League — qualify as an Olympian. She carries with her the dreams and aspirations of many young women,” he said. 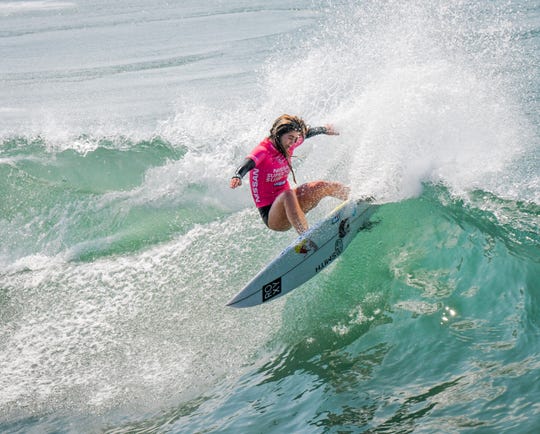 Marks grew up just north of Floridana Beach in Brevard County, and she attended Gemini Elementary in Melbourne Beach. She started surfing at age 10 and won the Under-12 Surfing America Prime — the top U.S. amateur title — one year later.

In 2018 — after winning 17 national titles by age 15 — she became the youngest surfer to qualify for the pro championship surfing tour. She also won her hometown event, the Florida Pro at Sebastian Inlet, and captured the WSL Rookie of the Year award.

Marks graduated high school in June from Lighthouse Christian Academy in West Melbourne. Two months after that, she was featured in a four-page spread in the Sports Illustrated Swimsuit Issue after a photo shoot in the Turks & Caicos.

Narrated by Marks’ older brother Luke (who traveled the world competing in the WSL World Qualifying Series), the documentary features footage of Caroline and her five siblings growing up as “beach rats” and battling in homemade surfing contests along State Road A1A.

“It’s crazy to think that my little grom sister is now a role model to other little groms,” Luke Marks says during the film.

Surfing is making its debut at the Tokyo Games after the coronavirus pandemic postponed the event last summer. Forty surfers — 20 women and 20 men — will compete. Marks and Moore will be joined on Team USA by men’s surfers John John Florence and Kolohe Andino.

“Caroline Marks is fifth in the world and one of the most aggressive and progressive surfers we have. Kolohe Andino is a force on the tour and is somebody that can win in all types of conditions,” he said.

Marks said she is “really stoked” to represent Team USA.

“It’s crazy. The Olympics were postponed, and then it felt like it was a long way away — now it’s like already 100 days out. I’m so excited,” Marks said.

“It’s going to be amazing. It’s going to be incredible. And, obviously, I don’t really know what to expect. It’s surfing’s first time in the Olympics. So I feel like I’m going into this really excited,” she said.

“I’m super honored to represent my country, honored to show surfing to the world. And it’s going to be incredible,” she said.

Why Mick Fanning is coming out of retirement at 39