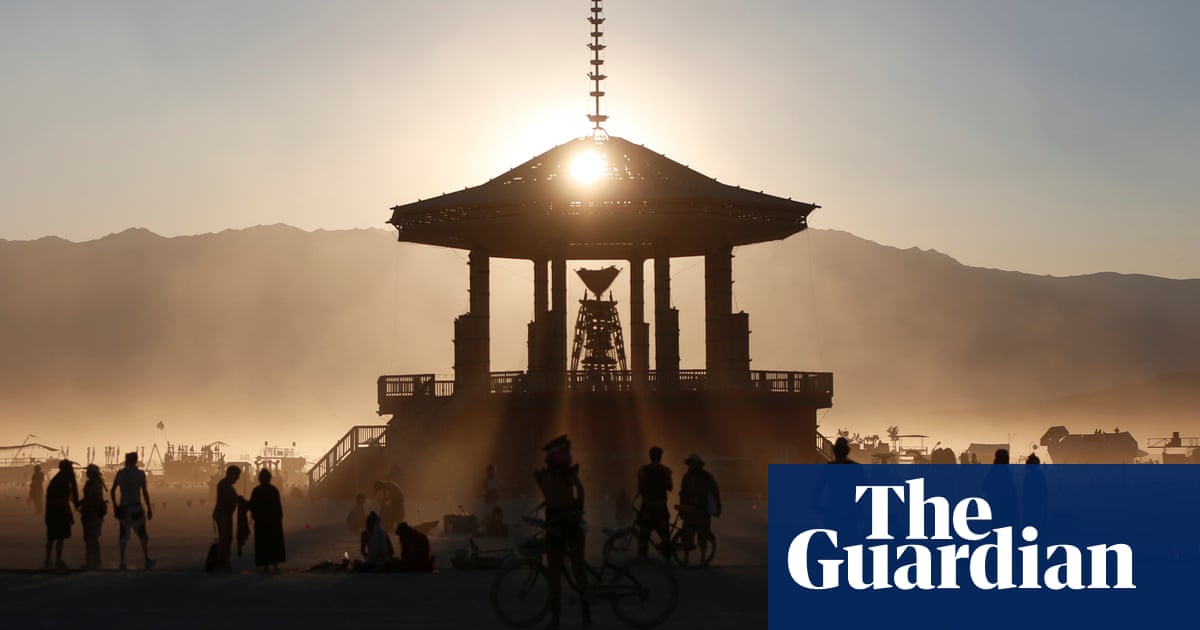 The organizers of Burning Man announced Friday that they will not be assembling 80,000 people in the Nevada desert this summer to build giant works of art and then set them on fire.

Instead, due to an ongoing global pandemic, they will hold a “Virtual Burning Man”, which they hope will attract 100,000 participants.

“On a virtual playa, there’s no limit to who can participate,” the group said. The virtual event will be ticketed, but a price has not been announced. It will not be free, the group said.

The cancellation of the giant art and music event, which has been held for three decades, will require “substantial staff layoffs, pay reductions, and other belt-tightening measures”, the Burning Man organization announced on its website. It is also likely to have a serious economic impact on the state of Nevada, where Burning Man is held each year in the remote Black Rock Desert.

The event brings Nevada $60m each year, according to Burning Man’s own economic analysis, the Reno Gazette-Journal reported.

“Yes, we are heartbroken. We know you are too,” the group said in a statement, but cited concerns over “public health and the well-being of our participants, staff, and neighbors in Nevada.”

Burning Man is the latest in a series of cancellations of major events scheduled for the summer and fall, from the summer Olympics in Japan to the Glastonbury Music Festival in England.

For weeks, Burning Man had held off definitively cancelling its annual event, though it had postponed its main ticket sales, which were slated to begin on 1 April.

Burning Man, which started out as a gritty, counterculture experiment, has become an increasingly global and celebrity-studded event, drawing DJs, tech executives, hedge fund managers, and wealthy partygoers from Europe and around the world. In the time of coronavirus, a gathering of thousands in a temporary tent city, in an empty stretch of desert where there is no running water and virtually no soap, was an obvious public health concern.

For buyers who purchased tickets early, Burning Man will offer refunds of its $475 tickets and $140 vehicle passes to the weeklong event. But the organization is asking ticket buyers to donate the funds to the organization if they are able to afford to do so, to help the organization survive into the next year.

“We’re committed to providing refunds to those who need them,” the group said in a post announcing the cancellation on its website. “if you have the means, it is our sincerest hope that you will consider donating all or a portion of your ticket value.”

In the interest of the health & wellbeing of our community, we have decided not to build Black Rock City this year. Burning Man, however, is alive & well, and we look forward to seeing you in the Multiverse. Read more in the Burning Man Journal. https://t.co/3FHPq1CGVH

Marian Goodell, the CEO of the Burning Man Project, said in a video that the festival was not truly cancelled. “Burning Man is a culture,” she said. “We are not defined by one aspect.”

Alongside its announcement, the group released a link to a new website encouraging Burners to volunteer to build the new Virtual Burning Man, with the 2020 theme “multiverse”, by organizing people, hosting an art event or workshop, creating digital theme camps or imagining a virtual playa, the Burning Man term for the open desert.

Everyone would be invited to attend the virtual art festival in the virtual desert, organizers said.

“We invite you to imagine a new reality where 100,000 people converge to imagine, explore, celebrate, and take care of one another in these uncertain times,” the site suggested.

“Black Rock City 2020 is in the multiverse,” Goodell said.

The fastest-growing jobs for women in the US this year include construction, delivery