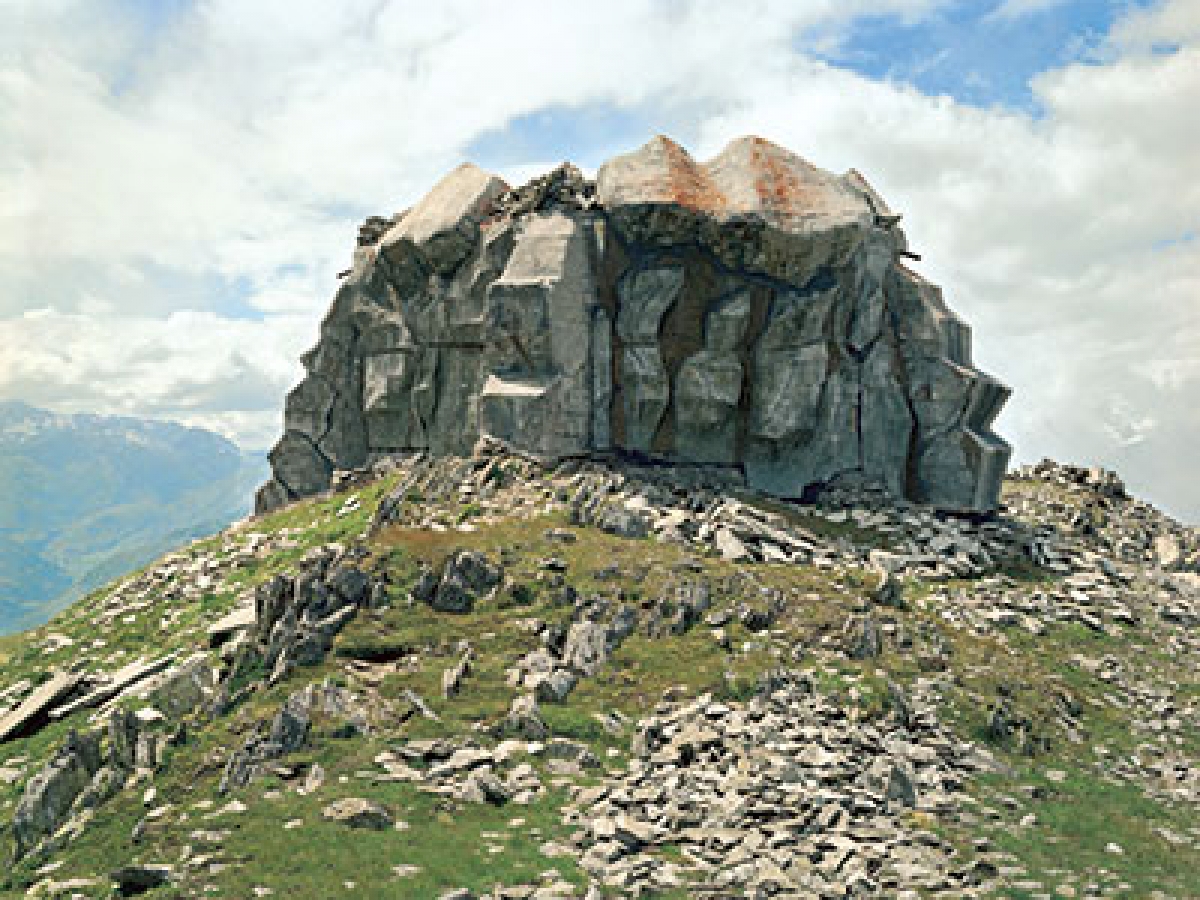 With a long history of political neutrality and an army knife that features (among its more deadly devices) a small nail file and dedicated fish scaler, Switzerland’s military probably doesn’t get the respect it deserves.

Case in point: did you know Switzerland’s mountain valleys are littered with between 10,000 and 15,000 heavily fortified and occasionally well-camouflaged bunkers? Photographer Leo Fabrizio knows all too well. He spent four years hiking the country’s Alps and cataloguing its defences for his photo series, Bunkers.

“These bunkers tell a lot about our identity,” Fabrizio says. “Switzerland is an island. It’s surrounded by mountains rather than seas, but the impact on our mentality is the same. We protect our country with ‘coastal’ defences. We dig into our sacred mountains to protect ourselves.”

In this way, the concrete bunker can be seen as an expression of Switzerland’s broader geopolitical strategy. You can’t attack with a bunker; it’s a fundamentally unaggressive structure. But while Switzerland is often seen as Europe’s impartial referee, that doesn’t mean the country is defenceless. Far from it, actually: the Swiss have a pretty hardcore militia system, along with compulsory military service for men over 18, which means half the country is usually armed and ready to swing into action at a moment’s notice.

Switzerland’s bunker program began in the 1880s, but most of the fortifications were hastily built around WWII, when the Swiss government was in the awkward position of trying not to piss off the Nazis while also preparing for a potential large-scale Luftwaffe invasion. They placed bunkers in key strategic positions – guarding narrow valleys and critical chocolate factories – but for Fabrizio, simply finding them was often the biggest challenge. “These were secret defences, so there weren’t any lists or maps,” he explains. “I had to do a lot of research to understand how to find them.”

Even when he knew where they were, spotting them could be difficult. During the ’40s, the government hired theatre set designers to blend each bunker into the surrounding wilderness. The brief: to deceive the human eye at 20 metres. Some are more successfully hidden than others, and even the better ones require a little suspended disbelief to mistake for a hill or mountain. Still, it’s hard not to admire the handiwork that went into pulling off a nationwide art/defence project.

Today, most of Switzerland’s bunker network lies dormant, home to wandering chamois antelope and the occasional vulture. Fabrizio says it’s hard to travel through the mountains without spotting some of the more obvious structures. “I knew some bunkers from my childhood,” he says. “They were always intriguing and forbidden things. As objects, they’re now obsolete, but I want to show them from a new angle.”