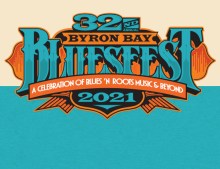 Bluesfest is expected to face more than $10 million in losses following the snap decision by the New South Wales government to shutdown the iconic event with less than one days notice.

To be clear, not one other even in all of Australia was shutdown over Easter, only Bluesfest.

“One case of community transmission has shut down a major regional event with a $10 million plus loss that will destroy a business with a 30-year trading history owned by someone who is risking everything to run his event in a COVID-safe manner,” Live Performance Australia chief executive Evelyn Richardson said in a statement

Bluesfest has a near $300 million economic impact into the New South Wales economy. After last’s years showdown because of Covid, and this year because of the NSW kneejerk, collectively over $500 million has vanished from the NSW economy.

Federal Minister for the Arts Paul Fletcher puts the problem back at the promoter saying that it is “the risk that these promoters face”.