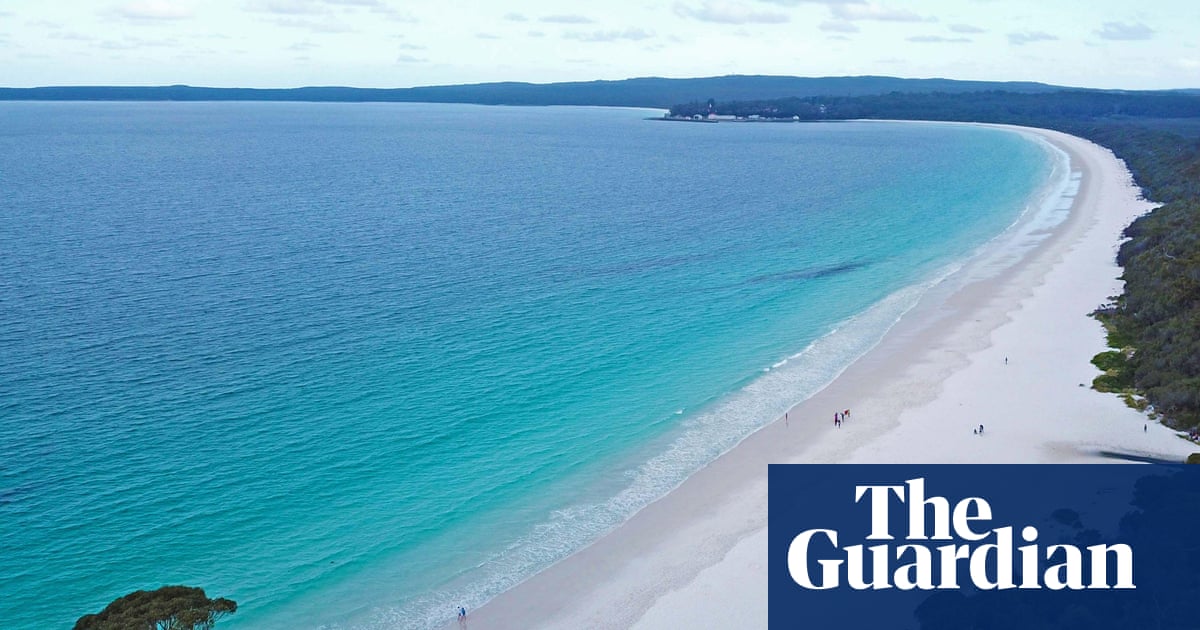 As a child, a day at the beach was pure bliss and the salty, splashing, bucket and spade days went on to form the greatest of lasting memories. Now, as an adult, each time I go to the beach – any beach – the ephemeral experience on this thin strip of sand where land meets sea still fascinates and delights me as a celebration of the senses.

I have my favourites of course, many from those carefree, halcyon days as a sun-kissed kid. But are they the “best” beaches of Australia’s honour roll of 11,761 beaches and does it really matter?

Driven by a passion for beaches and surfing rather than by some career design, at 24, I set about writing my first book, a guide to the best Australian surfing beaches, in 1984. It was the first time anyone had documented the best 1,200 of about 3,000 surfable beaches across six wave-lashed states.

While I learned much about beaches and those salty surfers who live the beach life every day, it was not until many years (and thousands of beaches) later that the debate over what constitutes Australia’s very best beaches – the best of the best – had to be put to a definitive rest.

Best and favourite beaches (quite different things) is a subject that garners a fair bit of debate – everyone has an opinion, especially among Australians. We are the foremost beach-going, coast-­­­hugging nation in the world and our beaches have become emblematic of who we are in so many ways.

In the year 2000, a good surfing mate of mine, eminent coastal scientist Prof Andy Short, and I finally and decisively agreed to collaborate on producing the benchmark of Australia’s Best 101 Beaches. After all, between us, we had visited, researched and documented firsthand every Australian beach. (A tough gig which has Short and Farmer listed as enjoying the “best job in the world” even if my endeavours are largely honorary).

We were and remain in a uniquely qualified position to make the call and provide some long overdue rationale on what constitutes a best beach. Andy (the calculating analyst) and myself (the interpretive intuitive) embarked on our umpteenth lap around the island nation and two years later agreed on the “best of the best” beaches. While we two “experts” deliberated for weeks and months, often parked up with a balmy sea breeze, over a glass or three of red wine, we listed and published for the first time Australia’s best beaches without coming to blows.

Choosing best beaches is rather like judging a selection of fine Cabernet Merlot or coconut-sprinkled lamingtons at the Royal Show. There’s a criteria to follow but often subjective bias blurs judgment over the strict objective adherence to the rules, even if Andy and I had in fact scribed the criteria ourselves.

Australia is one big beach and no other country has such a diverse coastline. With only 28% of the coast accessible by sealed road, that leaves many beaches yet to be discovered by rough roads, 4WD, chopper or boat, as Andy and I have had to resort to. There are 10,654 mainland Australian beaches. If we include the beaches of our 30 largest islands (and Australia has 8,222 islands in total) – at last count, Australia has 11,761 beaches. Imagine having to judge that many lamingtons!

At one obscure beach some years ago, I vividly recall asking one proud couple just why their beach should be included in Australia’s best (with some self-interest having written the history of the village). They looked quizzically at the bemused researcher in self-evident disbelief and quipped back: “Well, it just is.” Catherine Hill Bay, a classic beach by any measure, made the cut after all. Treachery Beach campground near Seal Rocks (New South Wales) became the choice for media mogul Lachlan Murdoch and children on the recommendation of this PA. Yes, beaches here are egalitarian places where millionaires drop their suits alongside blue-collar workers. Beaches lay us bare.

And here begins the beach experts’ conundrum. Despite what you’re told and sold by destination marketers, not every beach lives up to the picture-perfect postcard images online. That’s why many of us make the safe pilgrimage to the same coastal favourite year after year. But that’s changing with the advent of social media and a realisation of just how refreshing untouched beach environments are.

The judging criteria of water and sand quality, facilities, surrounding environment and accessibility and recreational activities is still largely at the root of decision-making. Reliable non-commercial platforms such as Tourism Australia are rapidly introducing hitherto unknown locations, through social media images and tags. Where we want to immerse ourselves (literally and culturally) is shifting from the predictable to the far-flung and “authentic” nature-based beaches.

Such is Australia’s global reputation that more than 75% of inbound tourists nominate visiting beaches as their number one choice of experiences. While they might dive into Tropical North Queensland, whirl through Surfers Paradise or Byron Bay, join the parade at Bondi, we’re all becoming more savvy and want to widen our horizons to off the radar locations where the conservation of community character and experiencing marine interactions holds much more organic attraction than any found at, say, Gold Coast beachside theme parks. Parks of the ecological kind are the new theme.

Some beaches you’ve never heard of have been added in recent years as I refresh the annual list of best beaches. Cossies Beach on the Cocos-Keeling Islands was remote and nameless, so I named it after Sir Peter Cosgrove, who, like Charles Darwin in 1836, was raptured by its beauty. Hidden Horrocks Beach Lagoon in WA is another such example of stunning debutantes to the A-list, for its unpretentious, Australian village charm.

By shifting perceptions on what makes a “best beach”, I’ve tried to showcase the vast types of beach environments we have, and direct people to locations that make their experience more memorable. I encourage you to research online and choose your destinations wisely.

You may have read the news that one famous Aussie beach was closed (an Australian first) as it was “full”, as claimed by Hyams Beach locals and council. Such is the power of social media and selfies suggesting Hyams had our whitest sand (incorrect: that honour goes to Lucky Bay, WA) and it was a “must-see” for those so close to Sydney.

I recommend choosing your beaches discerningly, based on all the elements you’re looking for in a beach. For many of us, increasingly, that means a wi-fi-free digital detox, weathered characters with yarns as deep as the salt in their veins and a pristine natural environment. These low-key, under-the-radar beaches are often the ones that create lasting formative memories for our children and the beach child in all of us.