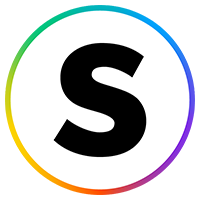 John Minty is the festival director for Splore, a three-day music and arts extravaganza held annually at Tapapakanga Regional Park. He moved into his home in Grey Lynn, Auckland, three years ago, and is pictured with his daughter Nadine Collier and son David Minty, and his grandchildren Tashi, 13​, Jett, 6 and Nico, 4.

JOHN: I’ve lived in this area most of my life, 40 or 50 years. I used to have a family home, down in Herne Bay. As my kids grew up and left home, I sold that home. I’ve been living pretty much by myself for the last 20-odd years, renting places.

I bought the section the apartment building is on as an investment quite a few years ago. I just felt that this area would probably get developed into more intensive housing. That’s what the council was pushing for. I bought that, half expecting at some stage, a developer might approach me to buy the land and build an apartment building. That’s exactly what did happen in the end. I said to the developer, “I’ll sell you the land for the apartment building, but I need a place on the roof.” I gave him the dimensions of what I required in terms of area, size, configuration – that type of thing.

I specified for a higher ceiling as well. It was just a matter of having that light, airy, sort of semi-tropical feeling, within a city environment. Good for relaxing in.

Even though I do live by myself, I’m part of a quite a big extended family and I always have been. I have a lot of family come over and stay for a couple of nights. And if I’ve got family or friends coming in from overseas, it’s a good convenient place for them to stop over. It’s sort of become a bit of a family hub, which I’m quite relaxed about now. It’s good to have family and friends around. But I also like my privacy.

It was constructed very much as a standalone house on top of an apartment building – it does have that feeling of being a home, as opposed to just an apartment with four walls.

I go overseas normally four months of the year. Primarily up to Europe, over the summer festival season, seeing different acts and talking to agents, etc. It’s really convenient to have an apartment where I can just close that door and leave and not have any other responsibilities in terms of upkeep.

I really wanted it to be like an inner-city sanctuary. So when you came in through that front door, it opened up into a courtyard – almost Balinese-style. You have sunshine coming down with tropical plants…

I travel quite a bit. I’ve been to Morocco a few times and Ethiopia in 2019. I quite like that aesthetic and there’s a few things that I’ll bring back from places like that – curios and little bits and pieces.

I quite like that sort of distressed look, because I’m not a fastidious person – in terms of keeping everything absolutely [perfect]. I don’t want shiny things that get a scratch on. I’d have rather stuff that already had scratches that was part of the aesthetic, so if you have kids around and they start scratching the table, you’re not going to worry about it too much.