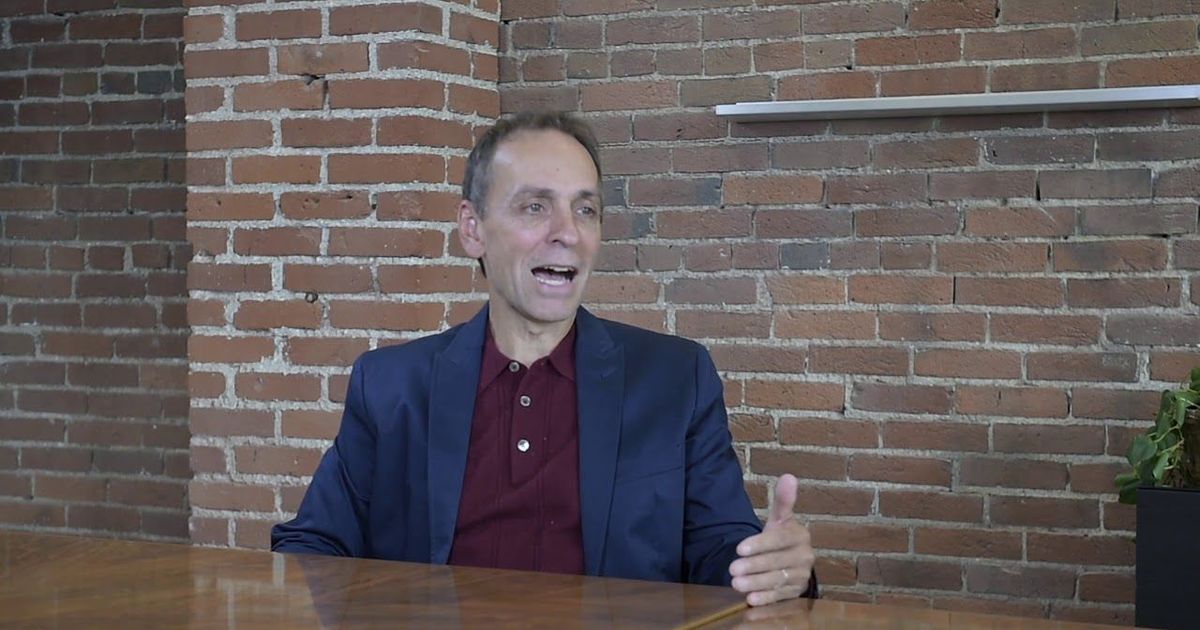 Editor’s note: Democrat Andy Ruff is one of three candidates for U.S. House of Representatives, District 9, which represents Johnson County, Bloomington and much of southern Indiana. See Where They Stand interviews with Incumbent Trey Hollingsworth (R-Indiana) and Libertarian Tonya Millis as well, and be sure to visit dailyjournal.net for videos of these interviews. This Q&A includes answers by Ruff in his own words.

Why are you seeking election?

What qualifications make you a good fit for this office?

I spent my entire life in the Ninth District. I married a Hoosier gal, raised my kids in the Ninth District. I’ve worked in our public schools as a teacher. I have served as an elected representative in my Indiana hometown of Bloomington for 20 years; I served as an at-large representative. I developed a strong public record that I think illustrates that I can work, and I can work well with people of very different perspectives, very different view points, and I can collaborate with groups that represent a very wide array of concerns. I’ll always stand up for ordinary folks.

What would be your top three priorities if elected?

My top priority is to actually be present and connected to the people of the Ninth District. Listen to them, hear their concerns on the ground, face-to-face. Be a conduit for them to Washington, D.C., to policymaking that affects every family and every community.

Expanding Medicare; working toward Medicare for all, for example. Strengthening our public schools; not letting public funds be siphoned off for for-profit private schools and charter schools.

I don’t think we’re going to get better wages — we’re not going to get a broader sharing of the economic gains and productivity that people actually do the work to capture — until we get the corrupting influence of big money out of our politics, out of our elections, and then out of our policymaking. Not only does money buy elections, it buys access to elected officials once they’re in office. Those special interests powerfully connected are always going to get in the way of policies that benefit the broad majority, but not the corporate interests.

My third priority is addressing the health care mess — the health care crisis we have in this country. I think we need to do that with a single-payer universal system. I think we’ve been misled that ordinary Hoosiers don’t want progressive policies like Medicare for all. I think that’s wrong. Ordinary Hoosiers care about their neighbors, they care about their communities. They are not every man for themselves kind of folks.

What are the biggest issues facing Indiana and the country today?

The corruption of our political establishment joined with corporate elite Wall Street that’s preventing us from addressing the problems that affect the vast majority of Americans.

And of course, the stagnation of wages and earnings for ordinary people (while) expenses for housing, healthcare (are) going up. So effectively, you do have people getting poorer, even if their wages aren’t actually going down.

We’ve got a health care disaster on our hands, problems with our wages, problems with our climate. Ordinary Hoosiers look around and see there is something wrong with the climate, and we should be doing something about it. We shouldn’t just be absolutely dismantling the (Environmental Protection Agency), for example.

We cannot make progress in this country and make a better future unless we can cut through the false divides that I think have been cultivated deliberately to keep ordinary folks from coming together and saying, “The political system is rigged so my voice doesn’t matter.”

What are your thoughts on the federal government response to the coronavirus pandemic?

The biggest problem that’s unforgivable is the absolute failure to convey a consistent serious message to the public about what we’re facing. What you’ve had is this incoherent, inconsistent message of, “Well, it’s a hoax, it’s not that serious, or it’ll just go away, or you don’t have to mask, now you got to wear a mask.” That more than anything has been responsible for our failure to get the spread of the virus under control in our country.

Clearly, we can’t get the economy going until we get COVID under control. We’re going to be in a continuous cycle of not taking COVID seriously, trying to ramp up the economy, then having outbreaks and flare-ups.

How would you address the economic impact caused by the pandemic?

We need to invest in PPE for, particularly, those who serve us in the most critical ways. That’s going to be required to keep businesses safe. In the workplace, there’s a lot of places where you’re going to need to have adequate PPE to operate. Ordinary folks have been impacted greatly in terms of money and income, jobs (and) their health care.

So, what the government needs to be doing is addressing those three areas … because the economy is not going to be going unless ordinary folks have the means to make purchases, to pay their rent, to pay their mortgages, to buy gas, to take care of their families.

We will need to create employment by investing (in) and creating that work to fix our infrastructure that is falling apart.

Do you think systemic racism exists? If so, what steps should be taken to address it?

Unfair systems need to be fixed. But racism does not come from systems, it comes from people. So viewing racism that way puts the focus on the wrong thing. So-called ‘systemic racism’ will only end when racism itself does, and we should focus on that.

What would you do to address rising health care costs?

Medicare for all will deliver more health care to more people at less cost than our current corporate-driven private system. There are massive amounts … that go to excessive administrative costs and overhead, bloated profits, salaries to CEOs in the health care industry and the pharmaceutical industry.

Because those would be eliminated under a public system, those savings are what delivers affordable health care. It’s so dishonest to say it’s going to be expensive.

What is something you think Congress should do better?

All the political, electoral reforms that need to be done to get our democratic processes back into the hands of ordinary people rather than the corporate elite. That’s what Congress has to do differently.