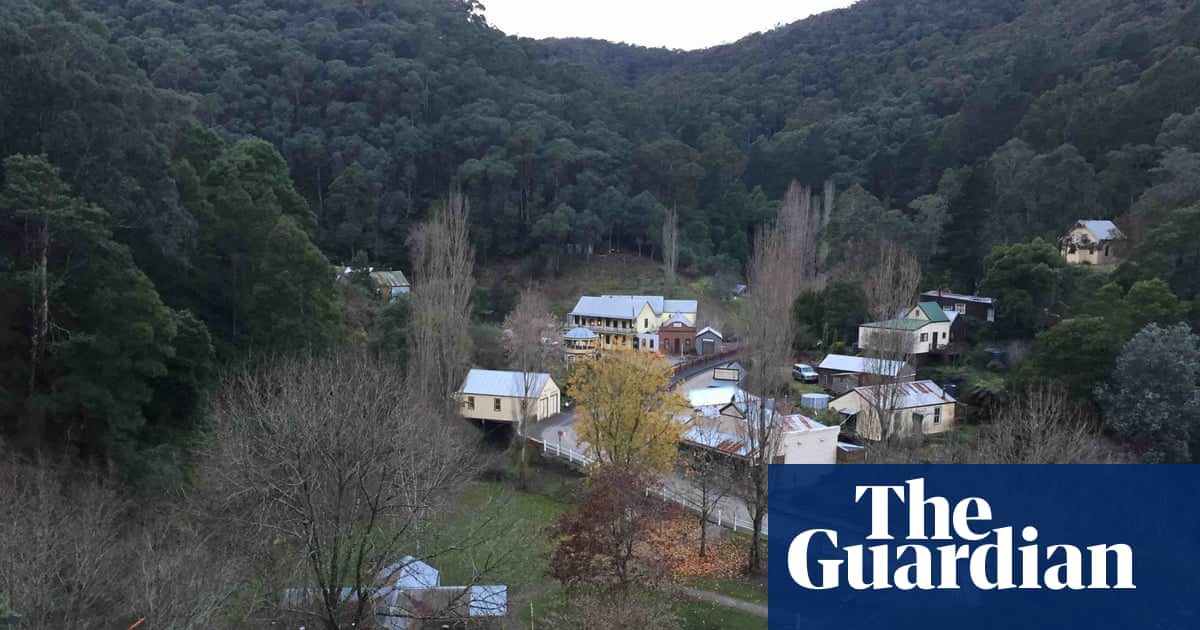 The air is crisp and cool, and with each exhale, my breath is transformed into clouds of condensation. On either side of the path, there are lichen-coated rocks, logs sprouting mushrooms, and countless varieties of ferns. Enormous mountain ash trees soar above me. Apart from my footfall and an occasional squawk, the rainforest is silent, and my racing mind stills.

As someone most likely to be found indoors, I forget how soothing a good long walk in the fresh air can be. Research has shown being out in nature restores our brains, boosts our mood, and can also improve mental performance, so it’s clearly something we could and should do more frequently.

And so, in search of a little quiet time, I’ve been sent to do a weekend of walking through Victoria’s Gippsland region. It’s well known for walking spots such as Ninety Mile beach, Gippsland Lakes and Wilsons Promontory but there are many inland spots in the region known as the Australian Alps that are worth exploring.

My first stop is the Mushroom Rocks walk deep in Victoria’s Baw Baw national park. By the time I get there, after a late start driving across from Melbourne, it’s mid afternoon and the courage to do the 4km two-hour walk solo has deserted me, as I imagine myself lost, fallen or meeting with some other misadventure.

Instead I choose the half-hour Beech Gully walk. It’s a salve for my overactive imagination, and the ideal way to begin my weekend of walking through Gippsland.

The historic town of Walhalla, about 185 km from Melbourne, is the next stop. If I’d arrived about 150 years earlier, I’d have found a bustling goldfields town. Around 1890, the main mine was the biggest gold producer in Victoria, explains owner of the Walhalla Star hotel, Michael Leaney, as we walk along the only main road, the steep hills rising on either side.

When the gold ran out, the community of 4,000 moved away, and today there are only about 20 permanent residents left in Walhalla.

As the townsfolk left, many of the buildings were dismantled, flatpacked and sent away. Even the local church ended up elsewhere. But come the 70s, the town began to be transformed into a tourist destination and some of the historic buildings have been rebuilt in accordance with the historic style. Now the little church sits on one side of the valley, its original stained glass window, with its pan and shovel detail, set back into place.

That night we have dinner at Wally’s pub. It’s like so many other country pubs, with big generous servings of food and curious patrons. As a local councillor, Leaney is something of a town favourite and locals are keen to bend his ear, out of my earshot.

We walk back in the dark; there are no street lights in the town so the stars pop against the night sky, swirls of galaxies easily visible. Walhalla was the last town in Australia to get electricity, the power arriving in December 1998. Leaney tells me thankfully more development is to come: there are only tiny pockets of wi-fi and mobile coverage available.

It doesn’t get light until about 7am down in the valley, and after a quick breakfast at the hotel the next morning, I walk to the edge of the little town, down what was once a high street lined with shops. Now it’s dotted with a few holiday homes and historic signs.

The walk takes me to the campground and onto the tram line walk. Etched into the side of the mountain, it’s the track where wood from the valley was transported up to the mine. These days it’s ideal for views into the valley below.

The entrance to the old mine is about halfway along the path, only opened once a day for tours. Early morning, it’s deserted. Rusty old trolly carts are set out around the entrance to the mine, immobile after years of carrying men into the dark pit day after day.

The walk winds along the hillside. Earlier Leaney explained the mountains had been almost entirely denuded by the mine workers, but nature has reclaimed much of this land and the hills are covered with brush, moss, ferns and trees. A lyre bird is startled by my approach and runs off into the bush.

Also the president of the local Railways Association, Leaney has invited me to ride the little replica train that runs on the reconstructed train line from Walhalla to the nearby town of Thomson and back. Young families cluster onto the train, a little boy clutching a matchbox locomotive and asking the local volunteers who run the trains complicated questions. The views are eye-catching and the kids are clearly captivated by the time we return.

Back in town, day trippers are visiting the general store with its gold stencilled windows and contemplating a ghost tour of the mines. I leave Leaney to chat happily to the visitors and depart for my next drive.

It’s a leisurely two-hour drive to my next stop, and I cruise through the rolling hills dotted with black and white and brown cows, sheep and the odd cluster of llamas.

The next walk on my list is Noojee Trestle Bridge walk, an easy 6km round trip that stretches from the impressively tall old-timber rail bridge to Noojee village. Beyond the 100m long wooden bridge is a well worn avenue through the eucalypt forest.

It’s blissfully quiet, and there’s no scrambling over or under things, just a straight, hands-in-pocket walk. The path cuts through the back of people’s homes and I can see a woman doing her Saturday afternoon washing-up; a man having a beer with a mate on his deck. A stray white goat stares at me as I pass. I can’t think of a better way to spend an afternoon than walking through this tranquil forest.

Blissed out after that walk, it’s time to drive to my accommodation for the night. The signs for Vivere Retreat near Neerim South is easy to miss as I hurtle down Main Neerim road but it’s unlikely to remain a secret for long.

Owner and manager Angela Sgarbossa exited corporate life in Melbourne a few years ago to open her B&B Pear Tree Cottage, and then Vivere, her first venture into five-star accommodation. Having been an inner-city corporate, she knows what luxurious accommodation is all about, and that experience has been well translated into this glamorous open-plan two bedroom property.

And she fills the fridge with food, to make it the ultimate bolthole for guests. I can think of nothing more enjoyable than opening a bottle of red, tucking into a generous cheese platter, and curling up in front of the fire with a book. Luxury is all about the details – and Sgarbossa has them covered.

But the retreat’s real extravagance occurs first thing in the morning. When I open the blinds early-ish the next day, the spectacular view of Jindivick valley is spread before me. From my bed, I watch as the lavender early-morning sky ripens to golden light over green fields.

It’s my last day in the Gippsland and my final stop is the Tarra Valley rainforest. Sgarbossa says the nearby Tarago Reservoir park is a great spot for walking, but for now I head to the rainforest.

It’s about a two-hour drive from Neerim to Tarra Valley, and it’s all pleasingly pastoral. More colour-coordinated groups of cows, grazing on the rolling green hills. It is about as bucolic and soothing as it gets.

That is until I turn off, and there, looming in front of me, are the Loy Yang power station stacks, billowing steam into the blue sky. Powerlines snake across the valley, disturbing the tranquility of it all.

The landscape changes as I drive into the hills. It’s no longer lush countryside, instead it looks almost Swiss with dense Alpine forests. The rainforest is tucked into a valley deep within the forests, and it takes some navigating.

When I finally reach the starting point of the one-hour rainforest walk, the carpark is almost empty. Tucked up in my coat, the air is crisp and sharp and my cheeks sting with the cold, but I march into the forest, braver now. There is a staggering variety of ferns and foliage lining the orderly track and there’s a waterfall tucked away right at the back. If it was warmer, it would be inviting, but for now, I’m happy to appreciate the view.

Back in the car, it’s about a three-hour drive to Melbourne airport, yet after all the fresh air and foliage, I’m feeling calmer and refreshed. It’s a gentle reminder that getting out for a good long walk in nature is something we should all do more often.

This article contains affiliate links, which means we may earn a small commission if a reader clicks through and makes a purchase. All our journalism is independent and is in no way influenced by any advertiser or commercial initiative. By clicking on an affiliate link, you accept that third-party cookies will be set. More information.

Happy isolation: hiking the ridges of the Larapinta trail | Travel