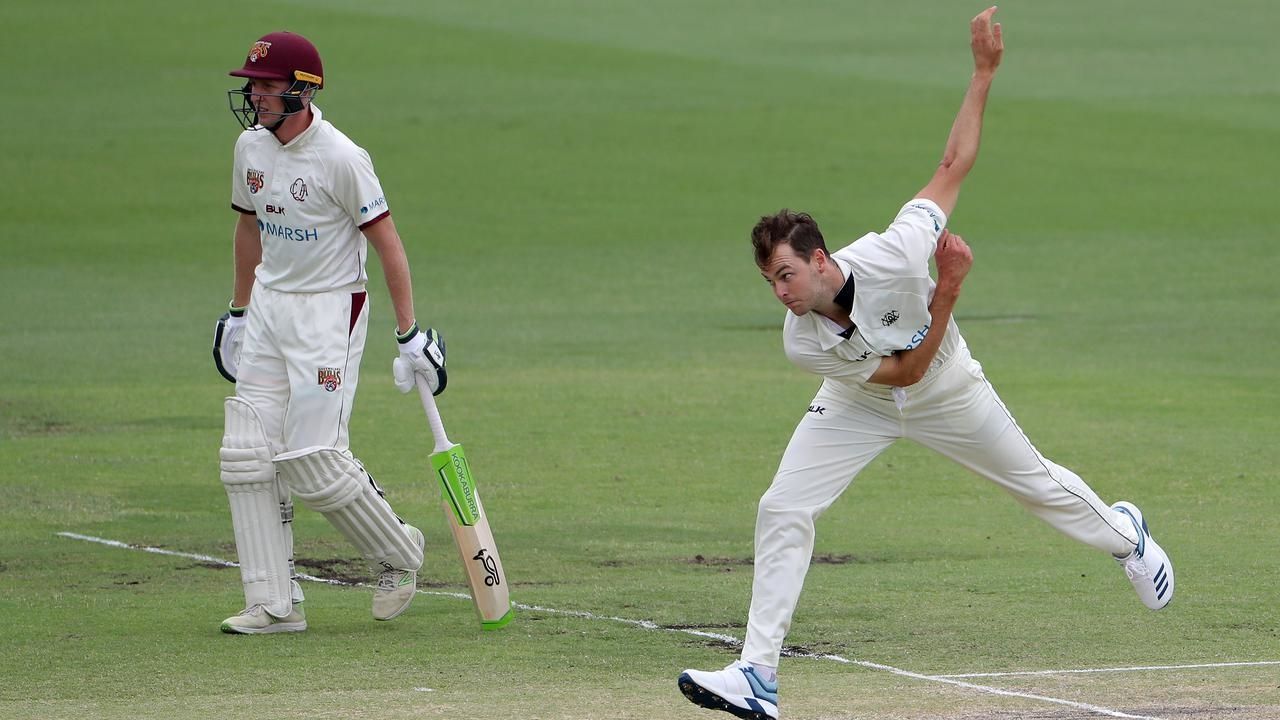 Western Australia face a tough challenge to save their Sheffield Shield season after Queensland batted their way to a near-unbeatable position on day three at the WACA.

WA will go into the final day of the penultimate-round fixture on 3-143, still 76 shy runs of making the visitors bat again.

WA’s challenge got even harder in the final hour with experienced pair Shaun Marsh (20) and Marcus Stoinis (9) both dismissed.

Sam Whiteman remains not out on 53 with fellow opener Jake Carder (31) the only other WA batsman to make a significant contribution.

Looking to maintain their hold on second spot, Queensland batted with assurance earlier in the day to advance from their overnight 4-301 to be all out for an imposing 496.

Middle-order batsman Jack Wildermuth led the way for the Bulls with a polished knock of 80 and helping to deny any hope of breakthrough from the home side early on day three.

There were contributions throughout the batting order with five batsman posting 20 or more on day three, notably wicketkeeper Jimmy Peirson (39) and fast bowler Michael Neser (37).

Bryce Street (115) and Joe Burns (93) set the platform on day two with a potentially match-winning opening-wicket stand of 171.

Florida surfer-parents get lambasted for smoking “joints as big as cigars” while children learn from home: “You can’t do that!”