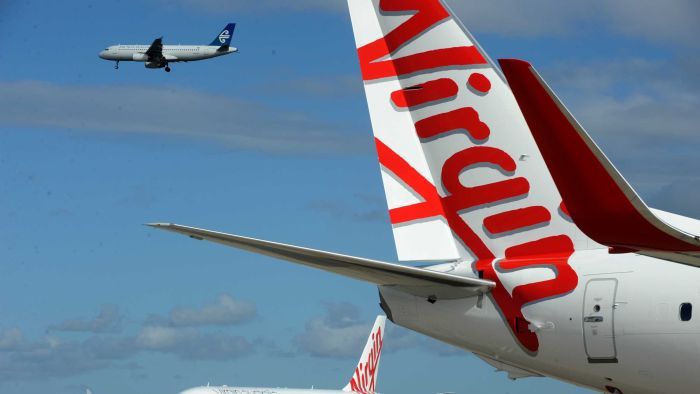 Virgin Australia has confirmed that a female cabin crew member who tested positive for coronavirus had contact with the public as part of their job.

But the airline refused to reveal what city the crew member is based in or what flight she was on, saying it has a duty to protect her privacy.

A spokeswoman for the company told the ABC that health authorities are working to track down anyone deemed to be at risk from contact.

In a brief statement, Virgin Australia said the woman had been placed in isolation and was receiving medical treatment.

“We have begun the process of determining the contacts of the team member during the time they would likely have been infectious and will be checking in on them regularly to check on their health,” the statement said.

The airline’s operational headquarters are in the Brisbane suburb of Bowen Hills and it has a maintenance base at Brisbane Airport.

Meanwhile, the World Surf League (WSL) has announced the opening world championship event at Snapper Rocks on the Gold Coast — known as the Corona Open — has been cancelled due to ongoing concerns about the spread of coronavirus.

Several other professional surfing events across the globe have also been cancelled or postponed, the WSL confirmed.

“We did not take this decision lightly as we are aware that it has a significant impact on the surfing community,” WSL CEO Erik Logan said.

“From the standpoint of social responsibility, we also take very seriously the role our events might play in accelerating the spread of the virus.

“We’ve been in close contact with our athletes and we feel strongly that this is the right thing to do right now.”

Yesterday, Hollywood actor Tom Hanks revealed he and his wife Rita Wilson are in isolation in Gold Coast University Hospital after testing positive to COVID-19.

Queensland authorities said on Friday morning the couple were both in a stable condition.


Photo:
Tom Hanks and Rita Wilson are in a stable condition in hospital quarantine on the Gold Coast. (Reuters: Monica Almeida)

Hanks is in Australia to work on Baz Luhrmann’s Elvis biopic, but production is now on hold and there are concerns productions across the country could soon be postponed or cancelled.

Premier Annastacia Palaszczuk said on Friday morning four more coronavirus cases had been confirmed in Queensland overnight, taking the total number of cases in the state to 31.

Authorities have also estimated almost 3,000 people are in self-isolation at home.

Ms Palaszczuk is in Sydney for the Council of Australian Governments leaders conference, and told ABC Radio Brisbane they would be discussing when to call off mass public events.

“I think what the states are asking for is that we would like advice from all the health officers about what are some of those thresholds that will trigger a cancellation of events,” Ms Palaszczuk said.

Ask us your coronavirus questions

Surfer, 36, falsely claimed £14,000 in disability benefits while touring the world