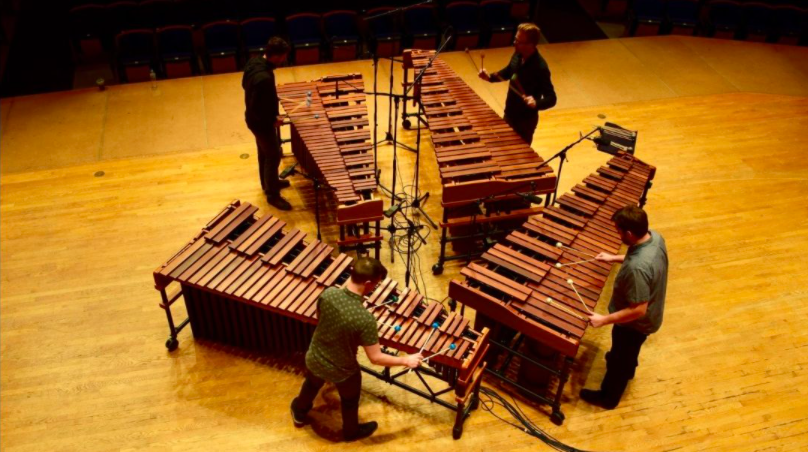 Event coordinator and UWL professor of music Christopher Frye said in an interview with The Racquet Press that the format for this year’s event was inspired by other music festivals around the country that have used YouTube as their delivery format. The workshops and lectures that typically accompany performances over the three days of the festival will not be possible this year, but the online format will allow more people to access the performances, said Frye.

Frye said that he has invited composers and performers from around the country to participate in this year’s festival. “One of the resources that I use is – we have a state composers’ organization I’m involved in, the Wisconsin Alliance for Composers or WAC. I’ve been involved in that for over 30 years, and so a lot of the composers that are featured in our festivals are from that organization,” he said.

The festival offers a variety of genres to the audience, said Frye. “You might have choral music, you might have electronic music, might have chamber music. It’s just a real smorgasbord of different types of music, so I tell students if they don’t like one piece they’ll probably like another one,” he said. Frye said audiences should approach the performances with an open mind and explore those elements of the music they find most interesting.

Composer and UWL alumnus Luke Thering will be performing “Hodgepodge,” which he composed for piano. Thering said he has participated in a handful of La Crosse New Music Festivals in the past and is looking forward to being part of the performance this year as well.

“Hodgepodge”  is a short, lighthearted, and jazzy piece said Thering. “It came from a lot of ideas that I have on the piano that are sort of clichés to me, or that I find myself playing a lot. So in this piece I kind of threw them all together, which is why I called it ‘Hodgepodge,’” he said.

Because the performances will be available on election night, Thering said he hopes the piece will be a bit of relief for listeners.

Flute player and UWL music professor Jonathan Borja will be performing “Objets Trouvés” composed by William Neil for the La Crosse New Music Festival. According to the program notes written by Neil, the piece was inspired by art found in the archives of the United States Holocaust Museum in Washington, D.C, including a fragment of music written by Moravian composer Gideon Klein who was murdered at Auschwitz in 1945. “By using this fragment as the basis of my composition, I am giving a voice to the silenced composer,” wrote Neil.

Borja said the piece was written for the Out-of-Our-Minds Chamber Music Series at Viterbo University where he and Mary Ellen Haupert performed a program of music by silenced composers. “It is a piece that we first performed in 2019 – it feels like it was a long time ago – and that’s the performance that we will be sharing,” he said.

Many of the performances that have been shared during quarantine and shelter-in-place periods have been recorded and streamed through social media, said Borja. “Since the pandemic has started, I feel like new music has had a privileged position. While a lot of people have not felt creative, many have. And so, I’ve found a lot of new music,” he said. Many of the performances he has seen were comprised of pieces that were written for specific groups or events, he said.

Recording technology, like those used to capture performances for the New Music Festival, have been an adjustment for the music community, said Borja. “I think a lot of people have sort of woken up to the idea of, not necessarily streaming, but having very close documentation of what you are doing in the video,” he said.

Recording video performances involves unique mental pressures and practical challenges, but the archival footage allows many musicians to send or stream performances where they are needed, said Borja.

Borja said he is excited to share new music with the La Crosse community. “I think that the variety of music that is presented is remarkable. Especially today the musical language – there’s not one. You know, back in the 60s if you did not subscribe to the 12-tone style you were sort of a failure, and now that stigma is gone. Now you can take from anything, and that’s what we see,” he said.

While some aspects of new music can be hard for audiences to access, the variety within the festival is key, he said. “I always share this quote from a Mexican conductor. He said a new music concert is like a newspaper. Sometimes you go and you’ll hear things that are fascinating and are going to make history, and sometimes you go, and it’s like the little piece of news that nobody is going to remember,” he said.

Borja said he encourages everyone to tune in and watch the performances to see the creative process at work. “What’s important about it is that you’re seeing the creative efforts of people today. We are so often just listening to music from 200-300 years ago that we forget creative processes are happening today,” he said. “Part of the way composers find their own voice is through trial and error.”

Questions about the festival and disability accommodations may be directed to Dr. Christopher Frye.

Tiger Brings A Street Food Festival to Your Doorstep