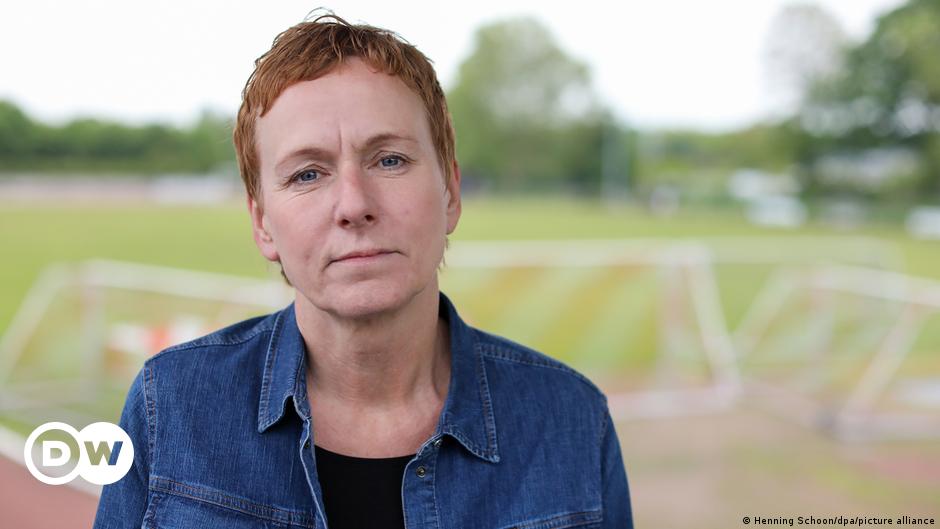 Following the resignation of DFB (German Football Association) President Reinhard Grindel in 2019, Ute Groth, chairwoman of an amateur sports club in Düsseldorf, announced her intention to become a candidate to replace him at the top of the world’s biggest single-sport association. However, she didn’t get the opportunity to do so, as a “selection committee” made up of members of the DFB and DFL (which operates the Bundesliga) recommended SC Freiburg President Fritz Keller as the sole candidate for the post. At the time, Groth decried the process has having been “hatched in a backroom again,” but she also described Keller as a “likeable person.” Keller was elected DFB president in a unanimous vote at the association’s AGM on September 27, 2019.

DW: Ute Groth, as someone who attempted to run for the presidency in 2019, what’s your take on the power struggle currently taking place among the leading figures in the German Football Association (DFB)?

Ute Groth: It’s embarrassing. And it’s not like this has just started; it’s been going on for months. The wrangling between General Secretary Friedrich Curtius and Fritz Keller began last year. Now things have essentially come to a head — and this at a time when all clubs have many different worries and require support, including media support, from such people. But nothing has happened. And that is really embarrassing.

It looks as if the current DFB leadership — at least the president and the general secretary — are likely to soon depart and be replaced. As the chairperson of an amateur club, do you think anything will change with new leadership?

The objectives would have to change as well. In recent years, amateur clubs have always been ignored. The discontent among the amateur clubs has been smoldering for a long time, and nothing has changed structurally in the [national and regional] associations. That’s why a mere change of personnel at the top won’t change anything.

What needs to change?

The current structures at the DFB have been in place for the past 20 years, and they have long been outdated. We have to find new ways of doing things. And the opportunity to have a say in things comes along only every three years. That doesn’t work. For me, participation and co-determination would be the main focal points that need to be improved.

So has the DFB’s leadership grown too distanced from the grassroots?

I don’t think that the people at the top of the DFB are in regular contact with the amateur clubs, nor do they understand what problems amateur clubs find themselves confronted with.  In the state and regional associations, younger people are now moving up the ranks — people who are more aware, who are active in the day-to-day workings of clubs and know what’s going at that level. But I don’t see anybody taking a closer look at the clubs and listening to the amateurs. Something is amiss.

What are the qualifications the next DFB president will need to be successful?

First, he or she will have to be honest, place issues before personalities and not be in it for themselves. They’ll need to be grounded, be involved with the clubs – not just sitting in the stands when the national team plays. They’ll need to be able to deal with conflict and bring people together. And above all, you have to think outside the box. It’s not just about the Bundesliga and contracts or marketing or the new soccer academy. The entire system has seven million members and 25,000 amateur clubs. You have to pay attention to them, take a close look and support them.

Do you see anyone among the names of possible successors for the DFB’s top jobs who fit the bill?

No, I don’t see anyone. The names of [Bayern Munich CEO] Karl-Heinz Rummenigge, [Bayer Leverkusen managing director of sport] Rudi Völler and [former Germany captain] Philipp Lahm are making the rounds. There’s no denying that they all know a thing or two about football. But is that exactly what the DFB needs now? I don’t think so. We need a new direction for the future.

Are you thinking of applying to become a candidate again?

When the whole controversy blew up last week, I thought: Should I run again? But when I thought about what’s going on and all that has gone on, with people working against each other; the only way I might consider it would be if there were to be change at quite a few positions. Otherwise, I would be starting out just like Fritz Keller did, with similar people working in the background. This couldn’t work, so my answer is clearly no.

Ute Groth has been the chairperson of amateur sports club DJK TUSA 06 Düsseldorf since 2007. The club is best known for its large girls’ football program. Groth briefly became a national figure in Germany in 2019, when she applied to succeed Reinhard Grindel, who had resigned as DFB president under a cloud. She was never officially nominated. The 62-year-old is a trained draftsperson and works as a project coordinator in hospital construction.

The interview was conducted by Andreas Sten-Ziemons.