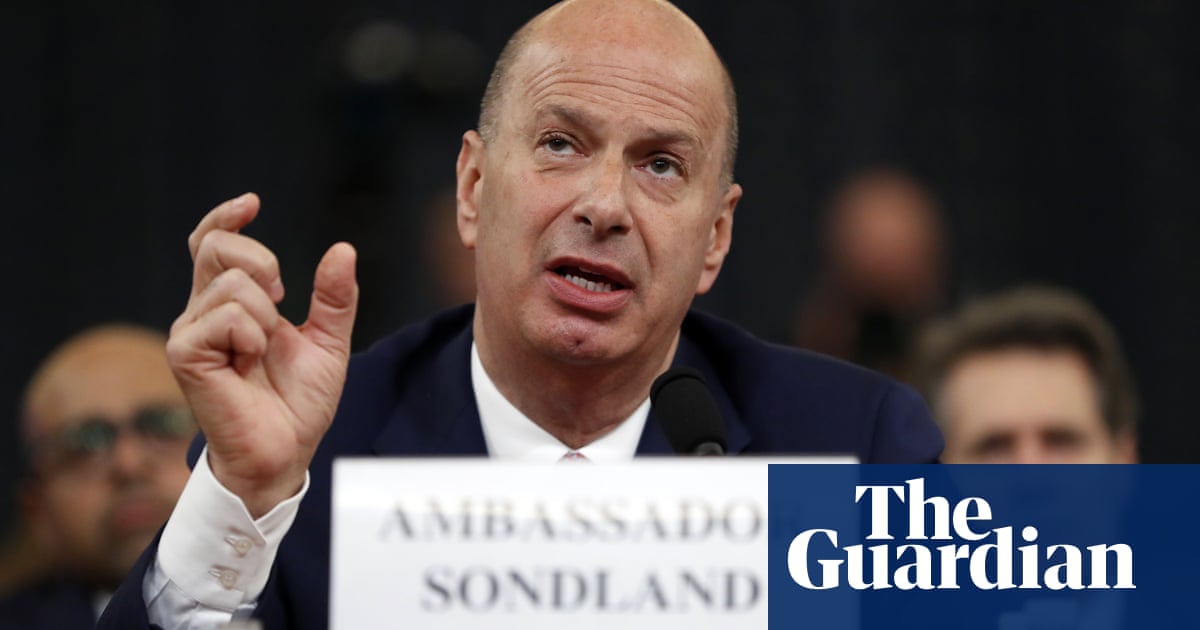 Donald Trump has gifted a record proportion of ambassadorial posts to political appointees, rewarding wealthy supporters with minimal experience at the expense of career diplomats, according to the latest figures.

About 44% of US ambassadors nominated by Trump have been political appointees, compared with a historical average of about 30%, according to the American Foreign Service Association (AFSA). That percentage is getting higher. Out of the ambassador nominations so far this year, 57% have gone to political appointees.

The dramatic increase of top posts being given to wealthy entrepreneurs like Lana Marks – a handbag designer made US ambassador to South Africa last year – could violate the law, which requires most ambassadorial posts to go to state department diplomats, and for ambassadors to have relevant experience.

Brett Bruen, a former US diplomat and former head of global engagement in the White House, said the number of ambassadorial openings for career diplomats was even smaller in the list of job openings being circulated this summer.

The Bureau of Western Hemisphere Affairs, covering the Americas, has only one ambassadorship on the list, Nicaragua, open to foreign service officers, Bruen said. Citing state department sources, he said that though there were 20 vacancies in Africa this year, the number of ambassador posts in Europe and Asia open to career diplomats was “dramatically down”.

The Foreign Service Act of 1980 requires that most ambassadors should be career foreign service officers, that political appointments should be a rarity, and that all appointees should be fully qualified for their positions.

“We are concerned that the percentage of political appointees is higher than at any time in recent history, and also with the number of nominees who do not appear to be qualified for their positions,” Eric Rubin, the AFSA president, said.

He urged the US Senate to scrutinise the qualifications of nominees with the aim of returning to the historic norm of between 25% and 35% of posts being reserved for political appointees.

“The current percentage of about 45% is way above historical norms and has a negative impact on our diplomacy and overseas operations,” Rubin said. The Senate has so far overwhelmingly backed Trump’s ambassadorial nominations.

A state department spokesperson said: “This year, like every year, career employees have a number of posts for which they can indicate interest and compete,” adding the number “varies from year to year”.

The practice of giving top diplomatic posts to rich backers came under particular scrutiny during the impeachment crisis, in which Gordon Sondland, a hotelier appointed by Trump as ambassador to the European Union, played a central role in establishing a parallel policy towards Ukraine run by Trump and his lawyer, Rudy Giuliani.

The Washington Post has described US ambassadorships as “destination tourism for the mega-rich”. Ryan Scoville, an associate law professor at University of Marquette, published a study of political appointee ambassadors last year. Comparing the Trump administration with the Ronald Reagan era, Scoville found the new appointees were “inferior in terms of language abilities, prior experience in the receiving state and region, prior experience in foreign policy and prior experience in organizational leadership”.

On the other hand, Trump appointees paid 15 times more than their Reagan counterparts in campaign contributions.

“There is an element of being in an election year, when political favours go a long way,” Bruen said.

He argued the steady rise in the political appointees getting top jobs “demonstrates a deep distrust on the seventh floor [the leadership] of the state department and at the White House, of career foreign service officers”.

“They have been systematically shut out of the policy process, they’ve been sidelined when issues arose and they had concerns, and they have also been forced to bear the brunt of the president’s direct wrath,” Bruen added.

The Latest: Egypt orders the wearing of face masks in public | National