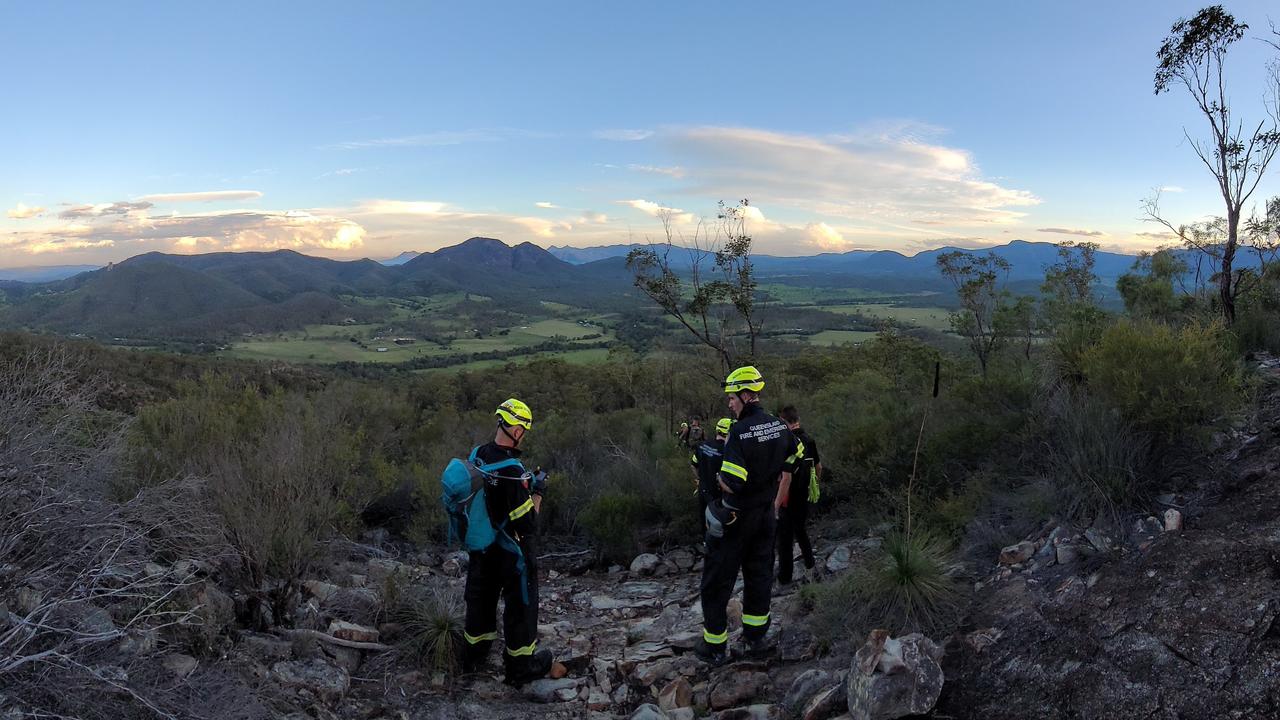 THREE people were rescued after becoming stuck on a rock face high up on a mountain near Boonah last night.

SES and Queensland Fire and Rescue Service crews pulled off a vertical rescue on Mount Greville near Moogerah Dam over several hours on Sunday.

A Queensland Fire and Emergency Services spokeswoman said crews got the call just after 3pm.

Initial reports suggested there were two people stuck 250m up a rock face but it turned out to be three – two men and a woman – in need of rescue.

Police and paramedics were also on scene.

“Personnel proceeded with vertical rescue equipment up the mountain,” the spokeswoman said.

“It took approxiamtely one hour each way to get up there.”

Two of the people were able to walk down with assistance but the other needed to be roped down the mountain.

They reached the base of the mountain just before 9pm.

In the wake of the incident, QFES is warning adventurers to match their level of ability to the challenge, pack enough water and food and head back while it is still light.

The Mt Greville Waterfall Gorge Circuit is 5.2km and is located in the Moogerah Peaks National Park.

The hike should take about three hours to complete according to Trail Hiking Australia.