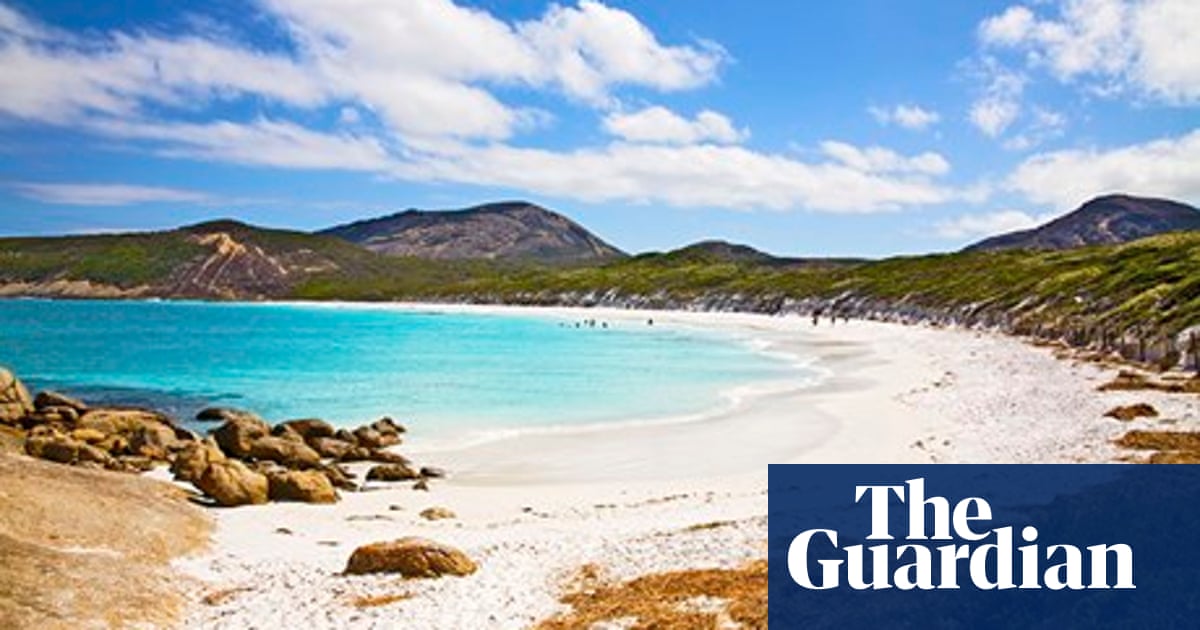 Cape Le Grand is 50km from the nearest town, Esperance, which is itself a long way from anywhere, but that’s WA for you), so you’ll have to make an effort to get here. But once you’ve driven through the spectacular national park, dotted with huge, domed granite outcrops, you will be rewarded with an almost empty crescent of the whitest sand in Australia, and safe, aquamarine surf. My diary entry for this place reads ‘possibly the most perfect little beach in the world’. And so it is. tinyurl.com/olyv59p
Wendy Harnan-Kajzer

Mettam’s Pool, Perth
You get the best choice of Aussie beach life in Perth: sunbake on Cottesloe, surf at Scarborough and best of all is a little known one called Mettam’s Pool, just 20 minutes by bus from the city centre. It’s a cove, sheltered from wind and waves, with crystal clear waters for snorkelling and it’s calm and warm for relaxed swimming. Dive in after a morning cappuccino or sip a glass of local wine later on while enjoying the breathtaking sunsets over the Indian Ocean.
lifeonperth.com/mettamspool.htm
foxthecox

Richardson’s beach, Freycinet national park
Camp on dunes that were created by the oyster shells of 6,000 years of Aboriginal feasts. Camping alone among abundant wildlife, I felt adventurously remote on this quiet, curved beach, surrounded by unspoilt hills, with wonderful views and walks. Yet at one end of the beach is a lodge with a good bistro overlooking the bay. At the other is the village of Coles Bay, with a French baker and seafood cafes. There’s plenty of accommodation, if camping’s not your thing. Nearby Wineglass Bay is thought to be more spectacular, but no bistro, baker or oysters!
tinyurl.com/o6poxjz
MegBond

British Admiral Beach, King Island Named after the clipper which was shipwrecked here in 1874, killing 79 people, there is a long, lazy stretch of beach here favoured by surfers. It is backed by rolling sand hills covered with dark green foliage which provides tracks to explore and shelter from the sun (or the wind, depending on the season). Paddling, fishing, horse-riding and surfing are all popular pastimes but you’re often likely to have the whole place to yourself.
tinyurl.com/nm5k3vc
Beefandcheese

Bronte beach, Sydney,
This eastern suburbs beach has it all for families holidaying in Sydney. Surfing, people-watching and a salt water swimming pool. Not to mention the “bogey hole” for more gentle sea bathing and a superb, shaded children’s play area. After all this beach action there are communal barbecue areas, and a handful of lovely cafes and restaurants.
tinyurl.com/pttqnks
CharloteeZierold

One Mile Beach, Forster
The headland of any beach can make one feel insignificant, with the ocean stretching into the distance, and small figures clinging to the shore at the mercy of the water’s various whims. Perched on top of One Mile’s magnificent northern dune, 300km up the coast from Sydney, looking down the brilliant white sand and beyond to Cape Hawke, it’s hard to escape this feeling. This beach has many moods – it can be angry, reticent, calm (uneasily so); but it is never dull, and always fiercely beautiful. It is a local’s beach – what tourists there are cluster at the south end between the flags, perhaps with good reason.
tinyurl.com/pzw6j5b
Ciudad Marron

Dolphin Bay, Innes national park
Innes national park, on the toe of Yorke peninsula’s foot is one of South Australia’s best kept secrets. Dolphin Bay is one of a string of deserted beaches where you are able to swim with rays, surf unknown breaks, snorkel reefs, and fish fertile waters. It’s a region that South Australian’s have spent Summers at for generations yet is barely known to others.
tinyurl.com/nkfdlz6
caffiendmelbourne

Shady beach, Yirrkala
This is the local beach, popular with Yirrkala Indigenous Australian families in north-east Arnhem Land and well as people from the mining town up the road. The attractions are the trees which provide shade over much of the sand, sharing the beach with Indigenous Australians, the fact that it’s not crowded – and that on a windy day you can even catch a surf break at one end. Saltwater crocodiles don’t seem to dissuade people from going in – fingers crossed.
Harvey999999

Quarantine Bay, Cooktown
Travelling the well-trodden east coast of Australia there are few times that you feel like you’re discovering something on your own. I loved Quarantine Bay. Walking the 4km track from Cooktown Road, surrounded by dense vegetation, the anticipation is almost painful before the beach and sea open up in front of you. A kilometre-long beach with a mix of sand and gravel is backed by steep, lush tropical slopes that block off the rest of the world. There are no facilities at all, just scattered polished boulders to keep you company.
tinyurl.com/ppwd759
Kirby Watts

Eastern View beach
Drive down the sweeping bend at Moggs Creek, past some very impressive beach houses and park at the second car park after the Eastern View sign. Walk straight down on to the golden sands and let the water lap at your feet while you take in the view. In the distance to the left is the Aireys lighthouse; to the right, the Great Ocean Road starts its climb towards Lorne and beyond. This stretch of beach must be at least 10km long, so it is never crowded. A very enjoyable stroll ends with a bit of body surfing and some sun bathing.
tinyurl.com/nw6eadz
Woollcott