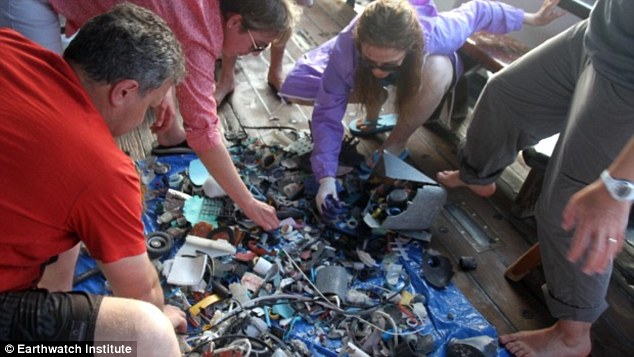 The volume of rubbish washing up on the shores of the Whitsunday Islands has led experts to label the tourist hotspot’s beaches as some of the dirtiest in Australia.

A non-profit environmental group has removed more than 130 tonnes of rubbish from Whitsunday Islands beaches in the past six years, triggering research into the pollution.

Since July 2009, Eco Barge and the Whitsunday Marine Debris Removal Program have conducted debris removal on the coastline in the area, completing regular clean-ups and responses to extreme weather events.

Scroll down for video 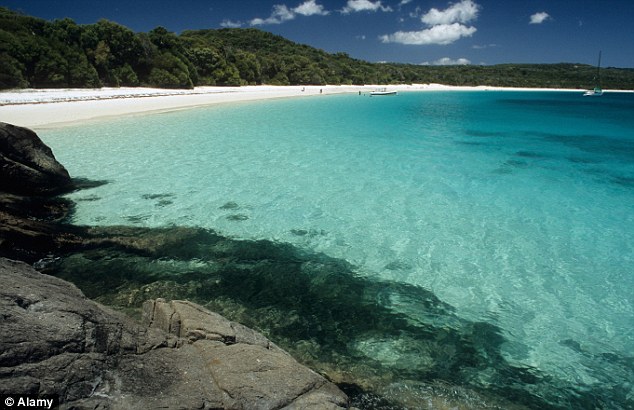 Some beaches in the Whitsunday Islands (pictured) were among the dirtiest in Australia, a researcher said (stock image) 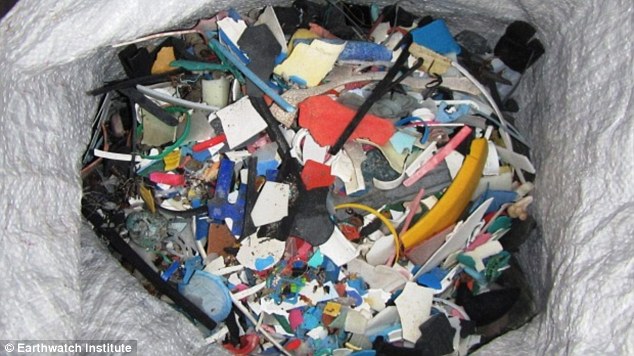 Following the project, a civilian research effort combining several groups including the Southern Cross University, Eco Barge and Earthwatch Institute set out to find out what it was washing up on the beaches, The Brisbane Times reported.

During the research, 38,000 items of debris were collected on 12 beaches comprising about 1.1 kilometres of shoreline on Hook Island, South Molle Island, Whitsunday Island, Border Island, Shaw Island and Genesta Bay.

Among the debris was more than 285 kilograms of plastic.

Southern Cross University associate professor Steve Smith said the ‘eye opener’ results from the region, off the Queensland coast, made the beaches among the dirtiest in the country and on par with some in South-East Asia, the Brisbane Times reported.

The amount of waste – including one 10 metre-long section of beach with nearly 4,000 pieces of rubbish – had not been noticed because prevailing winds washed it up on the South-East coasts, away from the more populated northern areas, Professor Smith said.

While it was often hard to identify the source of the waste, researchers estimated about 50 percent of it was foreign and 30 per cent from China.

Overall, 65 percent of the rubbish was plastic. 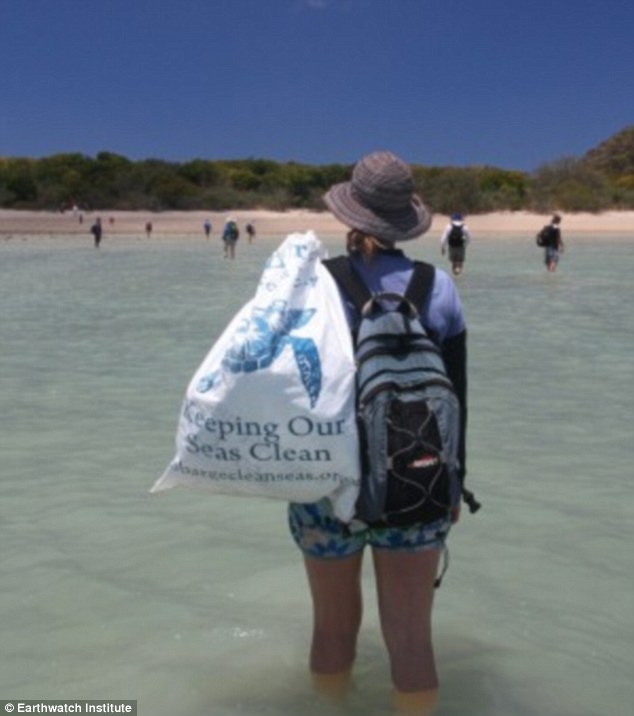 A member of the project carries a collection bag 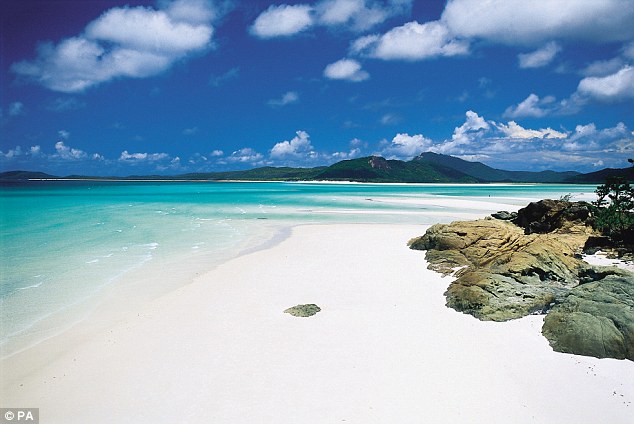 Despite the amount of rubbish, only one case of a bird dying after being caught in plastic was encountered.

However, there was ‘evidence of interactions with wildlife’ which had ’caused some harm’, Professor Smith told the Brisbane Times.

The most frequently found sizes of waste were an ideal size for being ingested by turtles and birds, both of which were increasingly found dead after consuming plastic.

Worldwide, about 650 species of animals had been found to ingest plastics, the Brisbane Times reported. 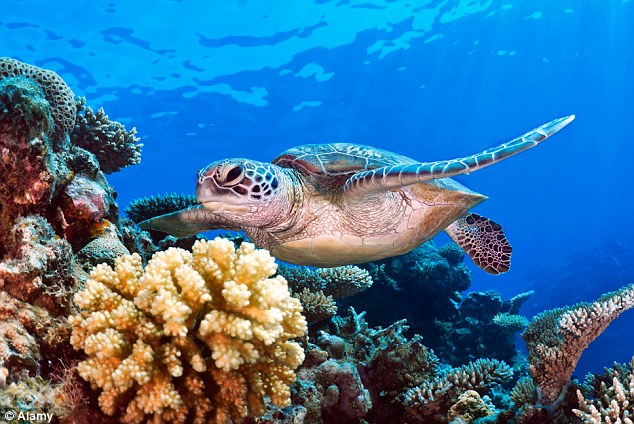 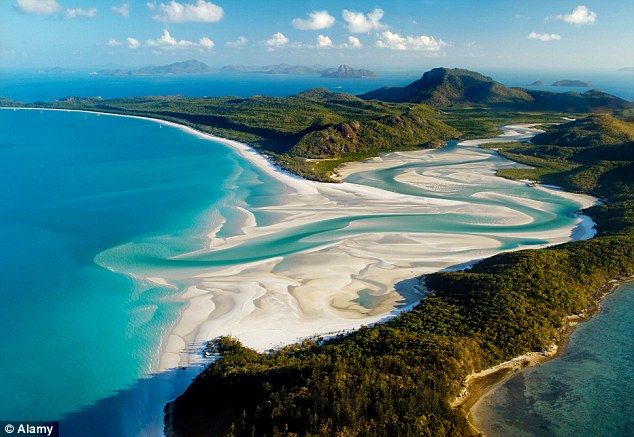 Whitehaven Beach, Whitsunday Island, near to other islands and beaches where large volumes of waste were found (stock image)

Professor Smith said he hoped the research would aid a Federal inquiry into the threat of marine plastic pollution.

Raising awareness of the situation, with an aim to change attitudes around disposal of plastics was another goal.

Interestingly, the research group included major packaging company Amcor and during the collection, an Amcor bottle was discovered.

Given it would have been produced in either north or south America, the company decided to investigate how it ended up on Australian shores, Professor Smith said. 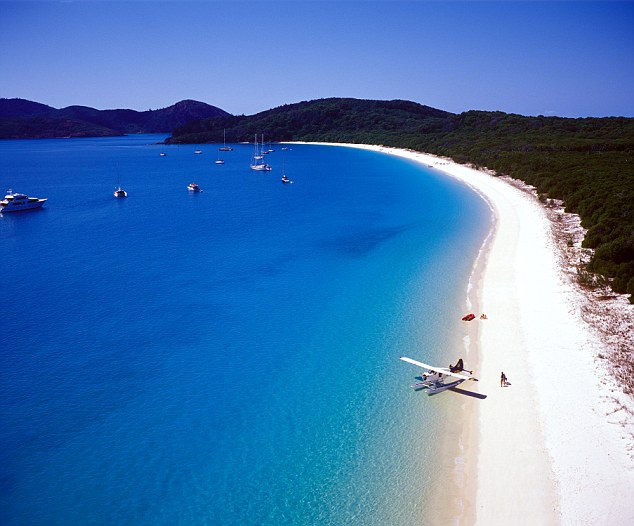 Researchers said much of the rubbish had gone unnoticed as it washed up on less populated south eastern beaches in the Whitsundays. Pictured is Whitehaven Beach (stock image)