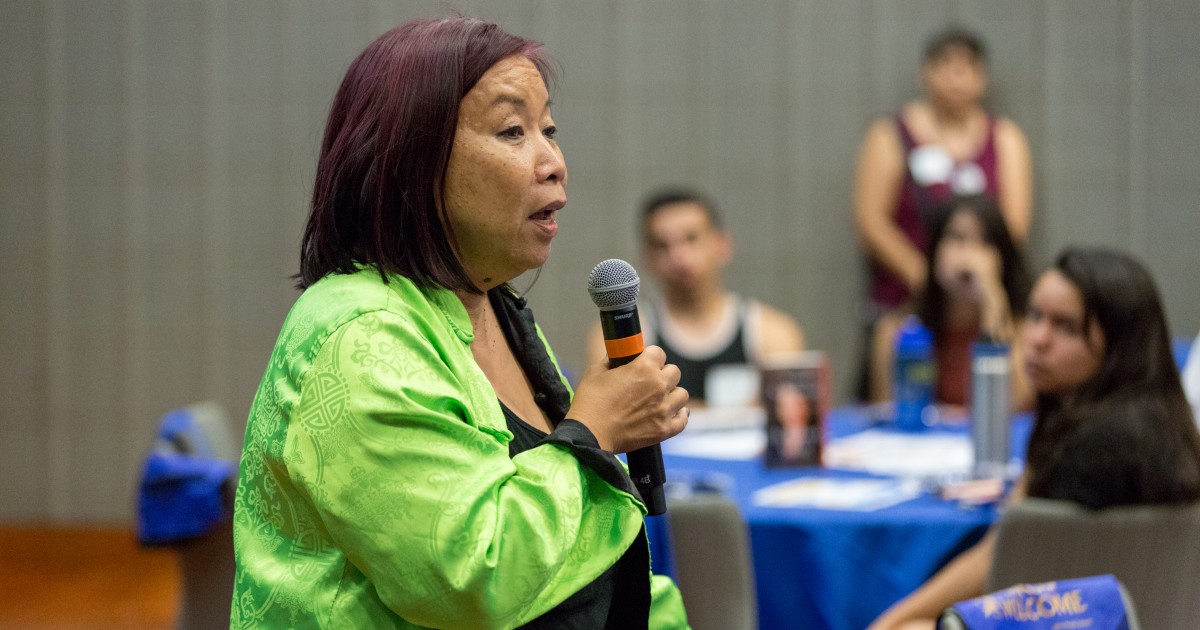 With an executive order this month, the Trump administration took aim at the anti-racism training that is becoming commonplace at colleges and other workplaces. The directive bars federal departments and agencies, government contractors, and any recipients of federal grants from holding such training for employees.

President Trump’s order criticizes training that “perpetuates racial stereotypes and division and can use subtle coercive pressure to ensure conformity of viewpoint.” The text then states: “Research also suggests that blame-focused diversity training reinforces biases and decreases opportunities for minorities.”

While it’s unclear whether colleges — many of which receive federal grants — would face consequences under the order, the directive has reignited debate around diversity training and whether it does any good.

The issue is top of mind for college leaders, who are grappling with higher education’s broader reckoning over racial injustice and facing greater pressure from students and others to require such training for faculty and staff members.

What does the research actually say about diversity training’s effectiveness?

A major 2019 study on diversity training found that it could be effective — for some people.

A team of researchers led by Edward Chang, a Ph.D. student at the University of Pennsylvania’s Wharton School, tested how diversity training affected people’s attitudes and behaviors at work. The team had 3,000 people at one company voluntarily take diversity training and then explored its effects on their attitudes about women and racial minorities, Chang said.

For people who were less supportive of women beforehand, the training positively changed their attitudes. In other words, they began to acknowledge their own racial and gender biases, and recognized that discrimination against women was a problem. But the training didn’t meaningfully change the behavior of men or white employees, Chang said.

The only category of people who adjusted their behavior were younger women, he said: After the training, they took more initiative to promote their careers.

“There was no evidence of backlash,” Chang emphasized. In other words, even if the training didn’t change people’s actions, it didn’t do any harm.

But other studies have found that diversity training doesn’t work — and, in fact, could make things worse.

Two sociologists, Frank Dobbin at Harvard University and Alexandra Kalev at Tel Aviv University, have examined the effects of diversity training at hundreds of U.S. colleges and companies. They’ve found that, five to 10 years later, there aren’t more women and people of color holding management positions or tenured faculty jobs. In some cases, there are fewer.

“Training can’t change stereotypes,” Dobbin said in an interview. “Stereotypes are built up over a lifetime.”

Other studies, he said, have found that some people become even more prejudiced after going through diversity training — especially if it’s mandatory. They can feel that they’re being punished, he said, and that they’re being blamed as individuals for a systemic problem like racism.

Amna Khalid, an associate professor of history at Carleton College who has looked at approaches to campus diversity training, said some programs end up reinforcing negative stereotypes about different groups. Khalid is a fellow at the Heterodox Academy, a group that promotes ideological diversity in higher education.

Instead of promoting curiosity about other people and helping identify common ground, Khalid said, many campus training sessions emphasize racial differences. “People feel like they need to walk on eggshells around each other,” she said.

The key word is “mandatory,” Chang said. While voluntary training, like the one he studied, can offer benefits, requiring it can spark a backlash.

But not all mandatory training is bad, said Kathleen Wong(Lau), chief diversity officer at San Jose State University. If an institution mandates training in response to an incident or a lawsuit, for instance, and there’s no follow-up from campus leaders, she said, that’s a problem.

Some people are resistant to diversity training, Wong(Lau) said, and it’s important to adjust accordingly. Still, she said, the vast majority of people within a college or organization are “open to learning more.” That includes a broad spectrum, from those who already know a lot about race-and-gender issues, to those who are unfamiliar but want to get up to speed.

Some methods of educating people about bias and stereotypes might work better than others.

There are ways to do better training for faculty and staff members, Wong(Lau) said. A program could start off with narratives from students or employees about their experiences, and with data that spell out the problems.

Then, she said, the training can give people “a framework to process and understand,” easing into topics like systemic racism. Now you’ve heard these stories and seen the research. What does it mean?

Colleges should also give faculty and staff members opportunities to practice talking about race and bias with colleagues in a structured, facilitated way, Wong(Lau) said.

Khalid said she supports diversity education that focuses on what she described as “the true value of diversity” — different perspectives. Colleges can use existing structures, like academic courses for students and research seminars for faculty members, to promote substantive conversations about race and inclusion, she said.

Colleges shouldn’t be relying on a one-time session to solve all of their diversity problems, experts say.

If college leaders really want faculty and staff members to be educated on diversity, Chang said, they shouldn’t rely on a one-time training. In college, he said, “courses are not just one hour and then they expect you to remember everything for the rest of your life.”

In an analysis of four decades of research on diversity training, published in 2016, researchers wrote that the positive effects of diversity training tended to decline over time. For instance, they said, someone who was prejudiced against Black people before a training might be more accepting of them afterward. But a few months later, after media accounts of riots and unrest that paint some Black people in a negative light, that person’s attitudes might shift right back.

That’s why it’s important for colleges and other institutions to do more than just training, the researchers wrote. “The positive effects of diversity training were greater when training was complemented by other diversity initiatives, targeted to both awareness and skills development, and conducted over a significant period of time.”

Stefano Domenicali is the new CEO of Formula One