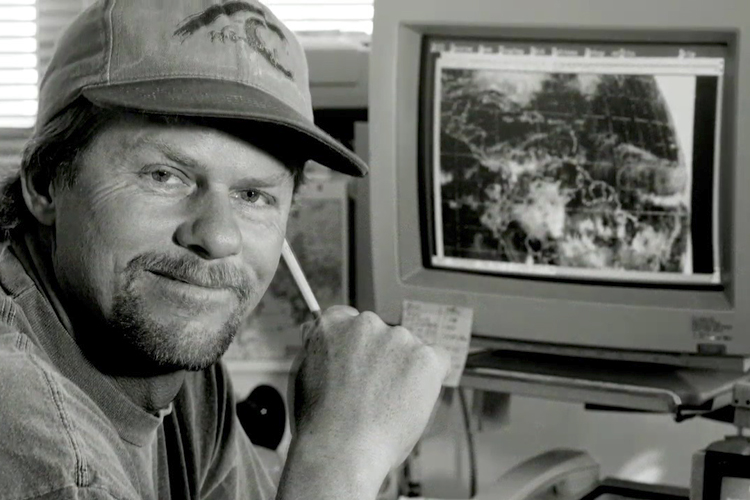 The trio kicked off their business with a pay-per-call telephone surf report before the brand evolved into a digital surf report and forecasting tool with live stream cameras.

In the early days, Surfline employed between 20 and 50 local surfers who would send morning reports to the company’s central office in Huntington Beach.

By dialing (213 or 818) 976-SURF and paying 55 cents for a 90-second recorded message, Southern California surfers got valuable information on the wave conditions for some of the best spots in the region.

There were two daily surf reports: the first was available 15 minutes after sunrise, and the other one was released at 2:15 pm.

In its first month of operation, Surfline received 6,000 calls per day and quickly expanded its service to Northern California, Florida, and Texas.

The newly-created surf information company promoted itself in one of its first ads as a service “compiled with state-of-the-art computer technology.”

Interestingly, surf reports were not new.

Radios had been broadcasting them for a while – especially in Australia – but surfers had to wait passively around to hear it.

But real-time information relays were something groundbreaking and new.

“Until the 1950s, nobody in the sport really understood how waves were created, much less when they were going to arrive,” surf historian Matt Warshaw wrote in “The Encyclopedia of Surfing.”

“A ‘Gidget’ character named Lord Gallo, introduced in the 1957 book as Malibu’s ‘most educated’ surfer, was pretty sure that big surf was happening more often thanks to ‘all those H-bomb blasts’ in the Pacific.”

“Wave forecasting didn’t come into its own as a study until World War II, when Allied commanders ordered that the D-Day amphibious landing at Normandy, for obvious reasons, be launched during to a low-surf window.”

Things changed a bit with the launch of NASA’s first weather satellite in 1960, and then in the late 1970s when dozens of weather buoys were deployed across the Pacific and Atlantic Oceans.

By the end of the 1980s, a young, red-haired junior college dropout, sailor and surfer named Sean Collins had already developed the art of producing reliable surf forecasts.

After collaborating with Surfline, he founded his own pay-per-call service called Wave-Trak (976-TRAK).

In 1991, Collins eventually became a partner at Surfline, and both businesses merged; two years later, he ended up taking over Surfline from the original founders, Masuoka and Wilk.

By the late 1990s, Surfline was receiving one million calls per year, and sending daily forecasts via fax.

After Wavefax, Collins and his team launched Surf Alert, a pager (beeper) service that informed surfers when the surf was up. 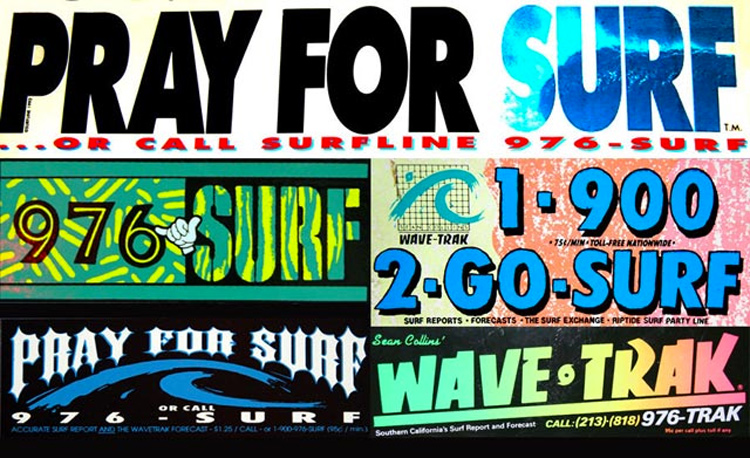 After ten years as a pay-per-call service, Surfline.com made its debut online.

A quick “whois” search tells us that the URL was registered on April 27, 1995. The internet was still in its infancy.

As a result, Surfline was de facto one of the world’s first surfing websites.

Initially, the platform was a mere internet version of the original phone service. But the online boom and the surf cam paradigm changed everything.

Soon after, the site was bought up by Swell, Bluetorch and Hardcloud, and grew exponentially.

The management team hired writers, photographers, and designers, and Surfline also became a news source for its readers and customers. 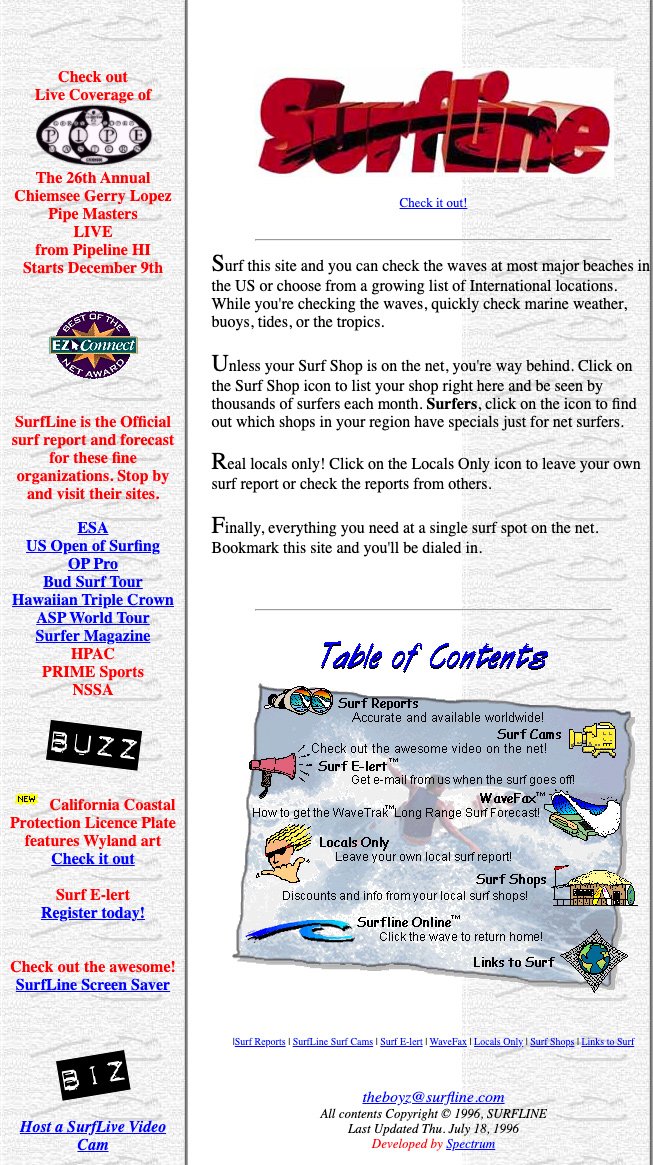 With the turn of the millennium, and after the dot-com bubble burst, Surfline parted ways with Swell, and Collins bought back part of the company.

The leading surf forecasting website was left alone without investors; the project struggled to stay afloat. But survived.

By the end of 2002, the internet was becoming a mass medium, and the popular wave-predicting oracle was recording 500,000 visitors and users per month.

The surf forecasting website describes itself as “part science, part art, and part pure data,” and enables its subscribers to check and analyze swell predictions two weeks in advance.

With the turn of the millennium, Surfline bought buoyweather.com (2003) and fishtrack.com (2012) to reach ever-broadening audiences.

The digital wave report and forecasting service is headquartered in Huntington Beach, California. 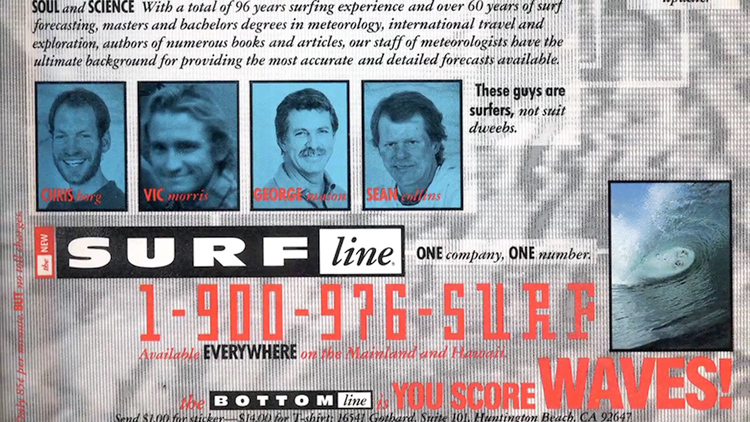 Surfline was the pioneer of the so-called live surf cam revolution.

The first-ever live surf camera was set up by Sean Collins for the 1996 US Open of Surfing in Huntington Beach.

Using a computer software called “Snap and Send” and a closed-circuit video security camera, he was able to share a single frame to the world every five minutes.

Through time, Surfline built a network of streaming cameras that enable surfers to check the wave, weather, and ocean conditions in real-time in some of the world’s best surf breaks and beaches.

Surfline shaped today’s surf culture and lifestyle, allowing water sports enthusiasts and professional surfers to plan surf sessions, decide when and where to paddle out, anticipate and track groundswells and perfect storms.

In other words, the popular surf forecasting website increases the chances of making good decisions when going for a surf, reducing disappointment, and optimizing the scarcity of resources from a wave riding perspective.

The real-time surf cam service continued growing as a pay-per-view premium service, reaching over 200 “views of the beach” installed in famed spots across the world.

Today, Surfline is the largest provider of streaming live HD coastal webcams, with most of them transmitting footage in 4K. 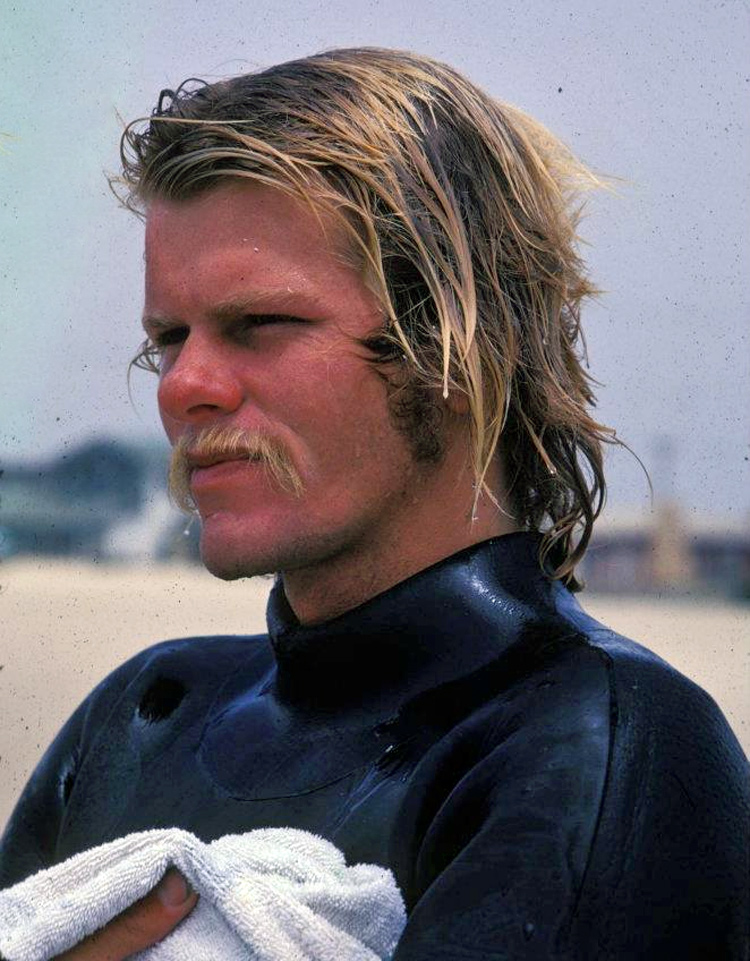 The Legacy of Sean Collins

Sean Collins is the heart and soul of Surfline. The ultimate guru of surf forecasting was almost always spot-on.

His father, a former Navy lieutenant and passionate sailor, shared his interest in oceanography and surf science with his son.

Collins started surfing in the early 1960s, and then picked up interest in predicting flawless surfing conditions.

In the early 1980s, and according to “The Encyclopedia of Surfing,” he would “drive through Baja with a first-generation fax machine, pull off the road, plug the device into his car battery, toss a 100-foot antenna wire over the tallest available cactus, and wait for satellite images of the Pacific Ocean to scroll out.”

“He would then decide what beach to shoot for.”

Despite having no academic meteorological studies, Sean Collins was hired in 1984 to be Surfline’s chief forecaster.

One year later, in March 1985, Surfline made its debut as a fee-based 900-prefix surf information line.

And what a way to kicks things off – his first report was as accurate as a Swiss watch. 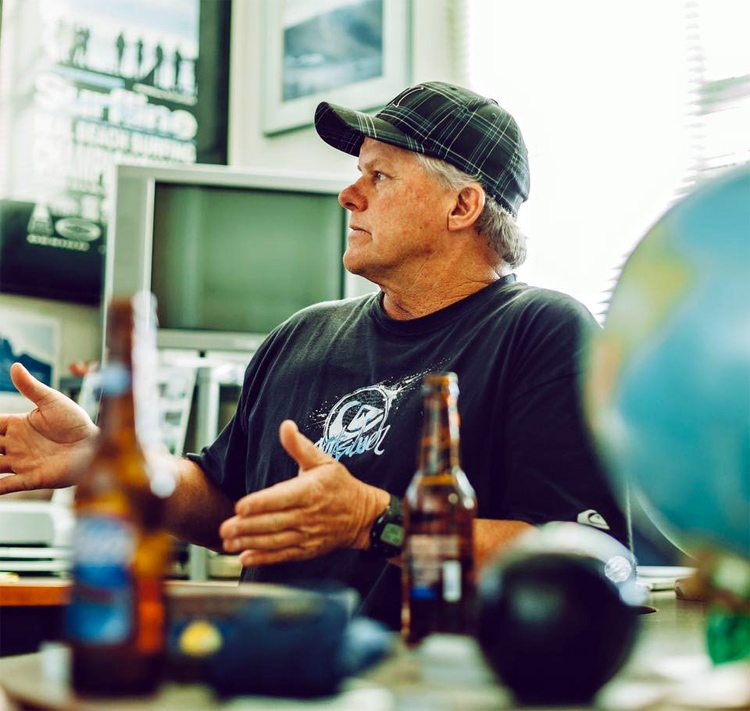 “Collins gave a full week’s notice on a big, clean, early-season swell originating from well below the equator,” Warshaw recalls.

“Data from the South Pacific was harder to come by than from the North Pacific, and this particular wave-generating storm, almost 6,000 miles to the SSW, was at a ridiculously long remove from Southern California.”

“When it arrived exactly as Collins predicted, the early-adopters who’d risked a few quarters in toll calls and scored perfect overhead waves at Trestles, Newport, and Malibu called it a breakthrough.

“Despite competition from other forecasting services, Surfline rocketed out in front. Collins’ wave-guru reputation went national, then international.”

His highly successful career as a swell forecaster caught the attention of several private and public organizations and institutions who hired Collins as a consultant.

Today, harbormasters, lifeguard agencies, Hollywood producers, the US Coast Guard, the US Navy Seals, the National Weather Service, and other governmental authorities still work with Surfline.

Purists accused Collins of destroying surfing’s mystique and overpopulating surf breaks that were once nearly empty and ruled by local wave riders.

Some beach cameras were even vandalized or destroyed.

The surf forecaster admitted that he had contributed to more crowded lineups, but counterattacked with a valid argument – time management.

“Some of the magic is gone. [But] If I wanted to surf into my old age and share it with my kids, I was going to have to do a better job of getting waves when it counted and going to work when it didn’t count,” Sean Collins once stated.

He was a passionate surfer, and his sudden solo surf trips to Baja would often indicate a good south swell was on the way.

Collins was inducted into the Surfer’s Hall of Fame in 2008, in Huntington Beach, next to the Duke Kahanamoku statue.

He passed away on December 26, 2011, after suffering a heart attack while playing tennis with his wife, Daren. Sean was only 59. 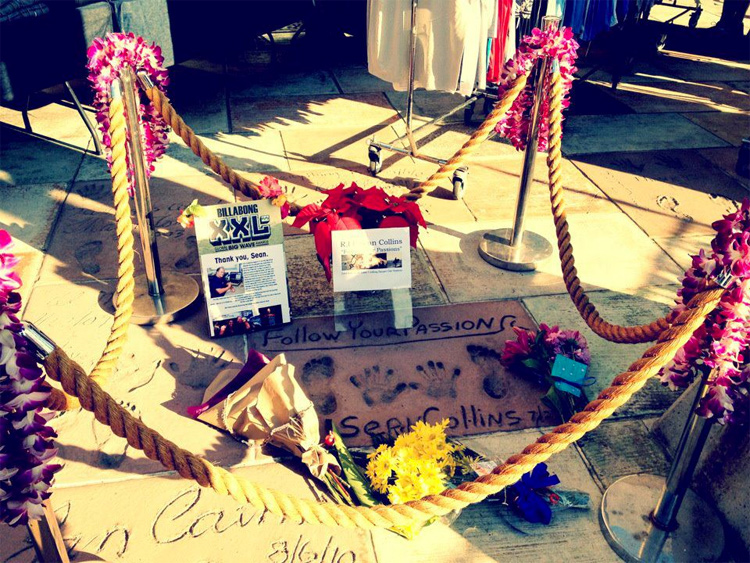 Surfline has been tweaking, fine-tuning and improving its forecast formula over the decades to ensure that its predictions are as reliable as they can be.

The work involves meteorologists, oceanographers, mathematicians, engineers, and professionals from many ocean sciences.

But the variables involved in surf science are immense and also include bathymetry, air and water temperatures, tides, and other natural phenomena.

The current chairman and CEO of Surfline/Wavetrak is Jeff Berg.

AFL live on YouTube? It could all be part of sport’s post-coronavirus future