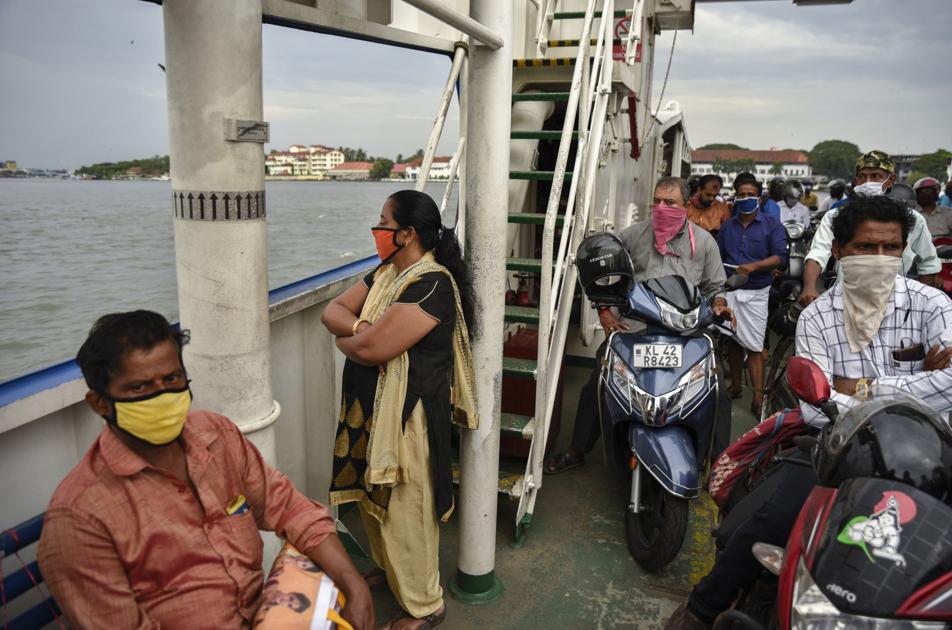 The Latest on the coronavirus pandemic. The new coronavirus causes mild or moderate symptoms for most people. For some, especially older adults and people with existing health problems, it can cause more severe illness or death.

TOP OF THE HOUR:

— Egypt orders its people to wear face masks in public

CAIRO — Egypt on Saturday ordered its people to wear face masks in public, when taking private transportation, and inside government offices as it eases the partial lockdown imposed during the weeklong Muslim holiday of Eid- el-Fitr.

Prime Minister Mustafa Madbouly said violators will be fined. He said the nationwide curfew will be 8 p.m. to 6 a.m. for another two weeks.

Egypt, the Arab World’s most populous country, has seen a jump of daily reported infections in the past week, with a total of 879 deaths among 22,082 confirmed cases. The country of 100 million people has the highest announced deaths from COVID-19 in the Arab World.

BERLIN — German Chancellor Angela Merkel will not personally attend a meeting in the U.S. with the leaders of the world’s major economies if President Donald Trump goes ahead with it, unless the course of the coronavirus spread changes by then, her office said Saturday.

After canceling the Group of Seven summit, originally scheduled for June 10-12 at Camp David, Trump said a week ago that he was again considering hosting an in-person meeting of world leaders because it would be a “great sign to all” of things returning to normal during the pandemic.

Immediately after that announcement, Merkel suggested that she had not yet made up her mind on whether to attend in person or by video conference, but her office told the dpa news agency that she has now made a decision.

“As of today, given the overall pandemic situation, she cannot commit to participating in person,” Merkel’s office said.

ISLAMABAD — Even as Pakistan recorded its single highest overnight death toll of 78 and its numbers of COVID-19 confirmed cases soared passed 66,000, the country’s Civil Aviation Authority announced international flights can resume in and out of Pakistan.

As of Saturday Pakistan had recorded 1,395 deaths from COVID-19 since mid March and daily counts of new cases showed a daily jump of nearly 2,500.

Still Pakistan has eased most of its lock-down measures and earlier this month the Supreme Court even ordered shopping malls to open. Despite pleas from the country’s medical profession, and dire warnings of more deaths from the spread of the coronavirus,

Prime Minister Imran Khan refused to close down mosques, bowing to Pakistan’s radical religious leaders, who threatened violent protests if mosques were closed. Pakistan has barely 3,000 intensive care beds throughout the country of 220 million people, who have paid little to no attention to government directions to social distance. Domestic flights resumed earlier this month.

NEW DELHI — India has registered another record single day jump of 7,964 coronavirus cases and 265 deaths, a day before the two-month-old lockdown across the country of 1.3 billion people is set to end.

Meanwhile, Prime Minister Narendra Modi, in an open letter on one year of the government’s second term, asserted that India was traversing on the path to “victory” in its battle against the virus. He said India will set “an example in economic revival” and asked the countrymen to show a “firm resolve.”

Modi also acknowledged the “tremendous suffering” of migrant workers and laborers who were the worse hit after India imposed a nationwide coronavirus lockdown in late March, forcing millions of them to flee cities after losing their jobs and make grueling and dangerous trips back to their hometowns.

The federal government is expected to issue a new set of guidelines this weekend, possibly extending the lockdown in worst-hit areas.

India started easing lockdown restrictions earlier this month, allowing reopening of shops and manufacturing and resumption of some trains and domestic flights and vehicles’ movement.

India has surpassed China both in terms of confirmed cases and deaths from the disease.

BEIJING — Around 400 German managers, workers and family members have begun returning to China aboard charter flights as multinational companies in the world’s second-largest economy seek to get their operations running again at full speed.

A pair of flights from Frankfurt to the Chinese business hubs of Tianjin and Shanghai were organized by the German Chamber of Commerce in China in cooperation with Germany’s diplomatic missions and airline Lufthansa and are the first repatriation flights from Europe to China for foreign nationals. China has largely banned all foreigners from entering China because of the coronavirus outbreak.

“This is an important step to reconnect China’s and Germany’s economies,” Jens Hildebrandt, executive director of the German Chamber of Commerce in North China, was quoted as saying in a news release. “It is our common interest to contribute in helping the economy return to normalcy and pre-virus levels.” More than 5,200 German companies operate in China, employing more than 1 million people. “We know there is a huge demand in the German business community to get more foreign employees back to China,” Hildebrandt was quoted as saying.

The first flight with 200 passengers was due to arrive shortly before noon on Saturday in Tianjin, a port city just east of the capital Beijing. Another flight to Shanghai. The second flight was expected to arrive in Shanghai around midday on Thursday, June 4.

SEOUL, South Korea — South Korea reported 39 new cases of the coronavirus, most of them in the densely populated Seoul metropolitan area, where officials have found more than a hundred infections linked to warehouse workers.

Figures from South Korea’s Centers for Disease Control and Prevention on Saturday brought national totals to 11,441 cases and 269 deaths. At least 12 of the new cases were linked to international arrivals.

KCDC director Jeong Eun-kyeong said during a virus briefing Friday afternoon that at least 102 infections have been linked to workers at a massive warehouse operated by Coupang, a local e-commerce giant that has seen orders spike during the epidemic.

The company has been criticized for failing to implement proper preventive measures and enforce distance between employees, with virus discovered on the safety helmets, laptops, keyboards and other equipment they share.

Health workers have also found at least 266 infections linked to nightclubs and other entertainment venues in the Seoul metropolitan area, which saw huge crowds in early May as officials eased social distancing guidelines.

The resurgence in infections have alarmed officials as millions of children have been returning to schools nationwide.

While shutting nightspots and public spaces to slow the spread of the virus, government officials have so far maintained the phased reopening of schools, expressing hope that the recent transmissions could be contained quickly.