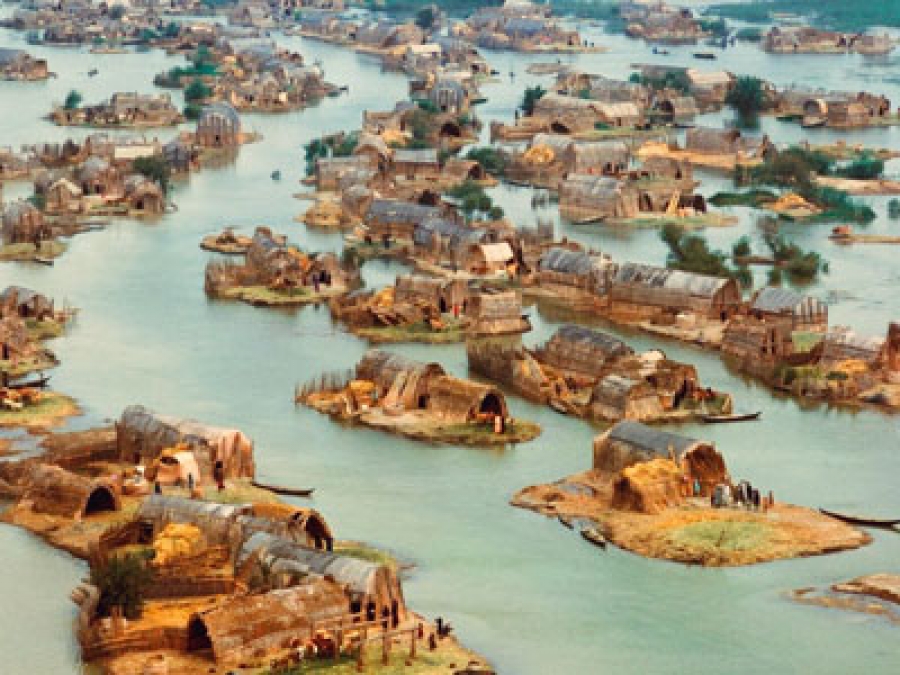 Once upon a time there was a water kingdom in southern Iraq called Maʻdān. Home to over half-a-million ‘Marsh Arabs’ who lived in houses on the water made from woven reeds, Maʻdānf was a thriving wetland community so fecund with life that locals referred to it as the ‘Garden of Eden’.

Sadly Maʻdān was almost destroyed in 1991, when Saddam Hussein drained the marshes, forcing its inhabitants – who Hussein thought were being disloyal to his reign – to flee, leaving their houses behind in the now drought-stricken region.

Since the turn of the century, however, the area has been making a comeback. Led by the few thousand Marsh Arabs who remained, along with environmental activists and the lobbying efforts of groups like Nature Iraq, significant progress has been made to bring the region back to its former, Venice-of-Middle-East glory.

French website MessyNessyChic has put together a selection of the few existing photos of the Garden and its unique ‘basket houses’. Worth checking out if you can’t make it to south Iraq yourself.