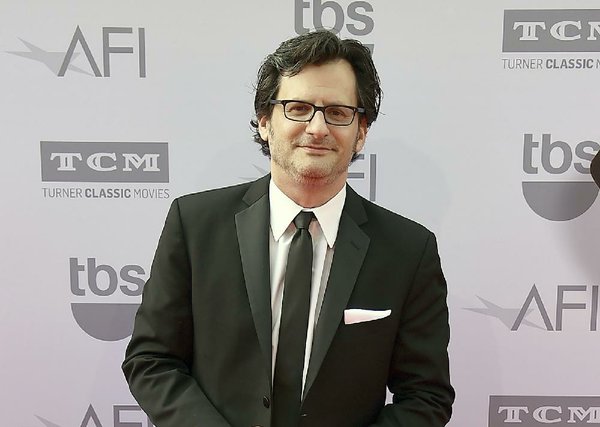 LOS ANGELES — The folks at Turner Classic Movies had just decided they’d have to cancel their annual classic film festival when their general manager had an idea: What if they could do something else in recognition of the lost weekend?

“It felt greedy to say, ‘Well why don’t we do this whole other thing?'” said Pola Changnon, the network’s general manager.

Charles Tabash, the head of programming, told her he’d think about it. And less than 48 hours later, he came back with something even more ambitious: Three and a half days of films, special guest appearances and star-studded segments from past festivals to air in the comfort of viewers’ own homes. And with that, the TCM Classic Film Festival: Special Home Edition was born.

“I got emotional when we made the announcement to cancel. The festival means something to us,” said TCM host Ben Mankiewicz of the March 12 decision. “We all just sensed that we had to do something.”

Starting at 7 p.m. on Thursday with George Cukor’s A Star Is Born and going into to the wee hours of April 20 with a 2:30 a.m. airing of Blake Edwards’ Victor/Victoria, the Special Home Edition is for the devotees who trek out to Hollywood every year for the festival as well as those who haven’t yet gotten to sip martinis at The Hollywood Roosevelt Hotel before watching a favorite film noir at the TCL Chinese Theater. And it couldn’t come sooner for these homebound times.

The home festival has something for everyone. Care to catch up with, or re-watch a few of the most revered films of all time? They’ve got Casablanca, Lawrence of Arabia and North by Northwest all scheduled. Or how about long-form interviews with film legends from past festivals? They have those too with Luise Rainer, Eva Marie Saint, Faye Dunaway and Peter O’Toole, to name a few.

“It represents not only the breadth of what we might have done on a festival weekend but is also a great scrapbook of moments from the 10 years we’ve done this,” Changnon said.

You can also pay tribute to a recently departed legend like Max Von Sydow: Ingmar Bergman’s The Seventh Seal airs on Friday.

Mankiewicz remembers being particularly intimidated to interview Von Sydow at the 2013 festival.

“I was scared. Flat out scared,” he said. “But he was so great. He was so funny and charming and lovely and I’m glad that people are going to get to have a slice of him.”

They were even able to get Peter Bogdanovich out to tape a few segments. Bogdanovich will regale viewers Saturday evening with his tales of Orson Welles as the co-host of a screening of Welles’ second feature, The Magnificent Ambersons, from 1942.

“Peter talking about Orson Welles is worth the price of admission,” Mankiewicz said.

And since they already had him in studio, they had him do one for Casablanca too.

For those looking for family fare, Mankiewicz said his nearly 7-year-old daughter loves Singin’ in the Rain, which will air on April 19.

“Musicals are a great, great opportunity to bring people together,” he said.

And for couples wondering what might make a good date night film, Mankiewicz suggests Jules Dassin’s 1950 noir Night and the City” (Saturday) with Gene Tierney, or Red-Headed Woman, a pre-code film starring Jean Harlow as a woman who uses sex to advance herself that airs April 19.

Another pre-code gem is Baby Face with Barbara Stanwyck, playing early April 20. “One of her conquests is a 25-year-old John Wayne,” he said.

Or if a documentary is more your speed, there’s always Grey Gardens or Harold and Lillian: A Hollywood Love Story, about a storyboard artist and one of the great movie researchers of all time, featuring interviews with Francis Ford Coppola and Mel Brooks.

Everyone was disappointed to have to cancel the festival, but there was no reason the show couldn’t go on in a slightly different way, especially with so much of the world at home. And the staff has been working hard to pull together this at-home festival in time for airing. Mankiewicz said he was up until 2:45 a.m. preparing scripts for the next day and he was nothing but grateful for the work.

“We’re not doctors, we’re not nurses, we’re not scientists,” Mankiewicz said. “But for many of our fans there’s a comfort we provide, and it’s not nothing. All we can do is take the thing that we do seriously. And I’m happy to do something that matters to people even in some small way.”