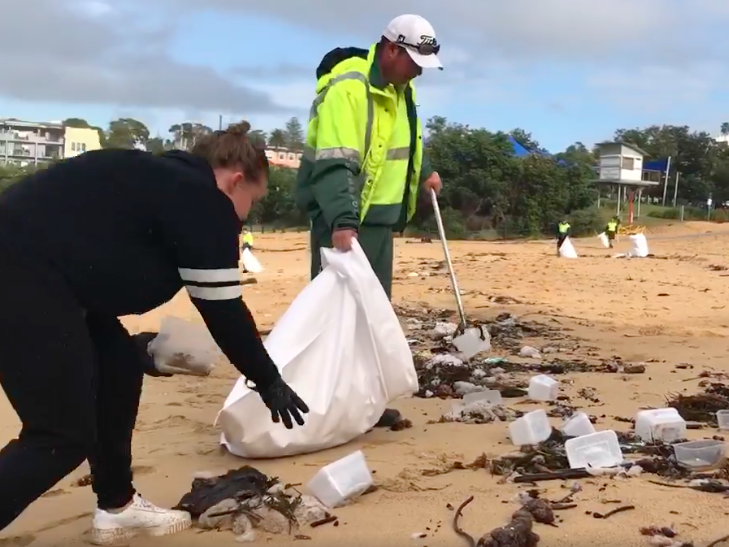 Surgical masks, plastic takeaway containers and other debris have been strewn across beaches in western Australia after 40 shipping containers fell off a ship.

Last weekend the containers fell overboard from the APL England when it got into trouble in rough seas as it travelled to Melbourne from China.

They contained medical face masks, a wide range of goods and building materials.

Sharing the full story, not just the headlines

At least five shipping containers have washed up on beaches in New South Wales so far.

Locals joined efforts to clean up the debris on Wednesday morning and more detritus is expected to wash ashore in the coming days.

Officials at the Australian Maritime Safety Authority received reports of face masks “washing up between Magenta Beacn and The Entrance”, north of Sydney, which “correlate to drift modelling of debris and are consistent with items listed on the ship’s cargo manifest,” AMSA general manager of operations Allan Schwartz said, The Guardian reported.