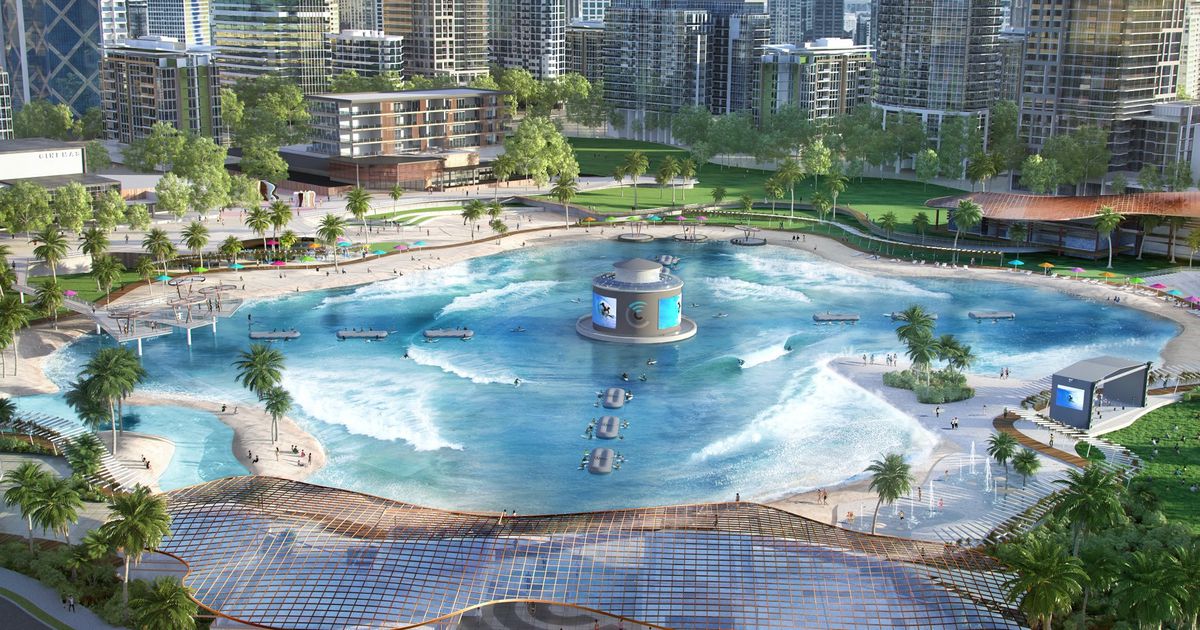 If you like the idea of a Crystal Lagoon, how about Surf Lakes?

An Australia-based company is scouting locations in North Texas and other major U.S. markets where it hopes to build a series of new water parks.

Surf Lakes builds outdoor wave pools that range in size from about 5 acres to 9 acres.

The company has constructed a prototype at home in Australia and is pitching the idea to landowners in the U.S. and worldwide.

“We’ve had close to 600 enquiries from all areas of the planet,” Surf Lakes CEO Aaron Trevis said in a recent announcement. “There is also a huge opportunity to really penetrate the non-surfing market places by locating near shopping malls and local sports fields, and therefore we can share the stoke of riding waves by making facilities that are more accessible to all.”

The planned water recreation facilities use machines to generate up to 2,000 waves per hour.

Dallas’ Edge Realty Partners is seeking locations in the Dallas-Fort Worth area for the projects. “Site selection and acquisition will need to the completed by October 2021,” according to Edge Realty’s request for proposals.

Surf Lakes is looking for development sites ranging from 20 acres to 45 acres.

“Accessibility to major roads to address the 500,000-plus visitors per year is a necessity,” the real estate firm says. “Within a 45-minute drive from major airport for international and domestic travelers is important.”

Surf Lakes got its start in 2013 and has been working to develop a prototype surf pool and do licensing deals for its first facilities.

The planned surf parks are about the size of some of the Crystal Lagoon water features planned for North Texas. The first 5-acre Crystal Lagoon in the Dallas-Fort Worth area opened in 2019 in Prosper’s Wingsong Ranch community.

And a 7-acre Crystal Lagoon is under construction as part of the Sapphire Bay development in Rowlett.