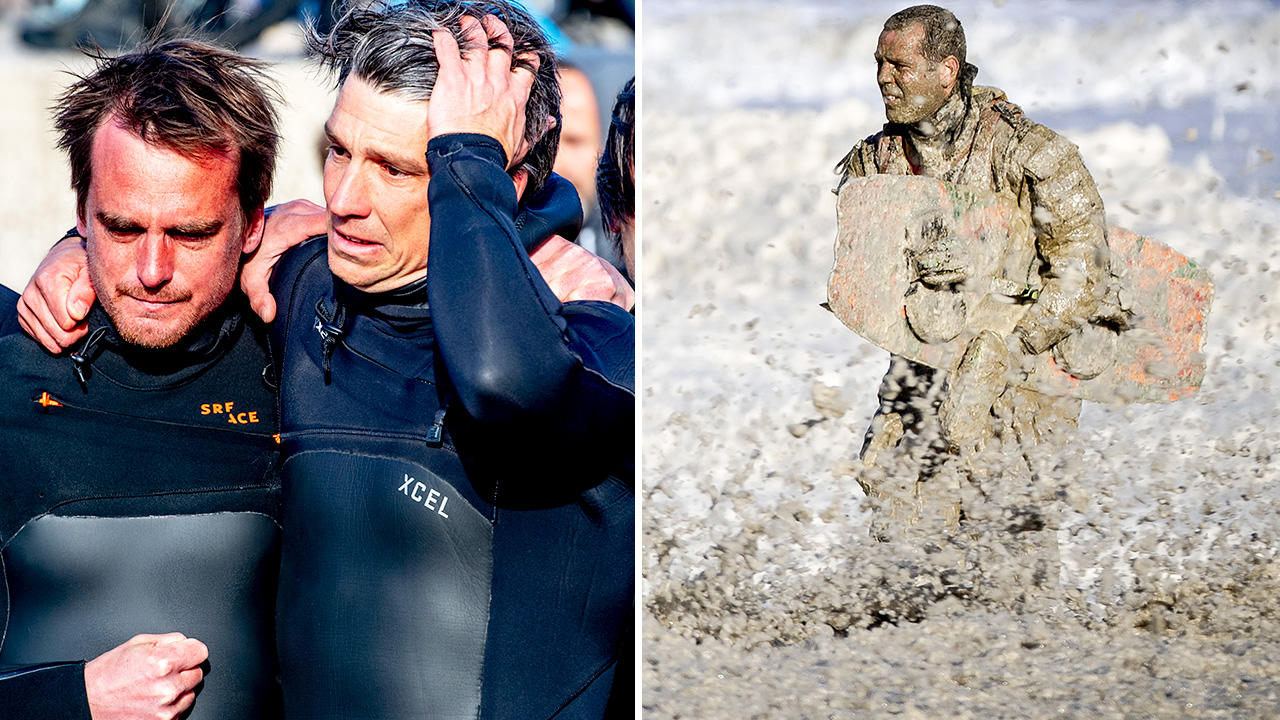 A local surfer has opened up on the ‘crazy’ conditions that led to five men being killed in a devastating ‘foam avalanche’ tragedy in the Netherlands.

Five experienced surfers drowned after they went for a session in stormy weather off the Dutch coast last week.

Dutch authorities say the group jumped into the sea off The Hague and likely couldn’t deal with the combination of heavy weather, northerly winds and swells that hit the coast.

WOW: The ‘crazy’ detail in iconic photo of Michael Jordan

‘IF I DIE’: Harrowing text emerges after WWE star’s death

An additional problem was a thick layer of foam that drifted on the North Sea waters, described by locals as a ‘foam avalanche’.

The men set out from Scheveningen beach and got into trouble when the wind changed direction and up to a metre of foam formed on top of the waves.

Four bodies have been recovered and the Dutch coast guard said a fifth body was seen floating in the waters, drifting out of reach.

Two surfers had worked in Australia

Local surfer Pat Smith has since opened up about the treacherous conditions that day, revealing two of the men had connections with Australia.

“I went training instead and left my phone in the car. When I came back I had 70 or 80 missed calls.

“I rushed to The Shore, the surf shop and hangout on the beach, and saw that a search and rescue operation was underway for the missing surfers.

“We have the sea foam every year … but that day I had never seen it so thick. It was crazy.”

Smith said he knew two of the men killed.

“They were internationally trained lifeguards,” he said.

“They have worked in Australia and received a lot of training from an international water sports association.”

Smith opened up about what the surfers would have faced when inundated by the foam.

“We will need expert analysis, but we think they got caught in the foam and became disorientated,” Smith said.

“If you can imagine swimming with just your head above the water and then there is a two-metre layer of foam above, it means you can’t see and you can’t breathe.”

The Hague mayor Johan Remkes said it was still too early to exactly say what caused the tragedy, especially since the surfers had plenty of experience.

The victims were between 22 and 38 and lived nearby.

“People here know that the sea gives and takes, but the manner in which so many young lives has been cut off is unimaginably cruel,” Mayor Remkes told a news conference.

He described the victims as “fit, young sporty people who know the water there like the back of their hands.”

Festival of Trees needs over 2,000 volunteers

Midlife crisis: How to avoid a meltdown