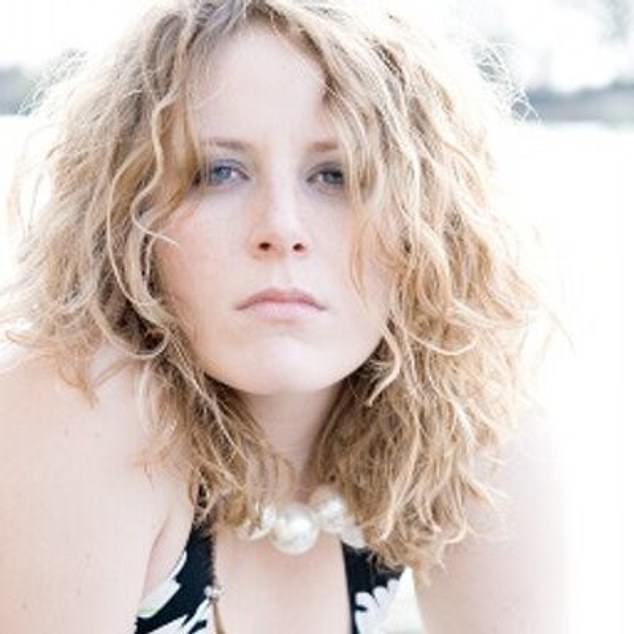 A globe-trotting musician and competitive surfer, who exaggerated illness during a £14,000 disability benefits scam, has been sentenced.

Glastonbury performer October Hamlyn-Wright, 36, posted online videos and photos of herself surfing in Cornwall and Australia and performing gigs all over the country, which were seen by investigators.

When the Department of Work & Pensions (DWP) initially ended her claim she immediately reapplied for benefits and after a two-year fight won her appeal and was awarded £5,800 in back pay.

Surrey-born Hamlyn-Wright, from Newquay, Cornwall wore a large surgical-style mask during the Kingston-upon-Thames Crown Court hearing, which she immediately removed once outside to smoke a roll-up cigarette.

October Hamlyn-Wright (pictured), of Newquay, Cornwall, got disability benefits after claiming she was too ill dress or wash herself. She toured Australia and Scandinavia, and played Glastonbury despite receiving the disability benefits across two years, it was alleged

She was convicted by a jury on one of two counts of making a dishonest representation about her mobility and care needs to the DWP in claims for Disability Living Allowance between October 14, 2015 and September 12, 2017.

Hamlyn-Wright was ruled unfit for physical work by the probation service and was sentenced to a 12-month community order, which includes up to ten days rehabilitation.

No compensation order was made and the DWP will make small deductions from her current benefits until the money is recovered.

Prosecutor Andrew Price told the court: ‘The Crown would say an aggravating feature is the length of time over which the offending was committed and the proceeds of the fraud fuelled a degree of lifestyle that allowed international travel.’ 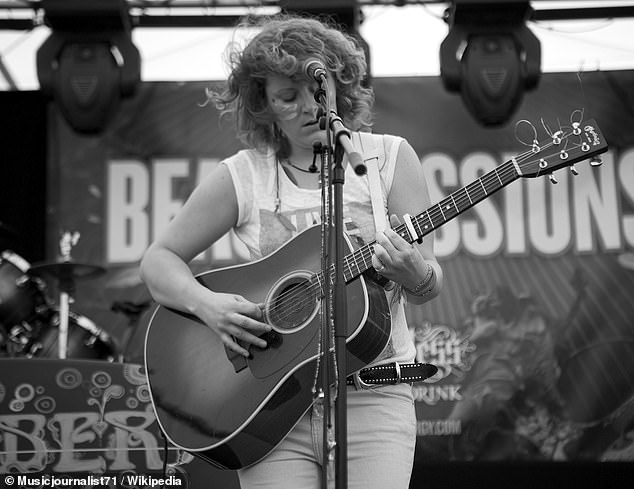 Hamlyn-Wright (pictured), of Newquay, Cornwall, required an assistant to help get ready and showered, it was alleged

Hamlyn-Wright’s lawyer Patrick Harte said: ‘Her problems were compounded for two or more years waiting for this trial. That wait was tremendously difficult.

‘The anxiety she has suffered day to day, without the stress of criminal proceedings, is difficult enough in itself and these proceedings resulted in stress above and beyond.

‘She had her name and photograph and aspects of her life published from here in London to Cornwall, where she spends a lot of time.

‘That is not something defendants usually have to deal with. The experience has been bruising and damaging and not something she would contemplate doing again.

‘She says the risk of her re-offending is non-existent. She has already suffered considerably as a result of these proceedings.’

Prosecutor Mr. Andrew Price told the court Hamlyn-Wright, who performs simply as ‘October’ had posted pictures and videos of herself on Facebook, YouTube and her own personal website.

‘She surfed across the world and Australia and performed at Glastonbury and the Isle of Wight festival and many other venues. 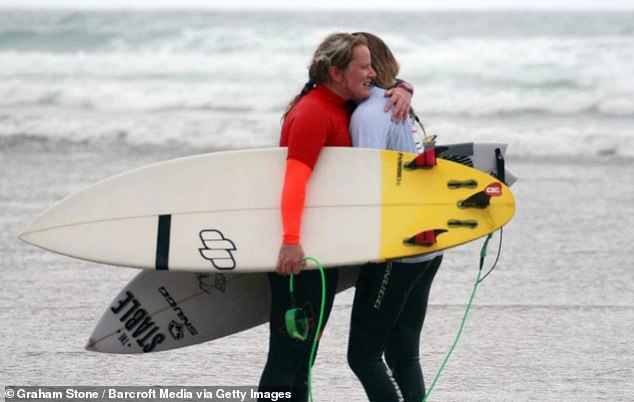 The Cornwall-native (pictured left) called herself ‘a surfing competitor with Boardmasters’, the court heard

‘In the biography on her ‘October Rocks’ website she says she is a professional singer, songwriter, surfer and shark enthusiast and a surfing competitor with ‘Boardmasters’.

‘She says she splits her time between London and the south-west and had performed on nine stages at two festivals and at Ronnie Scott’s Jazz Club, the ExCel, in Gothenburg, Birmingham Symphony Hall and Melbourne.’

Hamlyn-Wright has lived on benefits all her adult life and the court heard she was awarded the higher rate of the care component because she said she required 120 minutes a day for a carer to assist her getting in and out of bed and 60 minutes every day for washing.

Mr Price said: ‘The benefit was awarded on the basis she was virtually unable to walk and needed full-time care.’ 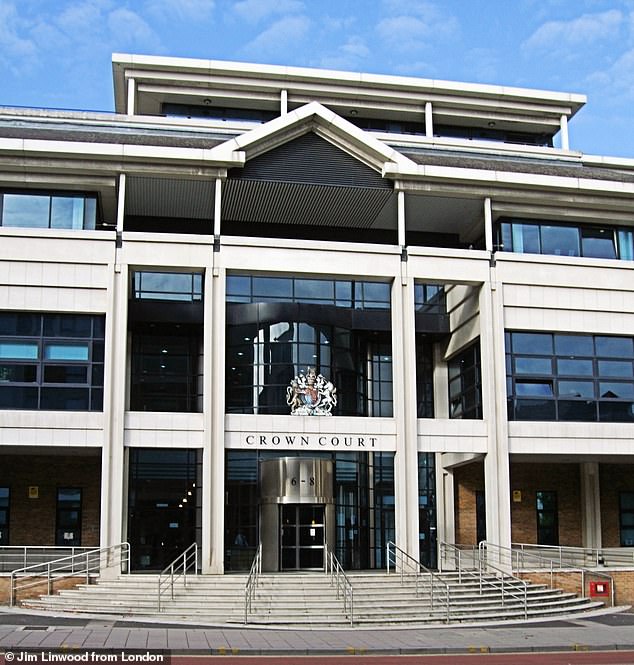 ‘There are videos and photos from 2013 onwards and she was also put under surveillance for a month and is walking, shopping, climbing stairs, performing and engaging with her audience between songs unaided and without obvious pain.’

Judge Georgina Kent told her: ‘It was a claim that became fraudulent and is a serious offence.

‘The benefits system is strained and is carried by those that are hard-pressed and burdened to pay taxes.

‘You have expressed remorse and embarrassment about what you have done and the court has heard you suffer from a collection of mental and physical conditions that a doctor has described as rare.’ 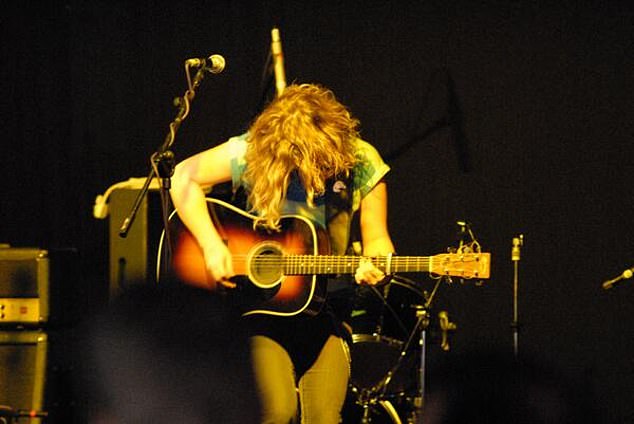 Hamlyn-Wright was awarded the benefit on the basis she was virtually unable to walk and needed full-time care. She’s seen here performing on stage with no obvious pain

She said she had autoimmune disease Lupus, which caused swelling in her lungs that made ‘breathing and existence agonising,’ and suffered stomach pains and leg rash.

Hamlyn-Wright complained of nightly vomiting, pain in her jaw and groin and bleeding lumps on her head and wrote: ‘It’s a complete nightmare and prevents living a normal life.’

Her surfboarding dog Tia, who featured in the video wearing a doggie lifejacket, was trained to assist her by picking up the post and fetching her phone and handbag. 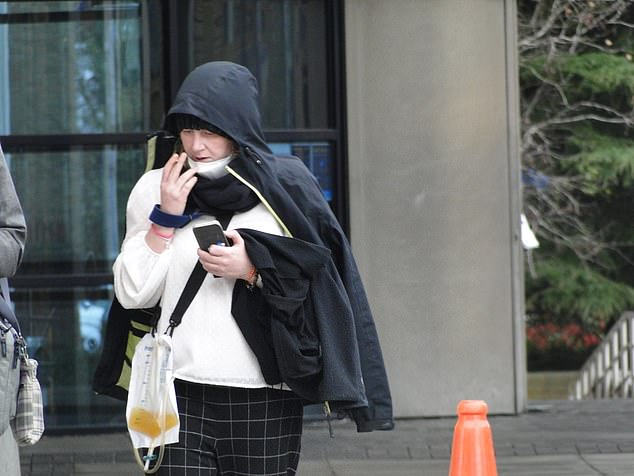 A helpful neighbour puts her bin out, does her shopping and takes her bills to the Post Office to be paid, said Hamlyn-Wright, claiming her ‘legs burn’ simply climbing stairs.

The investigation found her website detailing a hectic lifestyle at the same time she was suffering these ailments and the jury were played another video of her recording a song while playing her surfboard like a drum.

She gushed on ‘OctoberRocks.com’ : ‘I have to keep slapping myself. It’s real I’m playing Glastonbury for the sixth time this year.’

She also competed in the Red Bull surfing series and was featured in Surfgirl magazine. 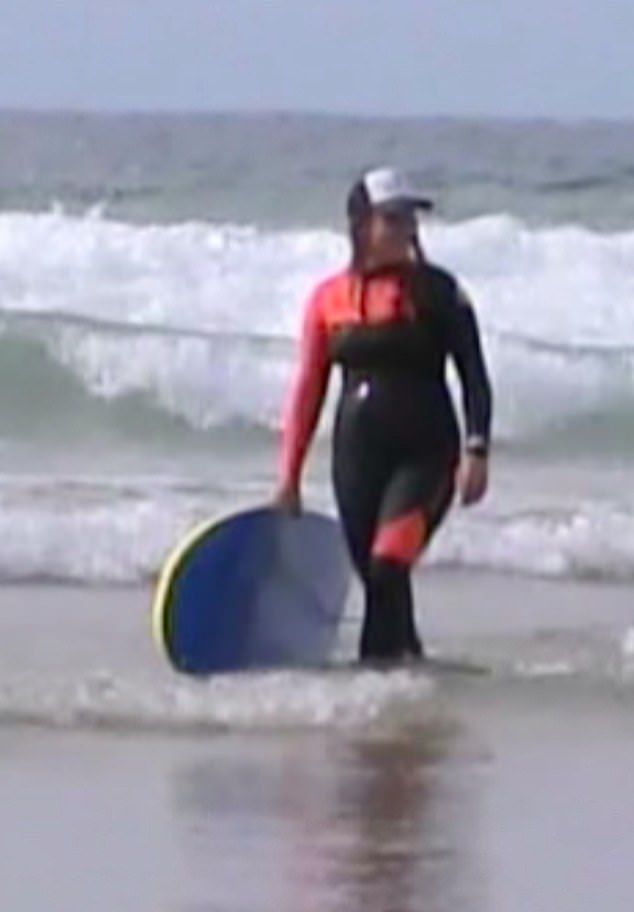 She updated her followers by breathlessly announcing: ‘I’m so excited. I’ll be playing and competing on the world surf tour. Complete madness.’

There were other surfing and diving images of her all over social media, plus mentions of live performances in Newquay, Chepstow, Bristol, Penzance and Camden.

Virgin Australia cabin crew member tests positive to coronavirus and had contact with public, but airline won’t say where