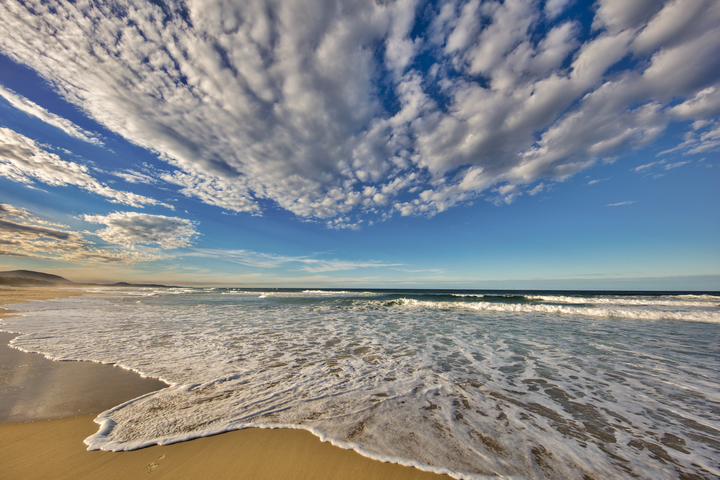 A Dreamtime Legend
Many years ago, during the dreamtime, a beautiful Aboriginal girl named Maroochy was loved by another of her tribe, Coolum, a young warrior whose union to Maroochy had the approval of the elders.
One day a mighty warrior named Ninderry, who belonged to a fierce and warlike tribe, stole Maroochy while Coolum was out hunting. When Coolum returned and found that Maroochy had been abducted, he set off in pursuit following their tracks.
Fearing (as custom decreed) to demand Maroochy’s return from such a fierce warrior, Coolum crept into the camp while Ninderry was asleep and set Maroochy free, before fleeing back to their tribe’s territory on the coast.
Ninderry was furious when he awoke to find Maroochy gone and Coolum’s tracks leading her from the camp. He flew into a mighty rage and set out after the young couple.
When Ninderry caught sight of them, he threw a nulla (club) at Coolum, knocking off his head which rolled into the sea and became Mudjimba Island (Old Woman Island). Coolum’s headless body fell and turned into stone, becoming Mount Coolum.
The Spirit God, known to the Undanbi as Birral, had been watching these events from his crystal throne in the sky and was deeply incensed by Ninderry’s foul deed. He struck him down, turning him into stone where he became Ninderry Crest.
Filled with sorrow at the loss of her beloved Coolum, Maroochy fled to the Blackall Ranges, weeping so much that her tears flowed down the mountain range to form the Maroochy River.
As time passed, she decided to try and find Coolum’s spirit that had gone from his body. To aid her quest, she transformed herself into a black swan (Muru-kutchi) and to this day, journeys up and down the river, flying to the swamps and lakes, searching for the spirit of her treasured Coolum.

These shots showcase our home in beautiful Australia, where we have our daily walks onto this beach from our front door. Our family walks take us to the Maroochy River along the beach for an hour each way where we would pass by 100 people perhaps and more likely 20 dogs. A very unspoilt part of Mother Earth and I wanted to showcase through my artwork a little slice of the paradise I enjoy.

The Mudjimba island (Old Woman Island), mentioned in the story is the island in the ocean in these images. Also you can see Coolum off to the left and Maroochydore in the distance off to the right.

This is a special celebration show offer at a very generous pricing available in two sizes. These prices do not include mounting or framing (which can be arranged at an additional cost).

5% of the sales will be donated to the local Marcoola Beach Surf Lifesaving Club in Queensland Australia.