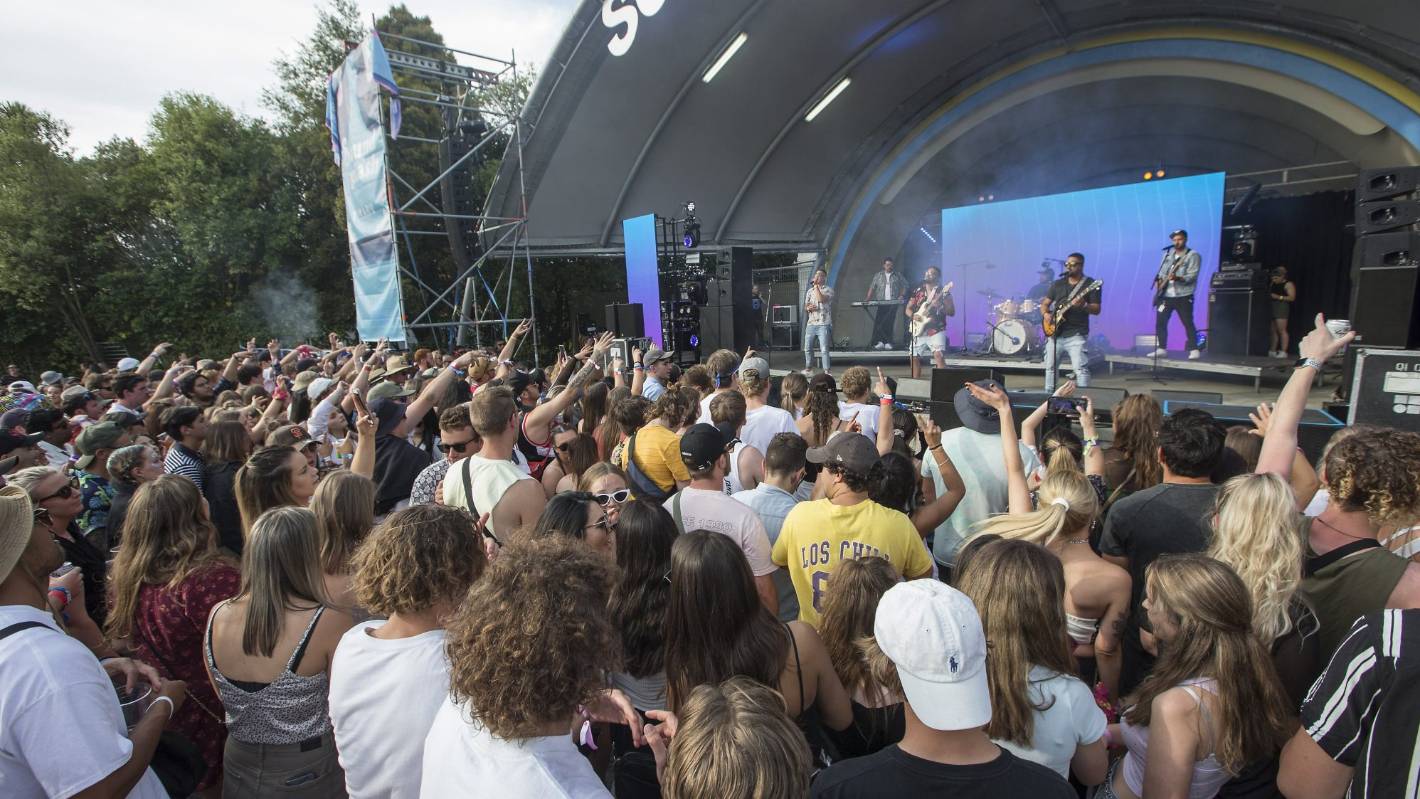 Soundsplash Timaru promoter Mitch Lowe was hopeful it would return next year (File).

The promoters behind the thee-day Soundsplash music festival, held in Timaru in January, are confident they will be able to hold the festival again next year and are making preparations.

Promoter Mitch Lowe said there had been some “logistical issues” with Soundsplash returning to Timaru, as certain companies were a “bit more risk averse at the moment”.

However, Lowe said they had provisionally pencilled in a good lineup, and hoped to confirm whether they would go ahead with the event again in Timaru “over the next two weeks or so”.

At this stage, it was looking “hopeful”, he said.

On Wednesday, Prime Minister Jacinda Ardern announced the guidelines for Covid-19 alert Level 1, which would allow for concerts to take place without size restrictions.

“It’s been a relief,” Lowe said of the announcement.

Although the festival will not take place until January, Covid-19 restrictions and border closures were still a major factor in planning for such an event.

Lowe said the restrictions on international travel would be both a blessing and a curse for national festivals.

“On the one hand, you’ve got a bigger piece of the market because you don’t have the international acts coming which crowd it out.

“On the other hand, the con is that everyone is booking very similar artists, so you have to get more creative with how we position our festivals. There might be more focus on it being more about the experience.”

Lowe said during this festival season, there would be a bigger focus on “up and coming” local acts.

“It’s actually quite exciting,” he said.

Lowe, whose company is also behind Bay Dreams and Good Vibes festivals, said they had been preparing for “multiple scenarios”.

“We were planning for so many outcomes and it meant we’ve had to do three times the work. We’re really excited about the product we’re offering.”

He said the past few months had been “definitely the trickiest” in several years for those organising festivals.

“It’s been a juggling act, but we’ve also learned that we can run a really tight ship even when working remotely,” he said.

“We’ve also learned that people are already really excited to have some things on again. In some ways it’s been better than ever.”

Soundsplash was held in Timaru for the first time in January. The festival has been run at Raglan for more than 15 years. About 2500 people attended the three-day event in Timaru.

WATCH: Australian stars in a campaign for the Sydney Film Festival via M&C Saatchi