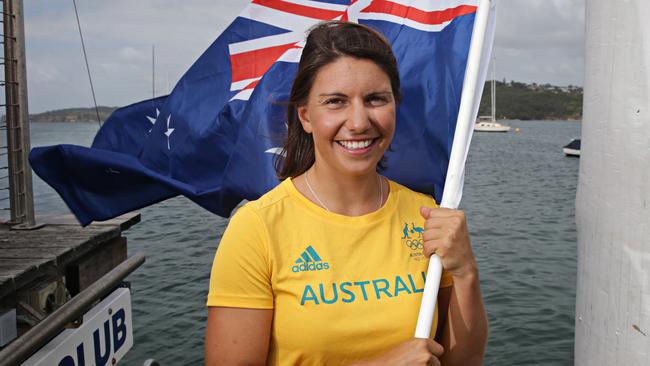 OLYMPIC hero Lisa Darmanin’s parents emigrated to Australia, and she couldn’t be prouder to lead this year’s Australia Day celebrations on the northern beaches.

OLYMPIAN Lisa Darmanin couldn’t be prouder to be at the helm of the Northern Beaches’ Australia Day celebrations.

The sailor, who clinched silver in Rio 2016 alongside her cousin, Jason Waterhouse, is the official ambassador for the January 26 events.

She’ll speak at the citizenship event at the Manly Council forecourt at 2pm.

The 25 year-old is a first generation Australian. Her mum Sally came from England to live Down Under, and her dad Ed has Maltese heritage.

But neither could have imagined their daughter would go on to represent their adopted homeland on the world stage.

“They came to Australia for opportunity. I don’t think they ever dreamt that this would be my opportunity,” she said.

While Darmanin would usually spend Australia Day having a barbecue at the North Balgowlah home she lives with her parents and friends, the former Manly Selective student is

thrilled to be getting involved with the official events.

“We know how lucky we are, but to have a day where we an reflect on that, I think’s really important,” she said.

“After representing Australia and having so many people cheering me on, for me it’s one way to give back.

“I’ll be sharing what Australia means to me, and the journey my family has had.

“I think it’s just a great day for people to get together, relax and just celebrate the ground country we live in. We may as well be in the water or on the water and soak up the sun.”

Since Rio, Darmanin and Waterhouse won the World Cup Final in their event in Melbourne in December, and will compete in Europe in the winter.

Boats in their category, the mixed multihull, are getting a revamp too.

“The next few month are going to be about me working really hard in the gym.”

Meanwhile, veteran singer Kamahl will appear as ambassador at the Newport and Dee Why Australia Day breakfast events.

The singer is famous for The Elephant Song,

Details: See Lisa at Manly Council forecourt at 2pm, when Australia’s newest citizens will be welcomed.