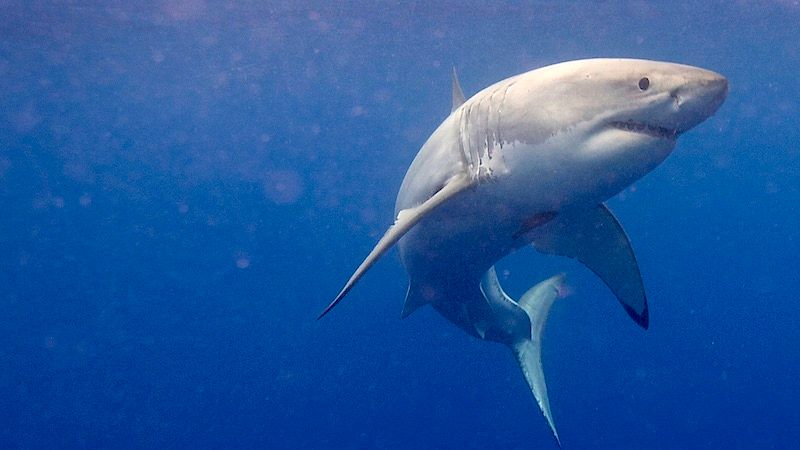 When it comes to shark attacks and shark incidents, the news out there is grim right now. Highlighted by the fatal attack at Snapper in early September on a 46-year-old male surfer, there have been 51 shark attacks so far this year. Of these attacks, 17 were in Australia and 23 were from the USA. In Australia, 6 of them were fatal. In comparison, there were no fatalities last year, one in 2018 and one in 2017.

There are so many different postulations as to why the attack numbers are up. These include rising water temperatures, and growing population due to the sharks placed, possibly incorrectly, on a protected list in Commonwealth waters.

The conservationists are fighting for the sharks to continue to be protected, while more surfers are dying. Amongst it all, Dr Jon Cohen wants to save lives.

Dr Cohen is a member of the Surfing Doctors, and he assembles and sells Shark Attack Slam Packs. We got going with a few questions about the reality of shark attacks, and what we need to do when the real shit goes down.

It’s a good read, and Dr Cohen is more about empowerment with his shark attack kits and first aid kits than unit sales. If you want to know more about the kits, then check them out here

What is the biggest misconception when it comes to a shark bite and immediate treatment?

The biggest misconceptions are that a helicopter and a fancy hospital are what’s going to stop you from dying. That’s unrealistic. It’s a time thing. When it goes down, everything happens very fast. Most bites are on the limbs, meaning they’re considered “compressible haemorrhage” in the medical world. In plain-speak – it means you can usually stop people from dying with very basic equipment and very simple techniques.

What are the biggest mistakes when dealing with on-the-spot shark bites?

This is a bit of a tricky question. I’ve had a few patients that have made it to hospital with shark bites, and have had numerous in-depth chats with people who’ve either been bitten or seen someone die. Still, without actually having had to save a loved one, it feels a bit fake to say “this or that went wrong, and they should have done this.”

It’s a crazy situation to be in, and my heart goes out to anyone who’s had to deal with it. What we’re trying to do is empower people to keep doing what they love doing. However, to do it with a bit of knowledge about some very simple-to-perform techniques that will keep more people alive after shark bites. In general though, when really gory stuff happens a sort of group paralysis can set in. We think that knowing what to do ahead of time will take a lot of that away. It really just takes one person stepping up in a calm, assertive way to set the tone and everyone else sort of falls in line.

We see it in crisis situations in the Emergency Department all the time. It’s a vital part of resuscitation referred to as “human factors” and is an essential quality for good acute care physicians, nurses, paramedics and first-aiders to have a handle on. Again, not having a go at anyone, or saying that anyone who’s died shouldn’t have.

Minor bite, lots of blood and drama. What do you do?

Blood’s a tricky little devil – it can look like so much more than it is, especially when mixed with drama and water. The American College of Surgeons put together an excellent course for laypeople to deal with significant bleeding called “Stop the Bleed“.

This was in response to all of the mass shootings over there. They make it super easy, and as I’m a registered instructor for their courses, I like to use their criteria of a life-threatening bleed. These are splurting out, pouring out, soaking through a towel or clothing, pooling up on the floor, or making the victim pale and drowsy.

Major bite, loss of limb, what do you do?

You can bleed out from an amputation in just a couple of minutes. Immediate access to a tourniquet (like, even in the water) is kind of the holy grail in terms of preventing loss of life. We’ve patented some designs for things that could work, but haven’t really been able to get them made. The best solutions currently available for this are:

– the SWAT-T which is cheap, rugged, easy to use and small enough to fit in your chest zip. (Stretch, Wrap And Tuck – Tourniquet).
– the Omna legrope tourniquet.
– a good mate with strong hands that can compress the bleeding while they get you to shore and get a “windlass” style tourniquet on.

Loss of life, massive drama on the beach, what do you do?

Total nightmare. I’m probably not the ultimate expert on this, but I’d guess crowd control is the major issue. Whoever was in control of getting the victim to shore (and is probably all bloody) should assign one person to crowd control and have them clear a perimeter,. This should preferably be someone who wasn’t directly involved in pulling them out or didn’t know the person personally.

In situations like this, there’s likely to be only one physical casualty, but multiple people exposed to severe psychological trauma. That perimeter is critical for not just out of respect for the victim, but also to give those psychological victims some space to recover.

In critical care medicine, we try to do a “hot debrief” after any challenging cases. That time and space for people to connect can do amazing things in preventing long-term psychological trauma to those who’ve done the best with what they had to help. Guilt, shame, grief – these are things that cause serious problems when not allowed out. Airing them early can really stop them from bubbling up down the track in weird and unexpected ways.