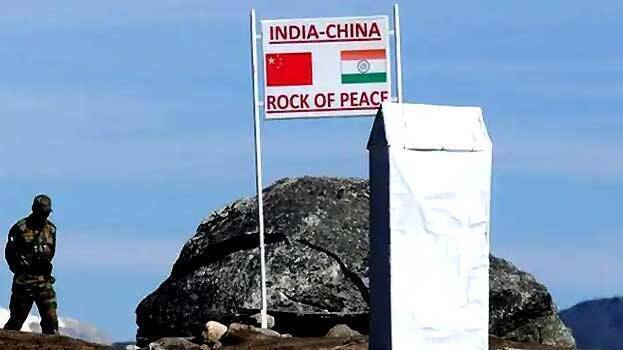 Japan on Friday joined a list of countries that have come out in support of India over its border stand-off with China. Even as the Indian government is trying to drum up support for its stand against China, below are the stands adopted by key players in the world:

The White House on Wednesday unequivocally blamed Chinese “aggression” for the confrontation. Quoting President Donald Trump at a briefing, White House press secretary Kayleigh McEnany said, “China’s aggressive stance along the India-China border fits with a larger a pattern of Chinese aggression in other parts of the world and these actions only confirm the true nature of the Chinese Communist Party (CCP).” The US also welcomed India’s ban on Chinese apps, with secretary of state Mike Pompeo saying these apps “serve as appendages of the CCP’s surveillance state”.

French defence minister Florence Parly conveyed “steadfast and friendly support” to her Indian counterpart Rajnath Singh in a letter on June 29, in which she also expressed “deep solidarity” over the death of 20 Indian soldiers in a violent-face-off with Chinese troops along the LAC on June 15.

“This was a hard blow against the soldiers, their families, and the nation. In these difficult circumstances, I wish to express my steadfast and friendly support, along with that of the French armed forces,” Parly wrote, adding she was ready to meet Singh in India to follow up on their discussions. The move comes at a time when the French Navy is looking at ramping up joint exercises and patrols with the Indian Navy in the Indian Ocean region.

Japan on Friday backed India in the border standoff with China, saying it opposes any “unilateral attempt to change the status quo” on the LAC. Japanese ambassador Satoshi Suzuki tweeted about his country’s support following a conversation with Indian foreign secretary Harsh Shringla. “Japan also hopes for peaceful resolution through dialogues. Japan opposes any unilateral attempts to change the status quo,” he said in the tweet. The move was akin to Japan’s support to India during the 2017 Doklam stand-off with China. It came at a time when Japan is engaged in a row with China over Chinese vessels intruding into its territorial waters around the disputed Senkaku Islands.

Prime Minister Scott Morrison referred to the India-China standoff when he launched Australia’s 2020 Defence Strategic Update and 2024 Structure Plan on Wednesday. “Tensions over territorial claims are rising across the Indo-Pacific region, as we have seen recently on the disputed border between India and China, and the South China Sea, and the East China Sea,” he said.

The Indo-Pacific area is the epicentre of strategic competition and the risk of miscalculation and even conflict is growing, he said. While hiking Australia’s defence budget to $270 billion for a 10-year period, Morrison said it wouldn’t just be China and the US that will determine whether the region “stays on path for free and open trade, investment and cooperation”, but India, Japan, South Korea, Indonesia, Malaysia, Singapore and Vietnam too have choices to make and parts to play.

The remarks came against the backdrop of Australia banning China’s Huawei from its 5G sector and blaming a “sophisticated state actor” for extensive cyber-attacks on the government, essential service providers and critical infrastructure.

Though members of the Association of Southeast Asian Nations (Asean)have been silent on the India-China standoff, the leaders of the 10 states in grouping recently rejected China’s claim to almost the whole of the South China Sea. They said the 1982 UN oceans treaty should be the basis of sovereign rights and entitlements in the disputed waters.


The leaders took the position in a statement issued by Vietnam on behalf of the bloc on Saturday. “We reaffirmed that the 1982 UNCLOS is the basis for determining maritime entitlements, sovereign rights, jurisdiction and legitimate interests over maritime zones,” the statement said, referring to the UN Convention on the Law of the Sea, which defines rights of nations to the oceans and demarcates exclusive economic zones. The move came as two US aircraft carriers began joint exercises in the Philippine Sea.

Britain, which is having its own problems with China over a tough new security law for Hong Kong, said in reference to the India-China stand-off that “violence is in no one’s interest”. UK Prime Minister Boris Johnson on Wednesday said China had committed a “clear and serious breach” of the agreement under which Hong Kong was handed over to Chinese authorities. Earlier, a British high commission spokesperson expressed concern about the stand-off with China and said, “We encourage China and India to engage in dialogue on issues relating to the border – violence is in no one’s interest.”

Best Gear For Navigating Your Next Adventure