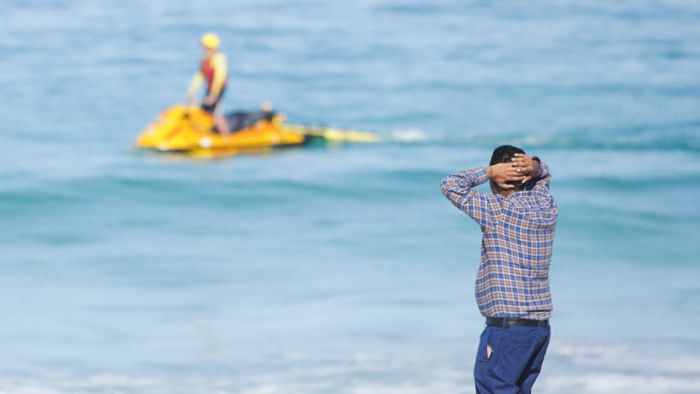 The search for a 16-year-old boy missing off Scarborough Beach in Perth’s north has turned into a recovery operation after surf lifesavers and police spent the day combing the water for any trace of him.

Police received a call for help at around 8:00pm last night, after someone at the beach saw four young people in difficulty in the water.

Three of the group made it back to shore with the help of a bystander but a fourth, the 16-year-old, did not and was reported missing.

After an extensive search from the water, land and air from Scarborough to past Trigg Beach, WA Police Acting Inspector Cindy Morgan said the chances of survival beyond this afternoon were low.

“Search assets will remain, however they will be reduced as we move from a rescue to a recovery operation,” she said.

“This is a tragic incident, and we’re going to support everyone involved including family, friends and witnesses.”

It is believed the boy was an inexperienced swimmer.

Police said his next of kin was overseas, with his mother in Ethiopia.

Search efforts on the land will continue into the night.

Police are also looking for the person who spotted and helped the group from the water.

Damian Vucic was one of the locals who took part in the search on Monday night.

“A friend of mine called up and said there was a kid missing so I went and got my 4WD, got spotties, torches, angled my spotlights into the ocean,” he said.

“We were out here for about five, six hours just circling the coast up and down, walking all the reefs up in Trigg and wading through the seaweed just trying our hardest to find him and locate him.

“There were a lot of locals scattered across the coast with torches, phones, just doing their part trying to help.”

Mr Vulic said it was devastating there was still no sign of the boy.

“The whole of the community, the whole of Perth is with the family,” he said.

“It’s a devastating thing to have to go through and to still not have an answer is just terrible, terrible.”

Local surfer and former surf lifesaver Michael Prosser said the area where the boy was swimming was prone to “a decent number of rips”.

Did you know we offer a local version of the ABC News homepage? Watch below to see how you can set yours, and get more WA stories.

(Hint: You’ll have to go back to the home page to do this)

“The banks can be pretty nasty at times and I’ve pulled lots of people out of here, as have many others, both on duty and off duty.

“You don’t even need to be in deep water and you can be pulled off a bank into a gutter and if you don’t know what to do, you’re in need of help.

“What you’d hope is that he’s gotten himself to shore and he’s gone to a mate’s place and he’s just missing.

“You’ve just got to hope that he’s gotten himself to the beach if he wasn’t able to be found at the time.”

Liam O’Farrell Power said he had tried to swim at Scarborough Beach yesterday and despite being a good swimmer, he was getting knocked around by waves.

He said the conditions would have been difficult for inexperienced swimmers.

“You just get sucked out and you don’t really stand a chance,” he said.

“If you weren’t too able you’d be caught in a bit of trouble, especially if there’s no lifeguards around and no one to rescue you.”

Temperatures in Perth reached an early high of 35 degrees Celsius yesterday but dipped to 17C overnight.

The Bureau of Meteorology said sea temperatures were around 21C last night.

9 Uber-Stylish Australian Families On What Family Means To Them