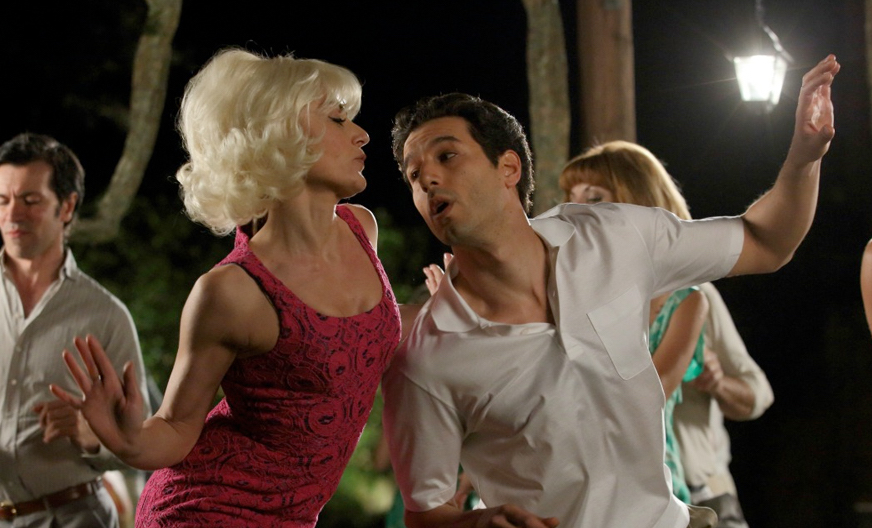 Discussion is a defining quality of the San Diego Italian Film Festival. So when it canceled all its films for the foreseeable future because of the coronavirus pandemic it had to find another way to foster a conversation about film.

San Diego Italian Film Festival (SDIFF) wants to create some structure during these uncertain times. So it’s offering a pick of the week each Monday for people to stream, then a short film from its Ristretto program on Wednesday, and a discussion on Sunday.

“So that’s the idea to maintain the community, because we have a saying in Italian: ‘It goes away from their eyes, away from your heart.’ And we don’t want for that to happen,” said Diana Agostini, president of SDIFF.

“Our people, our audience comes to us because they love the movies, they love Italy and are related to it somehow or they identify with it,” Agostini continued. “But at the same time what they really appreciate from our meetings, in-person meetings are that sense of community. And we understand that with the current situation, we’re not just missing out on showing our programming, our movies. But we’re missing out on connecting with these people at a personal level and having those conversations, which are the things that we pride ourselves as of.

Antonio Iannotta, artistic director for SDIFF, was very excited about gathering a community of people online to discuss film. The first film the festival asked people to stream was the 2013 comedy “Latin Lover” that offers a warm send-up of Italian cinema through the portrait of a fictional Italian sex symbol, who is being remembered a decade after his death by his various wives and daughters.

Iannotta held the festival’s first online Zoom meeting to discuss the film this past Sunday.

“And so when I started, I was very positive and with a lot of positive vibes and energy. And I really wanted to talk about the movie, and then I was in total, total shock. I must be sincere. I was not expecting that. I was not ready to deal with that.”

“That” was a Zoom bombing of the meeting by uninvited attendees who tried to disrupt the discussion with juvenile and offensive comments. The incident probably occurred because SDIFF had shared the Zoom meeting link on social media in an attempt to encourage people to join the discussion.

But Iannotta is undaunted.

“The reason why I’m very excited about the platform is to have a real interaction. I’m doing that,” he said. “I’m experiencing that with my students, with 20 people. It’s great. Of course, I don’t want to be doing that in 6 months. But for now, it’s amazing. You can share the material, you can talk. You can see each other with good quality video. And so there is a lot of potential.”

But moving forward the festival has learned its lesson and is being more cautious in sharing its meeting link.

Agostini is also committed to finding a way to make online discussions work.

“We worked so hard to have such a strong and engaged community around us and we want to stay connected with them. So we’re trying to get creative in these ways. We see art as an integral part of our daily lives and as something that really supports us during good times and bad times,” she said.

Iannotta strongly agreed: “It’s what makes us human beings, we need storytelling. We need art. It is essential, like anything else, like food, water, toilet paper. We need art. Otherwise, we cannot call ourselves humans. And so it happened with Boccaccio’s ‘The Decameron‘ in the 1300s during the Plague. And in the end and it’s happening right now.

“We will see amazing things happening in these terms. People around us are suffering and also are dying. But I think that art, it is never so essential as in moments like the one that unfortunately we’re in right now. But again, it’s an experience that you need to share with other people; that is also essential. So I think, you know, it’s very hard right now, but also at the same time with a lot of potential.”

Agostini is very aware of the special place an Italian film festival holds at this particular moment when Italy has been especially devastated by the coronavirus with the highest total number of deaths of any country at the current time. But Italy is showing how art is still being shared on lockdown.

“It made the news, people on balconies singing together, very famous singers who are doing online live concerts to raise funds. But also just the kind of help people dealing with this situation, which is making people feel also very lonely and very sad on their own and by themselves, starting with this huge struggle, which is not just that of being locked at home, but also uncertainty of what the future would look like,” Agostini said.

SDIFF has re-scheduled its Zoom discussion of “Latin Lover” for Wednesday but is only sending the meeting link to its members and people it knows. For the future, it is considering other platforms or ways of engaging people in virtual discussions and it is being more mindful of security measures to use when conducting online events.

Satisfy your celluloid addiction with the Cinema Junkie podcast, where you can mainline film 24/7. This film and entertainment series is run by KPBS Film Critic Beth Accomando.

So if you need a film fix, want to hear what filmmakers have to say about their work, or just want to know what’s worth seeing this weekend, then you’ve come to the right place

I cover arts and culture, from Comic-Con to opera, from pop entertainment to fine art, from zombies to Shakespeare. I am interested in going behind the scenes to explore the creative process; seeing how pop culture reflects social issues; and providing a context for art and entertainment.