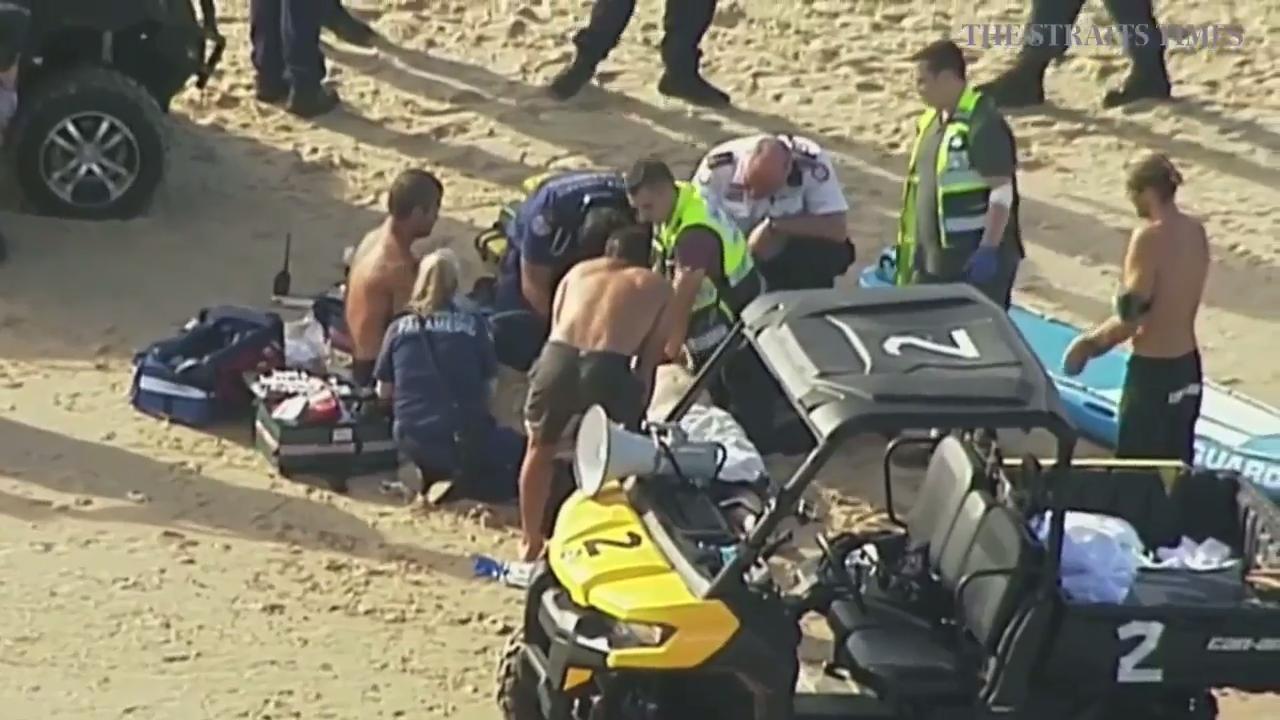 SYDNEY (REUTERS) – Notices in several languages emblazoned with the symbol of the skull and crossbones caution against the risk of being swept off the rocks at Maroubra Beach in Sydney’s eastern suburbs.

But the warnings were not enough to prevent Nepali university students Shristi Bhandari, 23, and Sudeep Uprety, 26, from walking beside an ocean pool towards a rocky ledge on the eve of Valentine’s Day, a trip from which they did not return.

“They didn’t think it would take their lives,” said Sanskriti KC, a close friend who identified the bodies after they washed up later. “They were unaware, we are unaware.”

The couple were among 92 people who drowned at beaches and waterspots during another tough Australian summer from December to February, says water safety educator the Royal Life Saving Society.

Summer deaths, whose average has hovered around that figure in the past five years, remain stubbornly high, provoking questions why a government-funded campaign to halve drownings by 2020 has failed to reduce the figures.

With almost one in three Australians born overseas, water safety advocates want regulations changed to benefit those hailing from countries that lack a strong swimming culture.

Insufficient government funds are spent on teaching safety skills, such as floating, to migrants and other groups at risk, said surf safety educator Craig Riddington.

“Instead it goes into layers of administration,” added Riddington, a former world Ironman champion and official of Surf Educators International.

Reviews of the water safety programmes found they are”highly efficient and effective, with significant levels of community support,” Australian Minister for Health and Sport Greg Hunt said in a statement.

“Our members spend a lot of time searching for bodies of people not wearing life jackets, which should be mandatory,”said Harvey, who helps patrol a notorious rock fishing platform called Snapper Point, north of Australia’s most populous city.

Up to 65 per cent of those who died rockfishing in Australia in the past decade were born overseas, mainly in China and South Korea.

The circumstances of those swept off rocks, including Bhandari and Uprety, are often the same: an area appears safe until a bigger-than-normal wave engulfs an unsuspecting visitor.

Now in the ocean, the panicked person tries to swim back to the cliff face, only to be dashed against the rocks. Lacking floating or swimming skills, and without a life jacket, it is tough to find a safer route back.

But a dispute still rages whether anglers on rock platforms should wear life jackets, which fishing groups say could endanger anglers by restricting their mobility in the water, despite numerous recommendations to make them compulsory.

“All life jackets do is help searchers find a body faster,”said Robert Smith of the NSW Fishing Clubs Association.

Some eastern Sydney beaches are trying out a rule for rock fishermen to wear life jackets, but there are no fines yet for those who do not.

“For rock-fishing, the number one rule is never turn your back to the sea, because that’s very dangerous,” said Indonesian-born Arie Widodo, who hooks for salmon at Bronte Beach. “A fish is not worth your life.”

Research shows the leading cause of beach drownings is rip currents, or fast-moving channels of water that can pull someone away from shore.

“People are dying in rips because they are panicking,” said veteran Bondi Beach lifeguard Bruce Hopkins, estimating that 90 per cent of rescues involved tourists and inexperienced swimmers trapped near shore.

“You start thrashing around, you start losing a lot of energy. It makes it very, very difficult to stay afloat.”

Yet such deaths can be averted with simple training and focused government funding, he added.

More should be done to alert unwary visitors to the risk from the ocean, said Sanskriti KC, who identified the Nepali students drowned after they descended to the water’s edge. “She might have seen the high tide,” KC said of her friend, Bhandari. ‘Let’s go and feel (the water),’ she might have said to Sudeep.”

On the rise down under ⋆ TheVoiceBW