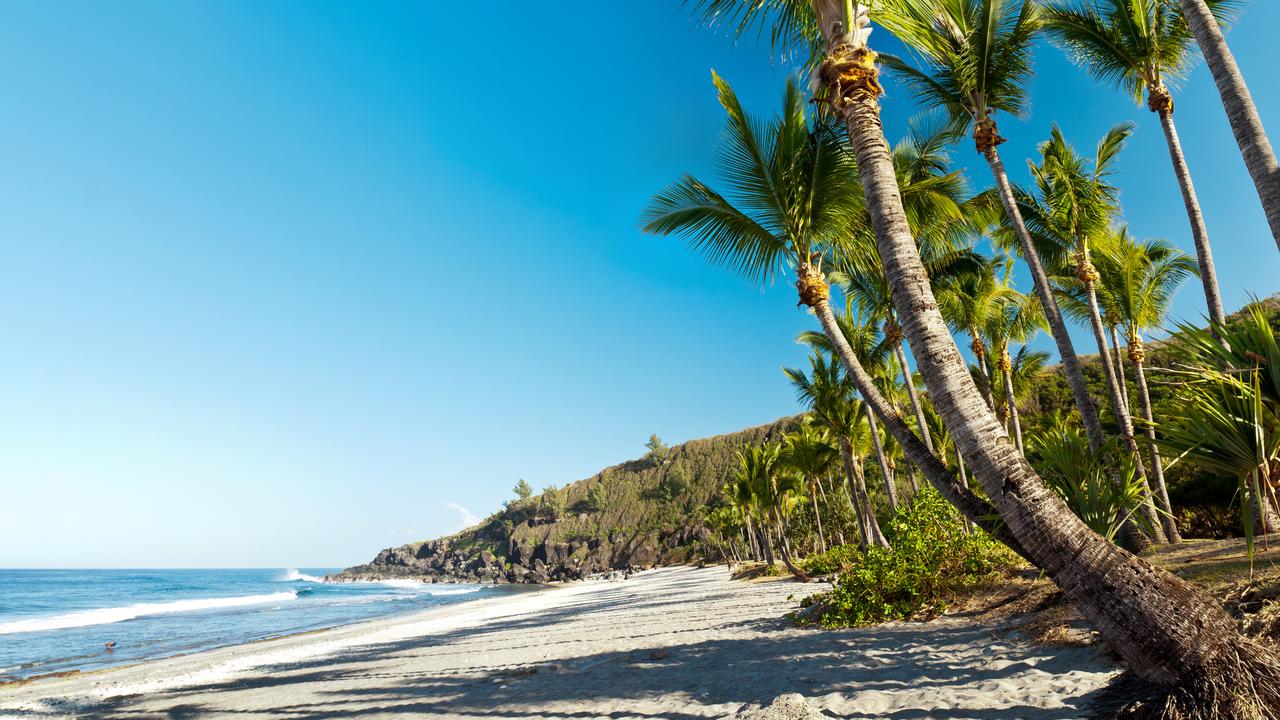 An idyllic island found on the “shark highway” leading to Australia is now so dangerous swimming and surfing have been banned.

A paradise island in the Indian Ocean is so infested with sharks that swimming and surfing have been banned over fears of attacks.

Sharks prowling the waters off Réunion Island, near the coast of Madagascar, have killed 10 people over the last decade.

The French territory has the highest rate of fatal shark attacks in the world with three deaths per one million people – more than three times that of South Africa and vastly more than Australia and the United States.

Bull sharks – large and powerful creatures which can live in both salt and freshwater – are believed to be behind 90 per cent of the deadly attacks.

Surfing and swimming have been banned outside of the island’s relatively safe coral lagoon, due to fears of attacks, since 2013.

And now scientists are attempting to work out what is driving the bloodbath.

Professor Erwann Lagabrielle has made it his mission to figure out why the waters around Réunion are so dangerous, 9 News reports.

His research shows the probability of being attacked by a shark at Réunion increased “by a factor of 23” since the 1980s.

Dr Lagabrielle was inspired to figure out the island’s deadly riddle after witnessing his friend being attacked by a 2m bull shark in 2015.

While the friends were swimming at Saint-Leu, Dr Lagabrielle saw his friend Rodolphe Arriéguy get attacked just 20m from him.

“The water was white foam and then the white turned to pink and the pink turned to red,” he said.

“I swam to my friend and that was the most frightening thing – I was swimming against my own instinct.”

Dr Lagabrielle found his friend had been bitten on the arm and he made a makeshift tourniquet from his surfboard leash.

Managing to stop the bleeding, he then dragged him back to shore.

His friend, 45, survived the attack – but lost his arm.

“The question, next is what can explain this increase?” Dr Lagabrielle said as he continues his studies into the spike in shark attacks.

“It’s either an increase in the population of sharks or a change in their behaviour.

“These can be explained by other factors such as change in water temperature, fishing targeting shark populations.”

The island is found on a so-called “shark highway” in the Indian Ocean between Australia and South Africa.

Theories have suggested its active volcano Piton de la Fournaise could be helping to draw in the sharks.

Réunion Island’s government has attempted measures such as culls and investing in anti-shark studies in an attempt to get a handle of the attacks.

Some of the most recent suspected attacks include the British man Richard Martyn Turner, 44, whose severed hand was found inside of a tiger shark in November 2019.

Kim Mahbouli, 28, a French tourist, was attacked and killed by a shark while surfing in an area in which swimming was banned in May 2019.

Fisherman Floris Huet died after a shark tore off his left leg while he was with friends in January 2019.

In 2020 there were 57 shark attacks in the deadliest year since 2013 with 10 unprovoked bites resulting in deaths.

The University of Florida’s International Shark Attack File suggested the death rate may be an anomaly as the number of total attacks continued to fall – saying “one year does not make a trend”.

It had previously been speculated that the COVID pandemic leading to more people staying home, overfishing, or even a La Nina weather event could have led to the increase in fatal bites.

Dr Blake Chapman, a marine biologist who examined shark neuroscience for her PhD, told Guardian Australia some attacks with multiple bites suggested the sharks may be preying on humans.

“In some of the cases this year it sounds like the shark hung around and bit more than once, which is unusual behaviour for great white sharks,” she said.

“When they bite more than once it’s more likely to be fatal as there’s more blood loss.”

The three children of Bill and Melinda Gates will barely get any of the billions their famous parents have made in inheritance – and Mr Gates says there is a simple reason why. After this New Zealand man went on a date with his girlfriend to the zoo, he ended up in jail for three years. Here’s why.