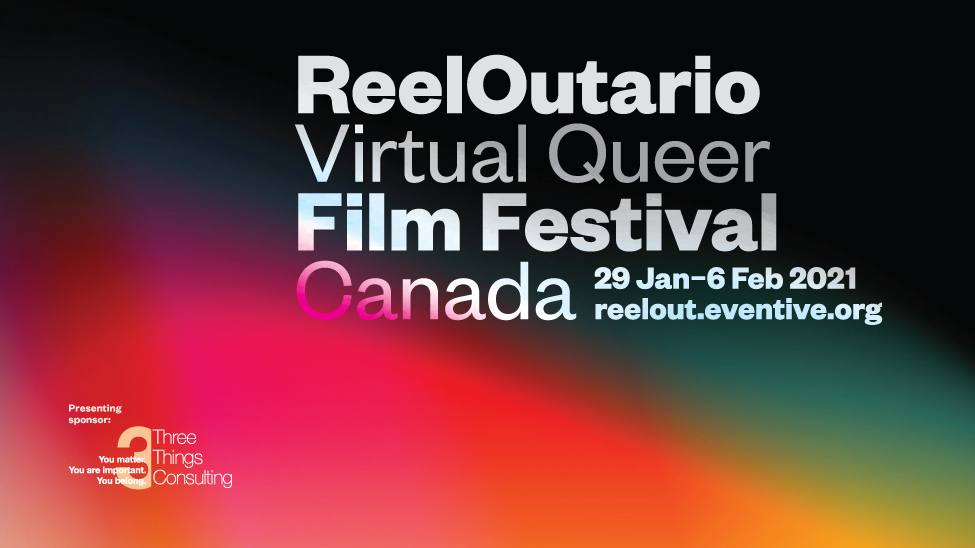 The Reelout Queer Film Festival is launching their 2021 edition at the end of the month. Due to the pandemic, the festival will be entirely online this year, but organizers say this year’s festival will still represent 18 countries through short and feature length productions.

Between Friday, Jan. 29 and Monday, Feb. 8, 2021, Reelout audiences will be treated to 56 short films from across Canada and around the world.

“It’s been interesting to say the least,” Matt Salton, Executive Director of the festival, said about planning a virtual festival. “Or perhaps it’s also saying the most. I think Reelout had a bit of an advantage to planning remotely as we have always programmed the films by a committee, each remotely working from home, from early May to October each year when we eventually make our official selections.”

“There are a total of 12 of us on the programming committee,” Salton continued, “and we were faced with judging well-over 1000 submissions from around the world. That’s seven times higher than normal due to Reelout signing up for an online festival submission platform called Film Freeway.  Luckily many of us had lots of down-time to watch movies!”

Salton also says that holding the festival during the pandemic goes against much of what the Reelout festival strives to do – bringing people of different communities together.

“Obviously the biggest difference is transitioning to a virtual festival, rather than a theatre-going experience at The Screening Room downtown and our social engagements,” he shared with Kingstonist. “While it has been a learning experience to plan a festival online, it’s also antithetical to our organization’s mission to draw communities together. January/February can be an exceptionally lonely time of year, now more than ever before, and I know many people look forward to the opportunity to be social with like-minded individuals over 8 to 10 days [of the festival], so this isn’t an ideal situation but we are making the best of a shady situation.”

Salton went on to say that this year’s content tried to stay a bit on the lighter side, considering people are already feeling pretty down, thanks to the pandemic. The festival is offering 68 films from 18 different countries over 8 days in 19 different programs.

“We offer short and feature-length documentaries and narratives of all genres. Some programs are all shorts compilations based around a loose theme and other programs combine an animated short film along with a feature film. Our opening selection film, DRAMARAMA, is available to any ticket buyers within Canada as are our Shorts Programs. Tickets or a Festival Pass for ALL of the 19 programs are available to anyone in Ontario,” said Salton

Only viewers within the province of Ontario have access to all programs. The shorts programs, and the Reelout/Three Things Opening Selection are accessible to all viewers in Canada. For details on tickets, and to purchase yours, visit the Reelout Website: https://www.reelout.com/festival-info/tickets-venues/

“We haven’t finished putting content warnings on each program but we don’t recommend any of the films for children,” Salton cautioned. “However, there are two excellent films in our GENDER BENDERS Shorts Program (Boys Don’t Wear Dresses and Girlsboys Mix) that we believe are great for parents to watch with their children as they both deal with young people and gender identity.  The rest of the program’s shorts are more adult-themed however so we’ve ensured that the two family films are first in the stream.”

How to Watch:  If you have an Apple TV or similar device, you can download the Eventive app, find Reelout in their list of festivals, and watch anything you’ve purchased on your TV screens. Otherwise, buy your tickets or pass at Eventive, and once your program starts you’ll have 48 hours to unlock your film and 24 hours to start watching.

Find information on each film: https://reelout.eventive.org/films

The calendar of films: https://www.reelout.com/festival-info/films/

Happy Makar Sankranti: History, significance and date of the festival