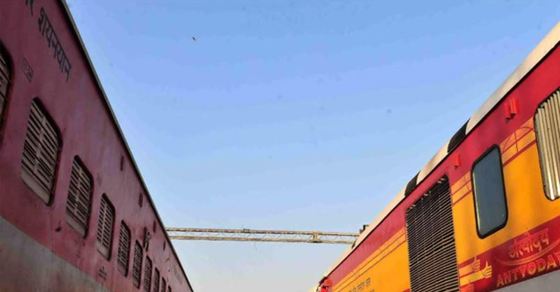 The Railway Recruitment across India will now be carried out differently than it used to be as per the Governments new decision. The Government of India has decided to withdraw the railway posts from Indian Engineering Services and Civil Services exams after it decided to introduce Indian Railway Management Services. The only exception will be the Indian Railway Protection Management Service (IRMS). The information was shared by the Minister of Railways and commerce Industry, Piyush Goyal in Lok Sabha on March 4, 2020.

A question was put up by Kunwar Danish Ali on whether the railways had cancelled the vacancies under ESE 2020 for which the exam was conducted on January 5, 2020. To this question, the Railway Minister replied that the Government had decided to withdraw all intend for services covered by UPSC Engineering Services and Civil Services 2020 except Indian Railway protection Forest Services, IRPFS, as the posts will be filled through an Indian Railway Management Service Exam. Latest Update: RRB Group D Exam Dates: Check important dates, paper pattern, syllabus for Level 1 recruitment here

The exam as told by the minister will be independently or directly conducted by Union Public Service Commission, UPSC. He did not mention when the first exam will be, however. The Union Cabinet in December 2019 had approved the merger of eight Railway services into one to be filled through Indian Railway Management Services. At that time UPSC was given the responsibility to facilitate the recruitment of the Group A services for Railways in the coming recruitment cycle.

After the merger, it was also informed by the railway recruitment board chairman that just like the UPSC candidates, IRMS candidates will also have to appear for the Preliminary Test, after which they will be needing to indicate their preferences from the specialities. Three specialities will be fro technical division and one will be from non-technical division. The candidates can check the Railway Recruitment website for further details.