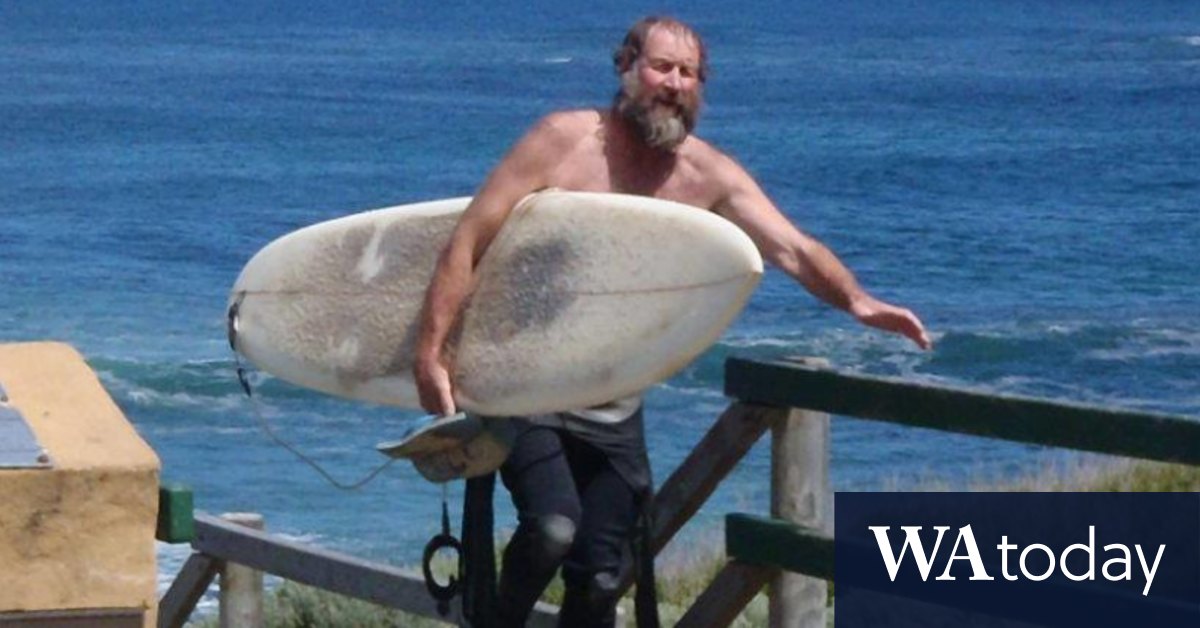 But during his time living at the house, he remained living in his car in the property’s garage, complaining about the heat and wanting the garage door painted white, the court heard.

Prosecutor Michael Cvetkoski told the court that Hardy and the couple had several arguments until they eventually called in a painter to paint the garage, which was expected to take five days.

Hardy took to sleeping in his car, parked at the local showgrounds.

The night before the murder, the couple were forced to stay at the house after access to their Augusta residence was cut off by bushfires.

At 3.40pm the next day, Hardy visited the property to get water for his 4 litre canteen and parked on the front garden.

Mr Graves was outside painting a windowsill when they got in an argument about where Hardy had parked his car, Mr Cvetkoski said.

The argument “exploded” into a physical struggle, with Hardy overpowering Mr Graves, who fell backwards over a shrub, the court heard.

It was then Hardy went for the 1.5m painter’s pole and struck Mr Graves to the chest as he tried to get up, before hitting him again to the left side of his neck.

Mrs Graves tried to resuscitate her husband until the ambulance arrived just before 4pm but he was not breathing or showing signs of a pulse.

Mr Graves had to be flown to Royal Perth Hospital for a brain scan, which delivered the fatal news.

Hardy, who was once the surfer to watch in the 70s surf scene, had been living rough and clearly suffered a mental illness, the court heard.

But a disagreement between opposing doctors’ psychiatric reports over where he sat on the schizophrenic spectrum and how much of that played a role in his attack on Mr Graves was still in dispute.

Defence lawyer Helen Prince told Justice Hall the report from Dr Wojnarowska suggested Hardy was having “delusional thought patterns” and, while impaired mentally, still knew what he was doing.

However, a report by Dr Brett didn’t go that far and called Hardy “a diagnostic dilemma” that couldn’t be easily defined.

Hardy claimed it was “an act of self defence” over being constantly told how to live by the couple, the court heard.

The matter will continue to be heard on May 27.

Aja Styles is a senior writer for WAtoday.

Mandurah heroes recognised at Community Citizen of the Year awards