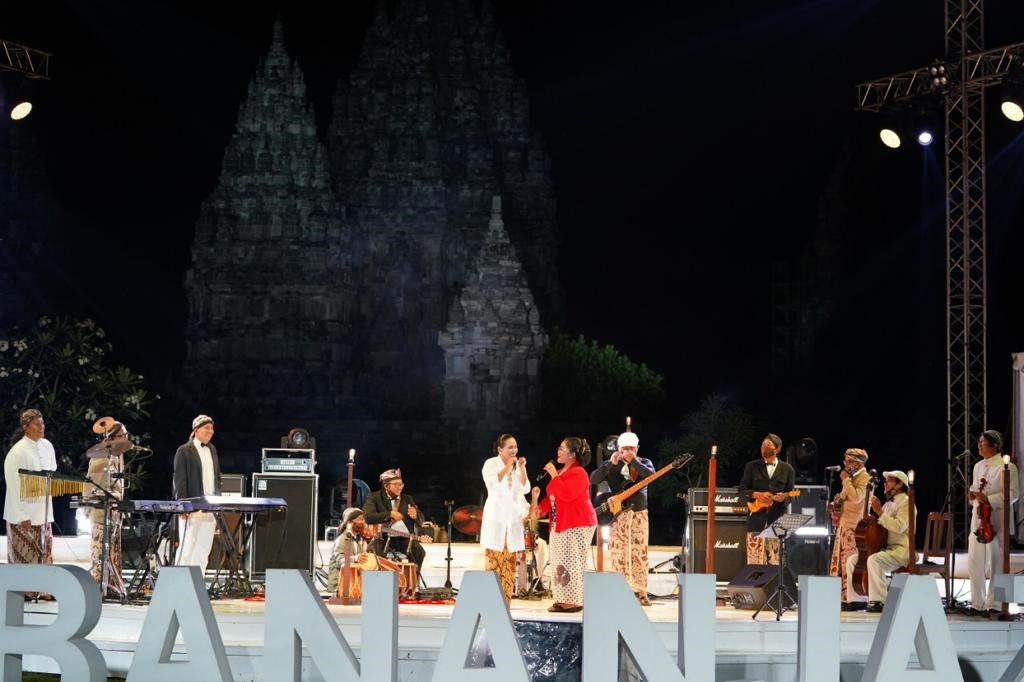 The annual Prambanan Jazz Festival was held virtually from Oct. 31 to Nov. 1, with singers and musicians performing live on the open stage in the complex of Prambanan Temple, Central Java.

Initially scheduled for July 2 to 4, the event was later postponed and international acts canceled their performances due to the pandemic.

Promoter Rajawali Indonesia claimed that the festival was the longest livestreamed concert in Indonesia since the start of the pandemic. It was aired from the temple compound from 4 p.m. to 10 p.m.

Thirteen Indonesian singers and groups performed in the festival.

“I am happy that we can finally perform again. Hopefully this gives us the spirit to rise in this trying time,” Isyana said at the end of her performance.

Other performers included singer-songwriter Pusakata and vocalist Tompi, who also acted as the festival’s visual director. Renowned singer Tulus ended the first day of the festival.

“I’m performing in a different format tonight but the spirit is the same,” Tulus said after singing a string of his hits, including “Gajah” and “Jangan Cintai Aku Apa Adanya”.

A virtual fan wall allowed artists to interact with the audience.

“Although viewers were not present at the venue, they could feel the sensation of enjoying a live concert,” Tovic Raharja of Rajawali Indonesia, said.

During the program, presenters showed scenes from backstage in between performances. A documentary was also screened, featuring interviews and stories about the people behind the event.

Though at times the show had to stop because of rain, the virtual event can be considered a success. Anas Syahrul Alimi, CEO of Rajawali Indonesia, said the event could be considered a hybrid as musicians performed live at the venue.

Tight health protocols were implemented during the two-day event. All performers and crew members were required to show their rapid test results, while officials from the Yogyakarta COVID-19 taskforce were on standby to make sure everyone followed the protocols.

Your premium period will expire in 0 day(s)

Some exciting deals you can avail on smartphones under Rs 20,000