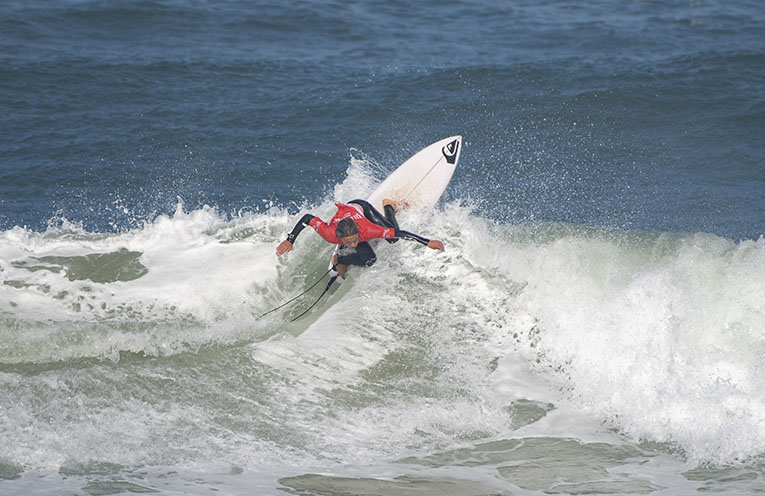 PORT Stephens surfer Eden Hasson has been making a mark on the The Billabong Oz Grom Cup presented by Coopers Surf Australia at Macauleys Beach at Coffs Harbour.

Surfers in the competition have been enjoying pumping four-foot surf.

“Hasson scored a more than respectable 15.37 in the third round,” he said.

With two more days of competition the Port local has more work to do but has started the competition strong.

Lennix Smith (Barrack Heights, NSW) showed why he is considered one of Australia’s most talented up-and-comers as he dominated his 16 Boys round three heat.

Hasson is just one of around 200 competitors in nine different divisions who competed in the series.

Since then, the event has been won by a range of Australia’s best and most promising junior surfers.

Hasson took out second place overall in the competition.