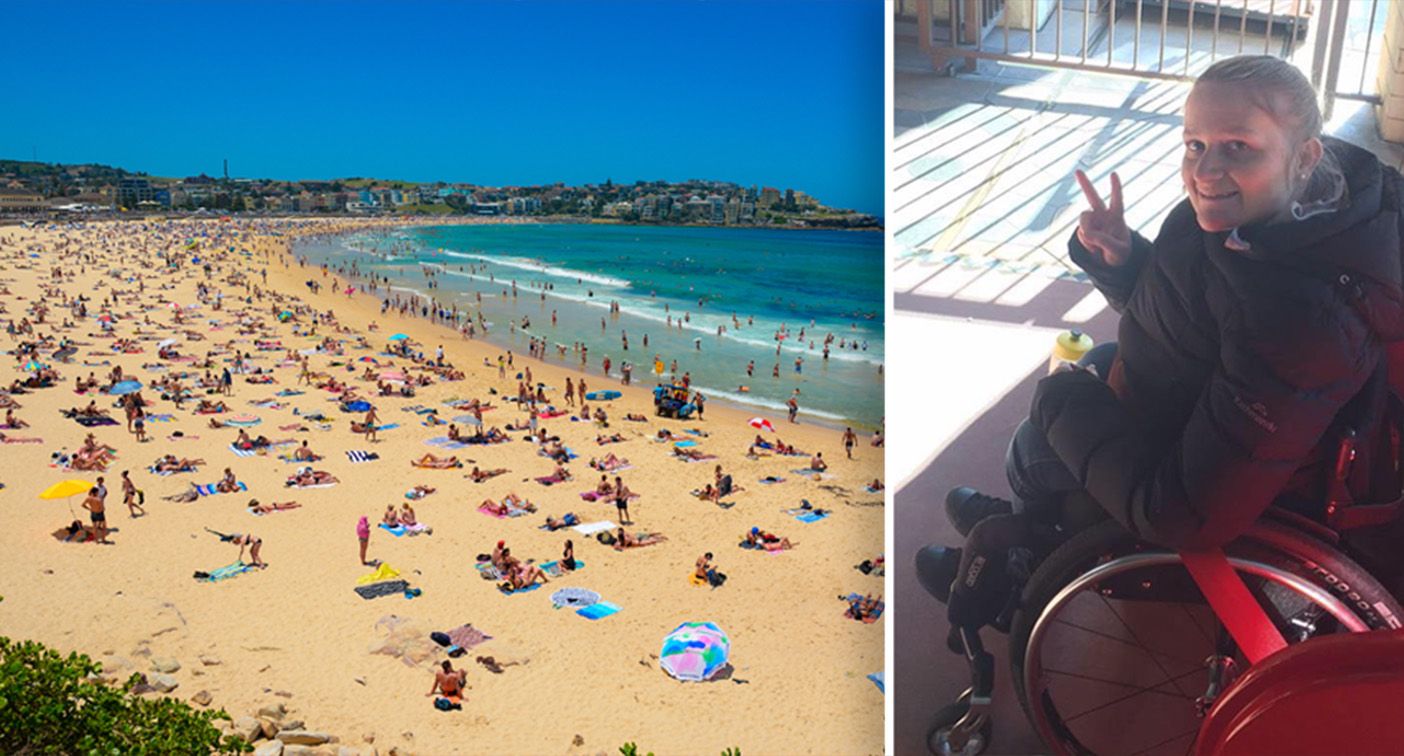 A woman left paralysed from the chest down in a car accident is demanding Sydney’s iconic Bondi Beach undergo a facelift so she and other wheelchair users can “be a part of the fun with everyone else”.

Kate Swain last month started a Change.org petition calling on the Waverley Council to stop limiting those in wheelchairs to footpaths and carparks, saying the popular beach should be “fully accessible, 365 days a year” through a “60 metre” beach mat that leads directly to the hard sand.

Ms Swain told Yahoo7 News she had always seen Bondi as a holiday destination but that quickly changed when a recent trip from her home town of Tamworth left her watching beachgoers from a distance.

“Once we reached Bondi, we got as far as the footpath. We could only look at the beach,” Ms Swain said.

“I loved seeing Bondi Beach and I so wanted to experience it the way everyone else gets to. On the sand, in the water, being a part of the fun with everyone else. I want it to be inclusive.”

The 27-year-old said the solution was not overly complicated – there would need to be beach matting allowing wheelchair users to “travel all the way to the hard sand near the water” as well as ramps that allow safe access to the sand.

“Accessible beach matting is cheap and easy to use. Lifeguards can roll it out daily when they put out the flags,” she said.

The petition has so far received more than 25,000 signatures, 10,000 shy of its goal, with local residents among those happy to see the iconic beach undergo some modifications.

“As a Waverley ratepayer, I would really like to see this implemented,” one petitioner wrote.

“My sister is a quadriplegic and would love to be able to have access to the beach close to her home,” another said.

A spokesperson for Waverly Council told Yahoo7 News they would look to “improve accessibility” as part of their Access Bondi Infrastructure project, but stopped short of saying whether or not they would consider a permanent wheelchair mat.

As it stands, a mat is unrolled at the northern end of Bondi Beach from 8.30am to 2pm on Thursdays and Saturdays, pending weather and surf conditions. There are also two Sandcruizer beach wheelchairs for loan seven days at a week which can be accessed by calling Bondi Pavilion.

While members of the council have been in discussions with Ms Swain, she says the progress has been far from encouraging.

“We have been in discussions with Waverley Council and they are saying what they are doing is enough, but they haven’t really set dates [for what they’ve promised],” Ms Swain told Yahoo7 News.

“They are saying only two years, but two years is a long time – could you imagine not going to the beach for two years?”

Just last week Port Stephens rolled out their new beach access mats at Fingal Beach – a decision that was heralded by Mayor Ryan Palmer, who said it was exciting to offer access to those in wheelchairs, prams and walkers.